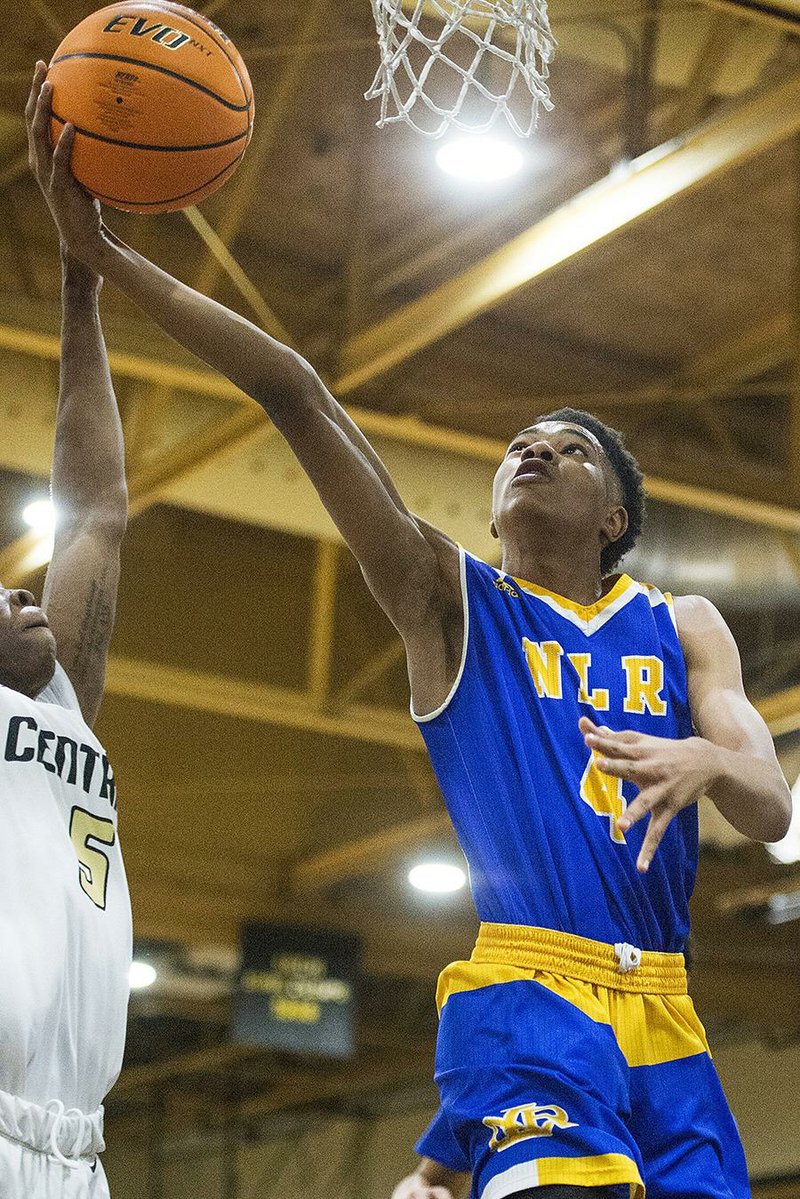 North Little Rock used a dose of youth in its victory over its chief rival to start 6A-Central Conference play.

Sophomore Kelel Ware finished with 19 points, 13 rebounds and 4 blocked shots to lead the Charging Wildcats to a 64-53 victory over Little Rock Central at Boone-Fitzpatrick Fieldhouse in Little Rock.

"He was the difference," North Little Rock Coach Johnny Rice said. "He was a presence on both ends of the floor. That's what we're looking for."

Ware scored 10 of North Little Rock's 12 points in the third quarter to extend the lead to 48-40 entering the fourth quarter.

Central cut the lead to 48-42, but senior guard Craig Collier hit a three-pointer from the right wing to make it 51-42 with 6:11 remaining.

Sophomore guard Cody Robinson's three-pointer pulled the Tigers within 58-53 with 2:08 left to play.

But that was as close as the Tigers would get, as North Little Rock freshman guard Bryson Warren hit a jumper to extend the lead to 60-53 with just over a minute remaining.

"He's been doing that all year," Rice said. "That was a big shot on the break in transition and it came at a good time."

"That was a huge shot by a ninth-grader," Ross said. "He's a great mid-range player. But in that fast-break, I'm hoping he pulls up and misses and that's our chance to win. But he dropped it. They dropped a lot of big shots and ours were going in and out."

The Charging Wildcats led 17-15 at the end of the first quarter. They stretched their lead to 27-17 with 4:35 left in the second quarter on junior guard D.J. Smith's three-pointer and went into halftime with a 36-30 advantage.

Collier and senior center Laityn Sheppard each added 10 points for the Charging Wildcats. Classmate Spencer Simes, who picked up two fouls in the first three minutes Friday, was held to eight points.

The Tigers were without their starting point guard Karter Allen for most of the game after he injured his wrist in the first quarter. Ross said Allen will be out for a couple of weeks. But he said he was proud of the Tigers' performance without Allen on Friday.

"We played so hard despite our shooting woes and despite Carter being out, we still had a chance to win it in the final minute and a half," Ross said. "There's not much more to ask for. The effort was awesome. They played defense the way we wanted them to. The shots just didn't fall."

The Lady Charging Wildcats ended the first quarter on a 12-0 run to take a 21-11 lead into the second quarter. They continued their run, extending the spurt to 19-0 with 4:17 remaining in the second quarter on Arin Freeman's three-pointer en route to a 40-18 halftime lead.

North Little Rock led 53-25 at the end of the third quarter.