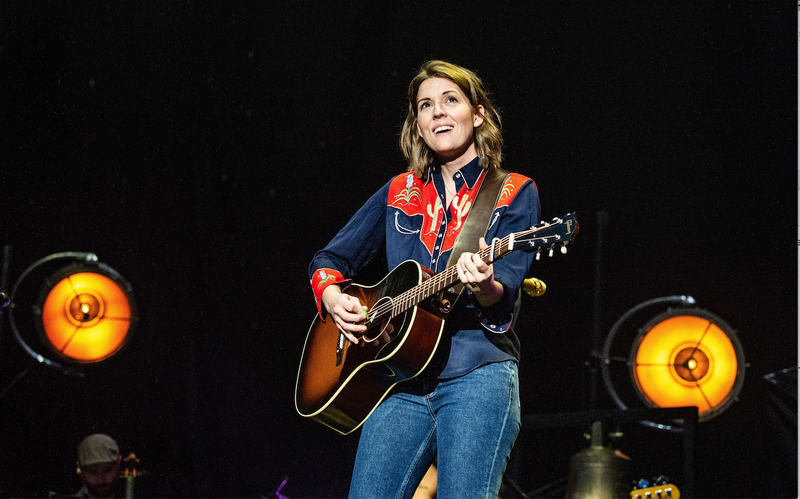 The songs of Brandi Carlile and Rhiannon Giddens stand among the best of the decade. Both are artists of substance and depth. In 2019, they created more vital music and generated adventurous collaborations and soul-baring performances that have rippled out into pop culture.

Their music inspired many, particularly female and minority musicians as they challenged the status quo, such as country music radio's reluctance to play songs by women.

Carlile and Giddens stretched the boundaries of their art, illuminating musical and cultural connections, revering music's past as they challenged contemporary cultural realities of discrimination, sexism and personal relationships.

Carlile, who gave a jaw-dropping performance of "The Joke" from her 2018 album By the Way, I Forgive You on the Grammy Awards in February, seemed to be everywhere and unstoppable as a performer, organizer and producer.

• Carlile co-founded The Highwomen with Amanda Shires, Maren Morris and Natalie Hemby. Their self-titled debut album appeared on many best-of lists as the women's bracing songs and breathtaking harmonies rang with authenticity.

On YouTube.com, check out The Highwomen's performance of "The Chain," their Newport Folk Festival performances with Yola and Sheryl Crow, and Carlile's Grammy Awards performance. The Highwomen focused on real-life experiences -- being a wife, a mother, dealing with love and its betrayals and facing life-changing events.

The group's name and the album's powerful title song are an update of Jimmy Webb's 1977 "The Highwayman," about a soul with incarnations in four different places in history. In 1985, it was popularized anew by the country supergroup of Johnny Cash, Waylon Jennings, Kris Kristofferson and Willie Nelson, who billed themselves as The Highwaymen.

Webb gave his blessing to the Highwomen rewrite.

• Carlile and co-producer Shooter Jennings brought Tanya Tucker back onto the charts with the brilliant While I'm Livin'. The intense, personal album was her first in 17 years and, with her songwriting collaborators/producers, Tucker made the best album of her career. "Bring My Flowers Now" is up for Song of the Year at the Grammys. Tucker also has three country nominations.

• In October, Carlile wowed critics and a Los Angeles audience when she performed Joni Mitchell's beloved 1971 album Blue in its entirety -- with Mitchell in the audience. Carlile also walked her talk about supporting female artists and did opening sets for several up-and-coming women. 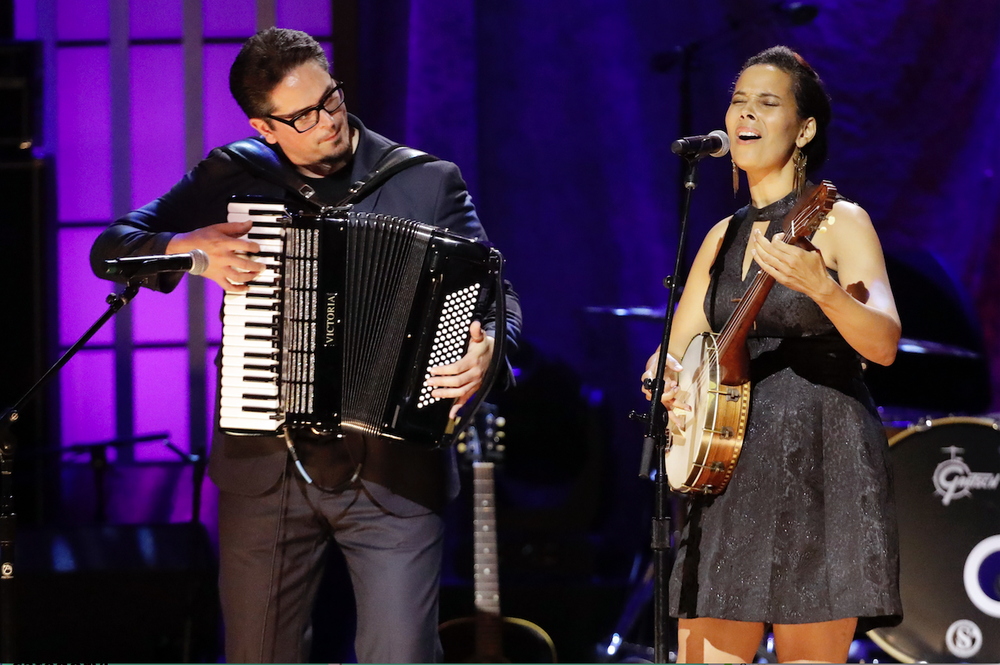 Giddens has carved a unique place in American music. The 2017 MacArthur Fellowship winner was a founding member of the Carolina Chocolate Drops, which drew upon a black string-band tradition. She plays fiddle and banjo and has one of the best voices in American music. Her 2017 album Freedom Highway was inspired by slave narratives and powered by music that draws on folk, blues and more.

• The singer-songwriter also wrote the music for the ballet Lucy Negro Redux, which was performed by The Nashville Ballet in 2019, and she has hosted a podcast focused on her love of opera.

• Giddens released two albums in 2019. First, she assembled a group that records as Our Native Daughters. Their album, Songs of Our Native Daughters, focuses on themes of gender, race, sexual assault and more. Joining Giddens are Allison Russell, a Canadian roots music singer/multi-instrumentalist; Leyla McCalla, a Haitian American who taps Cajun and Creole traditions and Amythyst Kiah, a rootsy, country blues singer whose voice has the poignant richness of Tracy Chapman.

Giddens' second album was There Is No Other, with Italian jazz multi-instrumentalist Francesco Turrisi. It is a collaborative and conceptual work, with Giddens merging her formidable skills with Turrisi, who taps North African, Middle Eastern and Italian traditions. A 32-minute interview with performances by Giddens and Turrisi can be found at tinyurl.com/qwwk68z; there is a Tiny Desk concert at npr.org/series/tiny-desk-concerts.

YouTube has many videos by Giddens and Our Native Daughters.

Other memorable albums of 2019:

Yola, Walk Through Fire (Nonesuch). A gripping debut by the British singer/songwriter, who is nominated for best new artist at the Grammys.

Orville Peck, Pony (Sub Pop). The Lone Ranger-style masked singer (with fringe) has a voice steeped in country tradition and loaded with Roy Orbison and Chris Isaak sexiness and drama.

Billie Eilish, When We All Fall Asleep, Where Do We Go (Interscope). The Goth teen loves the bass. These tunes are often daring and eccentric, a little creepy and, at times, undeniably lovely.

Mavis Staples, We Get By (Anti-). Her voice is still glorious and rousing.

Solange, When I Get Home. A jazzy, ambient vibe that captivates.

Lewis Capaldi, Divinely Uninspired to a Hellish Extent (Capitol). The Scot's dramatic, rough-edged voice lifts "Someone You Loved" to Adele-like intensity and range.