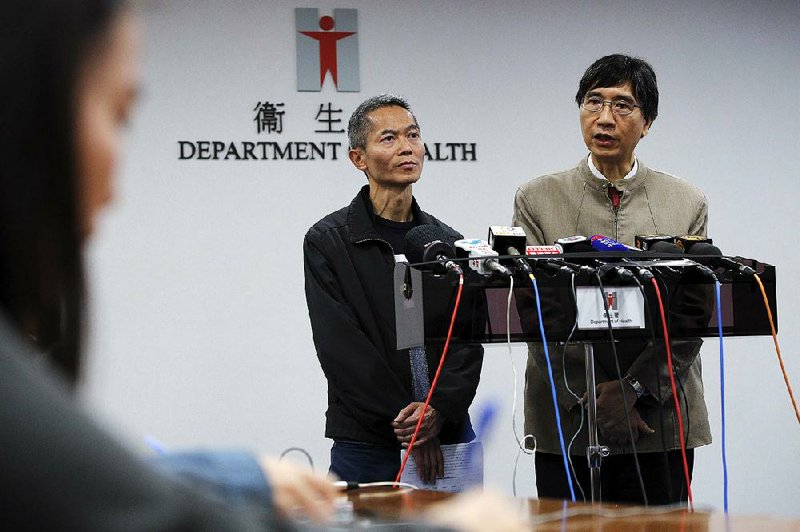 BEIJING -- Health authorities in a central Chinese city Saturday reported the country's first death from a new type of coronavirus, as the government braced for the Lunar New Year travel boom amid concerns over a possible outbreak similar to that of the SARS virus in the early 2000s.

The Wuhan Municipal Health Commission said seven other people were in critical condition among a total of 41 who were suffering from pneumonia caused by a "preliminarily determined new type of coronavirus" as of Friday. That was down from the earlier figure of 59. The others were in stable condition and at least two had been released from a hospital.

The patient who died was identified as a 61-year-old man who had been hospitalized after suffering shortness of breath and severe pneumonia. The commission said the man, who died Thursday, also suffered from abdominal tumors and chronic liver disease and had been a frequent customer at a food market on Wuhan's outskirts linked to the majority of cases.

China says the cause of the Wuhan outbreak remains unknown but has sought to quash speculation that it could be a reappearance of the severe acute respiratory syndrome epidemic, which killed hundreds of people in 2002 and 2003.

Coronaviruses are a large family of viruses, some of which cause the common cold. Others found in bats, camels and other animals have evolved into more severe illnesses.

Common symptoms include a runny nose, headache, cough and fever. Shortness of breath, chills and body aches are associated with more dangerous kinds of coronaviruses, according to the U.S. Centers for Disease Control and Prevention.

China's Transport Ministry said it plans additional measures to disinfect trains, planes and buses and prevent transmission of diseases during the 40-day travel rush centered on the Lunar New Year, also known as the Spring Festival, which this year falls on Jan. 25. The period began Friday and runs through Feb. 18.

"The emergence of the epidemic may cause panic among people, especially in areas where people are concentrated during the Spring Festival travel period," the ministry's chief engineer, Wang Yang, told reporters at a news conference Thursday.

"In order to further ensure the health of passengers, our ministry attaches great importance to the arrangements and deployment, and will focus on the disinfection monitoring and protection measures in areas with a large number of passenger travel volume, including transportation hubs, passenger stations and cargo hub plant stations," Wang said.

Possible cases of the same illness have been reported in Hong Kong, South Korea and Taiwan involving recent travelers to Wuhan. Health authorities elsewhere in China have yet to announce similar cases, despite the high population density around Wuhan and its role as a travel hub for central China.

University of Hong Kong disease expert Yuen Kwok-yung was quoted by the city's official news agency as saying that the genetic makeup of the novel coronavirus was 80% similar to SARS as it had been found in bats, civet cats and humans.

He said it was unclear whether the virus could further change to become more lethal, as the SARS virus did, but said Hong Kong has a robust system for detecting more severe problems among patients.

"So we have to take every measure and closely monitor the situation," Yuen said, according to Radio Television Hong Kong.