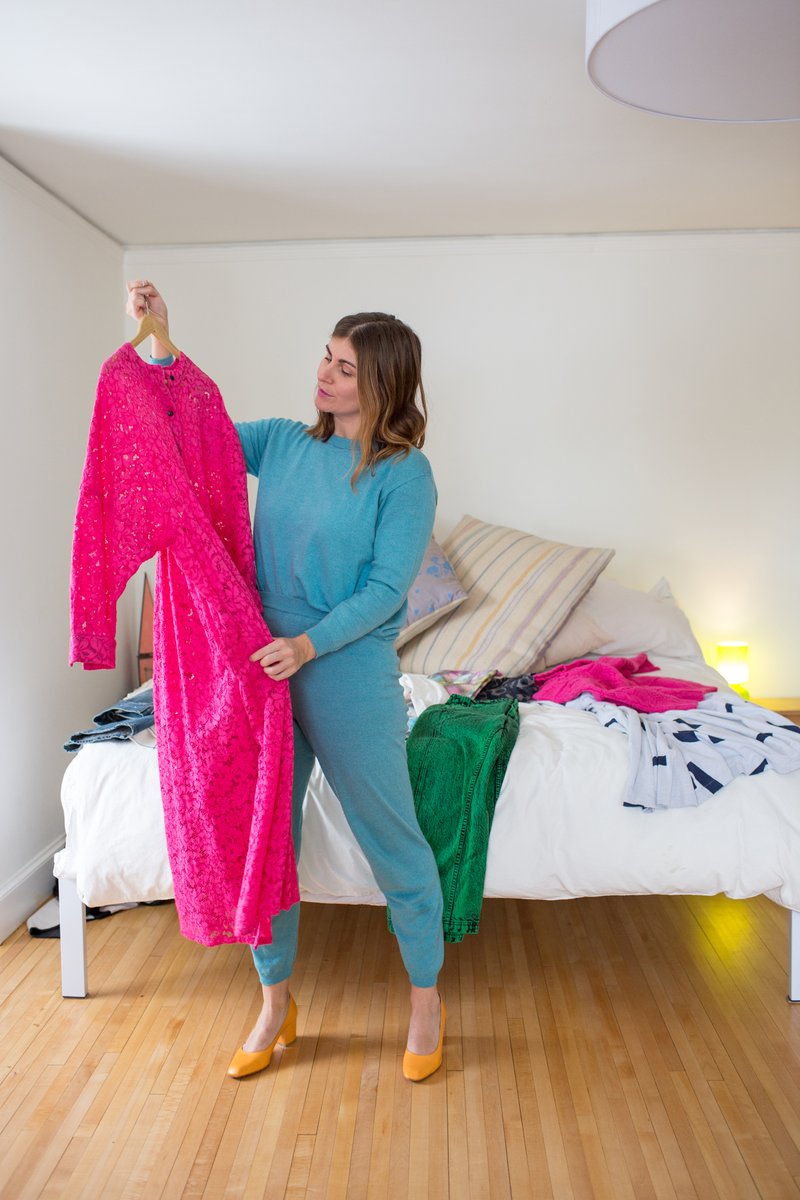 Emily Useche, who is 27 and lives in Arkansas, had just put her baby down for a nap one afternoon when she decided to post some family photos on Facebook. But she didn't simply upload them for friends and family to see.

She also posted the photos to a private Facebook group for a whole other community: A fan club for Pyne & Smith Clothiers. Useche was wearing one of that brand's dresses in the photos -- a style she had posted about once before when she saw it being sold secondhand -- and was ready to show it off. Minutes after she posted, other members replied with compliments for her, and praise for the sunflower check dress she was wearing.

The group, Pyne & Smith Clothiers BST and Chat, is one of a number of so-called buy-sell-trade communities. Part social club and part marketplace, the groups have sprung up on Instagram and Facebook and have, for some users, become a daily place to socialize and shop.

While many serve enthusiasts of mass market brands, others are powered by dedicated followers of idiosyncratic indie brands, the sort rarely featured in glossy magazines and often escape the notice of major retailers. But they have devoted followers, many of whom are attracted by the idea of slow, ethical fashion.

Facebook and Instagram communities can be a very real alternative to traditional retailers, providing shoppers with not only products, but also friends.

"A lot of us are millennials who are trying really hard to take steps toward sustainability," said Lacey Camille Schroeder, 32, and a jewelry designer who lives in Cedar Rapids, Iowa. She created the PSC buy-sell-trade Facebook group. "People buying these dresses tend to be like-minded when it comes to fashion. A lot of them are in the 'crunchy' category."

That line was founded by Joanna McCartney. She stumbled into making clothes in 2014 when she couldn't find a linen dress she liked during the hot Los Angeles summer.

Made of flax linen and produced in California, the dresses look like the kind you could wear to a dinner party and to collect eggs from your free-range chickens the next day. Their prices range from $146 to $186, though by the time the dresses make it to this group, they're usually sold for about $120 each.

Schroeder set up the group, which has 2,888 members, two years ago when a follower of the Pyne & Smith Clothiers Instagram said she was looking to sell a gently used Pyne & Smith dress that was taking up space in her closet.

Schroeder got on the phone with McCartney and hammered out the group guidelines.

Civility and a promise to be kind when posting critical feedback are among the few requirements for membership, and Schroeder said she rarely has to moderate conversations.

In some cases, a single dress can be sold and passed down between three or four members, who connect with one another and facilitate their own sales along the way.

Noihsaf was founded when Kate Lindello, 36, a stylist, fashion blogger and stay-at-home mother, wanted to sell a pair of Rachel Comey flats that didn't fit.

Today Noihsaf, which focuses on emerging and independent designers, operates multiple Instagram accounts, including one for used clothing and one for beauty products, and posts 1,200 to 1,500 items weekly on its main resale account.

Lindello employs three freelancers to help her sort through the hundreds of daily submissions and choose items to post. Unlike volunteer-run accounts, Noihsaf charges a $3.80-per-sale fee.

"Tech is a blessing and a curse," Lindello said. "We're behind our phones so much, but you also have the chance to make this human connection." In 2017, after posting a pair of her own denim jeans on the account, she was surprised to see that the buyer lived only two miles down the road.

"I could have mailed those jeans to Allison in Duluth, but I wanted to know who this person was," she said. "I emailed her, and she said she'd just drop by my house. She ended up being a New Yorker who had just moved here, and we're buddies now. She's my kid's dentist."

FROM ONLINE TO IN-PERSON

Around that same time, Nicolle Rountree, a black logistics manager who lives in New Orleans and wears plus-size clothing, was fed up with feeling unwelcome in stores and buying new pants every month when fast fashion ones fell apart.

One day, a fellow Instagram shopper tagged her in a post for a used pair of black Clyde pants in size 16 that she had spotted. Rountree bid by commenting on the post and bought them from the seller for $125 (normally $245), becoming the third owner of the pants and a committed Elizabeth Suzann customer.

Last year, Rountree became a volunteer moderator of the Sell/Trade Slow Fashion Instagram account (more than 18,000 followers), which hosts and organizes sale posts for slow fashion items, hosts trade forums and prompts weekly discussions about ethical fashion. Through the group, she has met more and more women who care about slow fashion.

It's an online community that became even more real in October, when Rountree met two other moderators of the group and traveled to the Elizabeth Suzann sample sale in Nashville, Tenn.

"I got out of the car, and there's this line of women, many of whom I knew, mostly by their Instagram handles, and they ran up to me and hugged me. It blew me away," she said. "We were all there waiting and shopping in terrible 90-degree Southern summer heat, all stripped down to just bras and underwear. And people are handing you stuff to try on, and you're handing them stuff to try on, and you don't even know them. They're strangers who aren't strangers.

"I'm a black woman who lives in the South," Rountree said. "I have never felt that safe around that many people before." 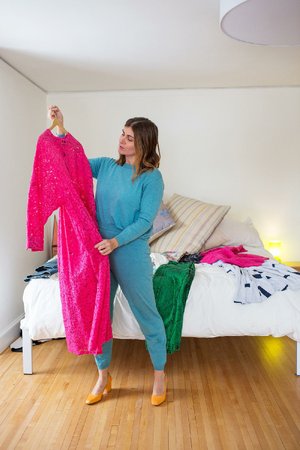