CRITICAL MASS: The boy in the bubble -- and he's fine with that 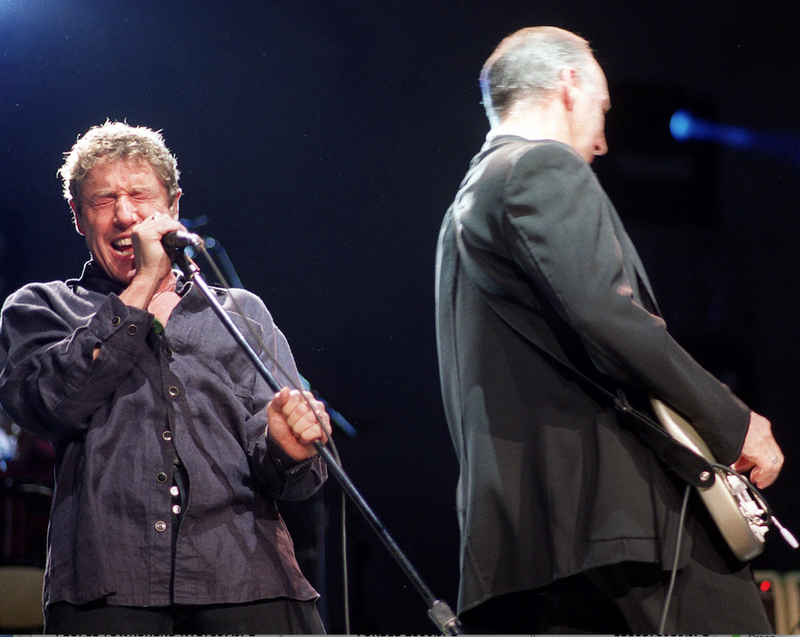 Roger Daltrey (left) and Pete Townshend of The Who perform during their 2000 American tour. To some, they are one of the defining bands of classic rock. (AP)

Stan Ridgway is not an artist who takes up a lot of pop culture bandwidth these days.

You might know him as the lead singer of Wall of Voodoo, a New Wave band from Los Angeles that scored a hit called "Mexican Radio" in 1983. This causes some people to call the band a one-hit wonder, though Wall of Voodoo had a career before and after that single, which only reached No. 58 on the Billboard Hot 100 chart but feels like it was a lot bigger to some of us because the video was in heavy rotation on MTV.

I remember the band's synth-driven version of "Ring of Fire," which was released on EP in 1980, and after Ridgway left the band (allegedly because they partied too hard following the success of "Mexican Radio") they replaced him with Andy Prieboy and, in 1985, recorded an album called Seven Days in Sammystown which some people think is not only their best work but a classic of American New Wave (though the band is so different from the original WOV that, writing on the All Music website, Rudyard Kennedy lamented that they didn't change the band's name).

On the other hand, there are other people who will tell you that WOV was always guitarist Marc Moreland's band anyway. He and Ridgway formed it in the '70s and originally intended it to be a film-scoring collaboration. Ridgway was originally the lyricist and singer, Moreland the genuine talent. At least that's what some will tell you.

Still, Ridgway released an album called The Big Heat in 1986, which is one of the decade's most underrated great records. "Calling Out to Carol," off his third solo album, 1989's Mosquitoes, was a hit in Europe. Prieboy and Moreland also later embarked on solo careers -- you're most likely to know Prieboy as the guy dueting with Johnette Napolitano of Concrete Blond on "Tomorrow Wendy."

A lot of you don't care about Ridgway and that's fair -- there's a certain romance to hearing a song roar up out of nowhere, slam into you and disappear without leaving so much as a phone number behind. Maybe "Mexican Radio" is one of those experiences; maybe you don't feel the need to chase down its origin story.

But it was made by people who existed on either side of the moment that was "Mexican Radio." People who did things with intention, got together to form a band and make a record, and then wandered off on other frolics.

Ridgway is still around; last year he released a track called "Mr. Trouble." He put out an album with his wife, electronic musician Pietra Wexstun, called Priestess of the Promised Land in 2016. He has been married to her since 1986. He maintains a robust social media presence and the stanridgway.com website. It appears that he's doing all right.

I've always liked Ridgway, who seems to matter more than ever to me.

It's hard to say why. 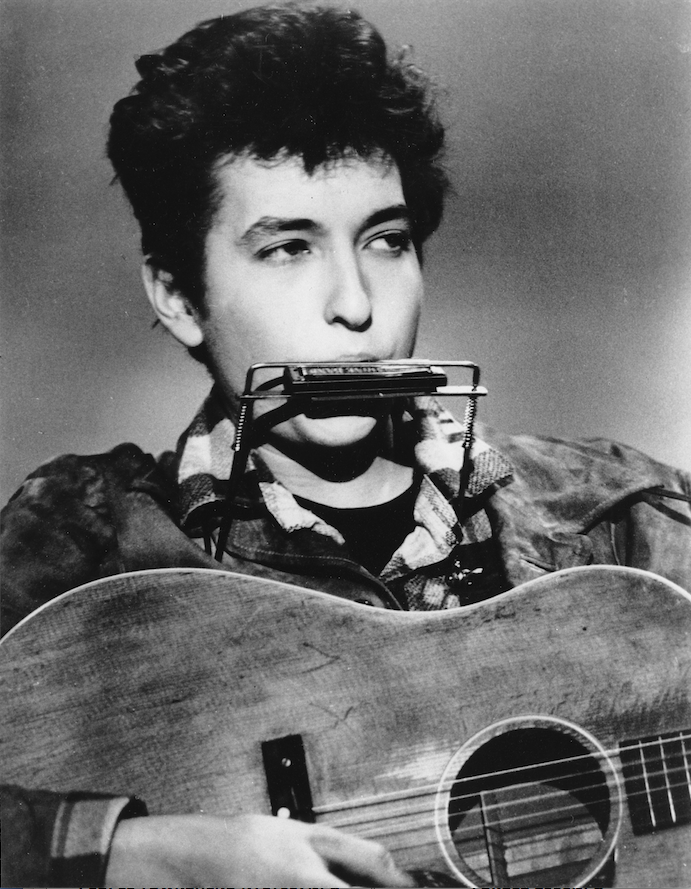 We know that music imprints on us differently from other things -- old songs burrow deep into us. For a long time, I resisted this -- for professional reasons I was intent on always hearing new music. I'd review new releases, I'd vote in year-end polls of rock critics, I needed to keep up.

But at a certain point I stopped keeping up, and while some of that had to do with the digitization of the industry and the decline of the importance of the album as a unit of musical coherency, it had to do with my gravitating more and more to what I like, to chord progressions and rhythms and vocal timbres that, for better or worse, have been imprinted on me.

Last year, I listened to a lot of 94.5 FM, the Little Rock station affiliated with the Arkansas Rocks network, which strives to (and succeeds in) replicating the nonformat format of early '70s FM album rock stations. I also listened to a lot of music by local artists -- the Big Cats, Adam Faucett, the Salty Dogs, Erin Enderlin, Sean Harrison's Halfway to Nashville coming out later this month -- and music that turned 50 years old last year. It's not that I've got no time for Lizzo; I've just got no time for Lizzo.

I've got no time for The Who's new album Who either, though I was surprised how much it feels a piece with the music Roger Daltrey and Pete Townshend made with Keith Moon and John Entwistle in the '60s and '70s. Had I encountered Who at another point in my life, I might have embraced it wholeheartedly, the way I received Townshend's solo efforts Empty Glass and All the Best Cowboys Have Chinese Eyes all those years ago. It feels like I've been inoculated against Who. And Townshend would understand; after all, music must change.

The Who exists for me but not as a late-inning collaboration between Townshend and Daltry, bickering old dudes refraining from making eye contact onstage because (I suspect) it's all part of the act. I can still hear them on Live at Leeds, which feels unfair. Pete and Roger don't only have to compete against Yoshi Flower and The Weeknd, they've got to go up against their own ghosts.

If, as a lot of thinking people seem to believe, there was a inchoate crime buried in the digitization of our media, maybe the greater crime was in the development of recording technology itself. For the past century or so, we have been listening to ghosts.

This unnaturalness act has changed us. We hear dead people every day. 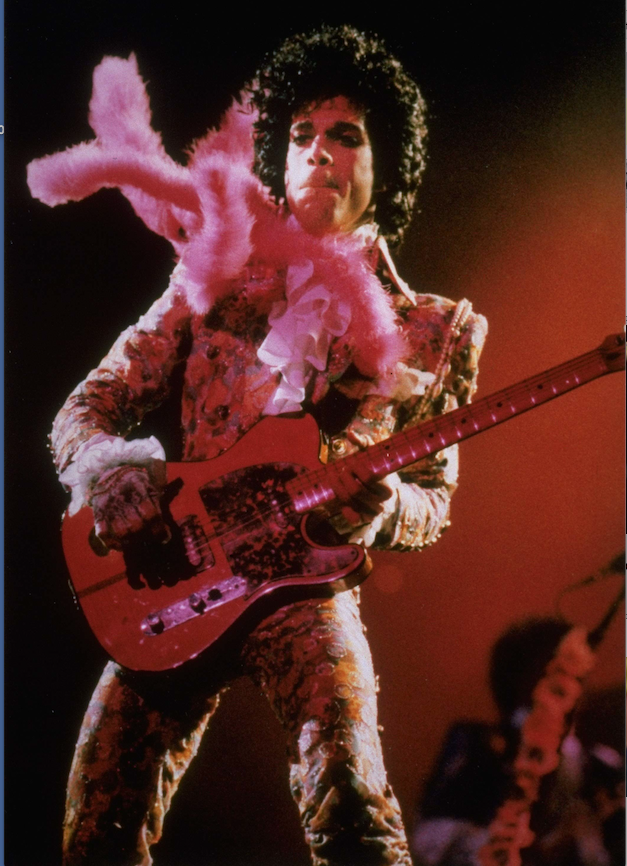 Prince performed in Houston in 1985, a year after Purple Rain made him a superstar. (AP)

A piece I wrote 20 years ago about so-called "classic rock" wondered what made a song a classic -- was it simply having survived in the collective consciousness for a requisite number of years? The answer was pretty obviously yes. The songs that for whatever reason don't survive don't matter, regardless of how well made they are or how exquisite their sentiments. Nirvana is now classic rock, so is Pearl Jam and Michael Jackson and Prince. Drive-By Truckers might be classic rock if enough of us sign the petition.

But the pop mainstream isn't really the pop mainstream -- while my frame of reference can take in acts of the 2000s and 2010s like Lana Del Ray, Janelle Monae , Taylor Swift, The 1975, etc., I'm tethered to certain parameters by tastes developed before these acts were born. I'm carrying around all these ghosts -- Marvin Gaye and Otis Redding and Joni Mitchell and John Coltrane. Their gravity distorts my view of what's new and fresh.

While every generation throws a hero up the pop charts, you're only 12 years old for a brief season, and that's when pop culture is at its best. It has nothing to do with the quality of the products being thrown at you and everything to do with your awakening to a wide and wonderful world of pop.

Innocence is not a renewable resource.

But just because it's easy to dismiss new artists and music doesn't mean it's right. There are always great things you haven't heard, and it's never been easier to record music and make it available for strangers to discover it.

Conversely, the traditional gatekeepers -- record labels, critics, music magazines -- mean less and less. We learn about new music from friends or from Spotify more often than from publicists, though I get five or six emails a day touting new recordings, many of which offer downloads or streams. I could spend all day sifting through new music. And I don't have all day.

OK, let's allow that the classic rock they play on 94.5 is nothing more than a rubric of convenience, a way of flattering the baby boomer audience it is designed to comfort and soothe. And "classic rock" can fairly be described as the body-temperature saline solution in the deprivation tank for those who've given up on new music. That rap-is-noise gang who just don't get EDM.

Studies have shown most people tend to settle into their musical tastes by their mid-20s. Most of us will always feel a special regard for the songs we heard on the radio and played on the stereo while we were in high school and college. We tend to associate the music of our early adulthood with the signal events of those days -- first dates, first romances, first apartments, first steps into the wider world.

For baby boomers, it is certainly possible that a great deal of the appeal of classic rock is nostalgia -- a whimsical longing for the imagined happier times of one's youth.

But because of recording technology, what's new to you isn't necessarily what's current. Lots of people will hear Jimi Hendrix for the first time today. For them he will be a new artist.

We all exist in bubbles, the parameters of which may be extended by our aspirations and yearnings. But we can't know everything. All of us miss out on most of the music, most of the TV shows, most of the books and films in the world. This affords us all the opportunity to evangelize, to push that which we find delightful on our friends and strangers: Listen to this. Look at this. Watch this.

One of the reasons the pop music of the '60s and '70s still seems so relevant to so many of us is because there were fewer songs back then; the music industry hadn't yet been balkanized into thousands of ever more specific subgenres. At any given moment there were perhaps five songs that everyone in the country -- everyone under 30, at least -- knew (or thought they knew) all the words to.

And the rock 'n' roll of the '60s and the '70s was more rooted in its time than the fragmented market-driven pop music of today. Those of us who were around then receive them as more than just songs, but as cultural landmarks. Bloody and glamorous, the '60s will likely retain and refresh its cult every few years. Blonde on Blonde and Sgt. Pepper will outlive the generation that first brought copies home from record stores and popped them on the turntable.

I'm happy in my bubble, which has a permeable membrane through which all things might pass. It's not the same as living in a shell.

Print Headline: The boy in the bubble -- and he's fine with that