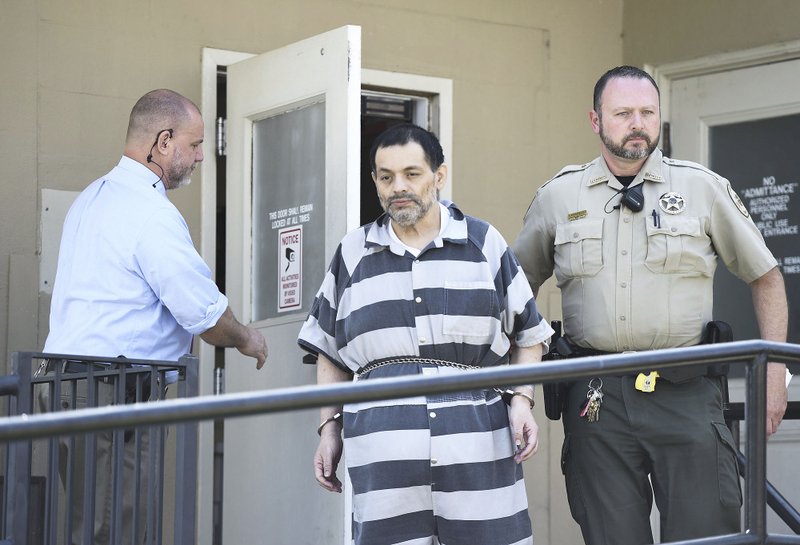 BENTONVILLE -- The wife of a man accused of killing their 6-year-old son is on the prosecutors' list of potential witnesses for the husband's second murder trial.

The jury trial is scheduled to begin Feb. 18. A jury convicted Torres in 2016 in the child's death, but the case was overturned on appeal.

Cathy Torres didn't testify at the first trial. She's on the prosecution list of potential witnesses for the second trial. She pleaded guilty in March 2017 to capital murder and was sentenced to life imprisonment without parole.

"As part of her plea agreement, Cathy Torres agreed to provide truthful testimony if needed," Benton County Prosecuting Attorney Nathan Smith said. "Pursuant to the court order, we filed a witness list including everyone we may need to call at trial so that the defendant will be on notice of all potential witnesses. The actual decision of which witnesses to call will be made closer to trial as the case unfolds."

One hundred prospective jurors are expected to be summoned for jury selection. Benton County Circuit Judge Brad Karren will conduct the initial questioning, and then lawyers will question them in groups of three.

Isaiah died March 30, 2015, at a Bella Vista medical clinic. A medical examiner testified in the 2016 trial that the boy's death was caused by a bacterial infection resulting from sodomy.

Mauricio Torres is accused of sodomizing his son with a stick in Missouri.

Karren sentenced Mauricio Torres to death on the jury's recommendation.

Mauricio Torres argued in his appeal that the judge should have ruled that the state failed to prove its case for the death sentence. The state Supreme Court agreed, saying prosecutors must prove an element of rape occurred in Arkansas if the rape is used to support the death penalty.