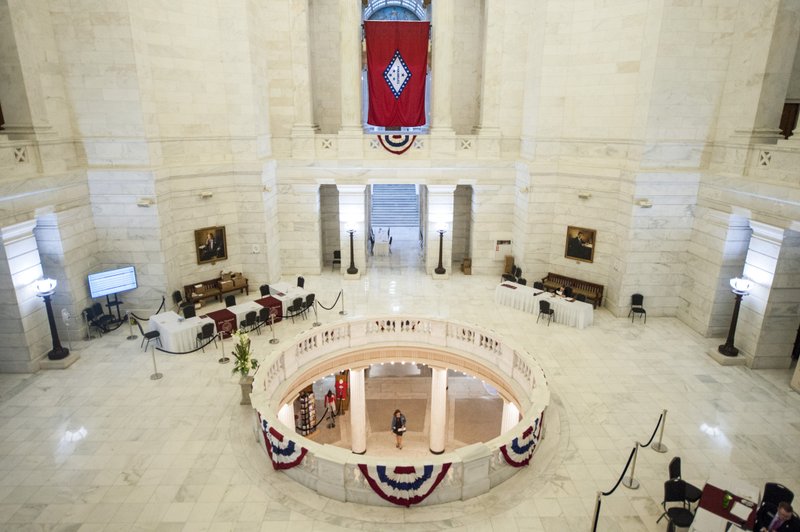 In this file photo a person passes under an empty rotunda at the Arkansas State Capitol Building in Little Rock. ( Democrat-Gazette file photo / Jeff Gammons)

The Arkansas House majority leader and the fellow Republican challenging him in the March primary agree on a lot, but they’re split on how to fund highways and whether some students should be able to use public dollars to pay for private school tuition.

House leader Rep. Marcus Richmond, R-Harvey, is facing a primary challenger for the first time since winning the District 21 seat in 2014.

Both candidates support more funding to build and maintain highways in Arkansas, but they disagree on how that funding should be decided.

To raise more money for roadways, Arkansas lawmakers, including Richmond, voted last year to raise the state’s excise tax on gasoline and diesel by 3 cents and 6 cents a gallon, respectively. They also referred to the November 2020 ballot a constitutional amendment that, if approved by a majority of Arkansas voters, would permanently extend the state’s half-percent sales tax for highways and roads that voters approved in 2012. Otherwise, that tax will expire.

Richmond said that by handling the issue entirely through the Legislature, his rural district would enjoy greater representation and stand a better chance of seeing road improvement projects because he represents the same number of constituents as do all 99 other House members. His district wouldn’t carry as much weight on a statewide ballot measure, he said.

“Why would you [refer both measures]?” Richmond said. “Just to dodge responsibility? That’s abdicating responsibility. Let’s just step up and do our job. If the voters don’t like it, they can send us home.”

Reynolds said he favored referring both measures to voters because they would have a chance to see the Arkansas Department of Transportation’s plans for the money before voting.

“People in my district don’t mind paying taxes on roads, but they want to see that they’ll get some benefits from that,” Reynolds said. “If they don’t like it, they don’t have to vote for it .”

House District 21 is one of the largest state House districts geographically because it includes a large portion of the Ouachita National Forest. The district comprises portions of Scott, Perry, Garland, Yell, Crawford, Sebastian and Polk counties.

Richmond, 63, spent several years in the National Guard and 22 years in the U.S. Marine Corps. He also worked as an educator and coach, and he was president/ CEO of America’s Pet Registry Inc. He has a cattle farm with his brother, but he said he isn’t very involved with the farm’s daily operations.

In the Legislature, Richmond said he has worked hard to represent western Arkansas’ conservative values. He added that he has focused on helping the district’s small businesses.

Being House majority leader, Richmond said, has given him influence to even better represent District 21.

“As majority leader, you can step up and have influence to help colleagues get a good bill passed,” he said. “Or if you have something really bad, you can step in and kill some stuff by saying, ‘This is bad and here’s why.’”

Richmond declined to say whether he’d ask his colleagues to elect him to a second term as majority leader.

Reynolds, 54, of Greenwood spent 25 years as a teacher, principal and coach. From 2007 to 2017, he hosted the radio show Jim Reynolds Outdoors, which spawned the ad agency he now runs.

Reynolds said he has wanted to run for office for a long time but has always put it off. He said he decided to run after a family member’s battle with cancer.

“I realized how short life really was, and if I was going to run for office, I was going to jump in right then and didn’t care who was in office at the time,” he said.

Reynolds said he opposes private school voucher programs, adding that public schools should be the focus.

“I have public schools in my district; I don’t have charter schools and I don’t have private schools,” he said. “I don’t think that we should be inventing new schools and new types of schools that are unproven, untested.

“If there’s something wrong with the public school system, then we need to fix the system we have.”

Richmond in past sessions has generally supported legislation that would allow public school students to take their public school dollars and put the money toward private school tuition.

In an interview last week, he said that shouldn’t be the case for all children, but some could benefit by changing schools.

“I don’t think we ought to be handing out vouchers to every student in the state of Arkansas,” Richmond said. “We are a public school state. However, if you are a student who is failing or attending a failing school, then the parents need to have some options. We need to look at how to give them options, so they can get their kid in a situation where he can have success. It’s about the kid.”

Richmond also noted that he has worked on agriculture issues since being elected. He noted that he carried a bill to create a so-called lemon law on purchases of defective farm equipment. He said he’ll continue to look at a recent change in the recommended valuation levels for poultry houses that doubled the suggested appraisal per square foot in 2018.

Both candidates said they oppose abortion, but they’d consider exceptions in cases where a mother’s life is at risk.

While the candidates disagree about the method of approving highway funding, they both said they plan to vote in November for Issue 1 — the constitutional amendment to permanently extend the state’s half-cent sales tax for roads.

State officials say the tax will raise about $205 million a year for the state Department of Transportation and another $44 million each for cities and counties.

Both Reynolds and Richmond also said they support the state’s work requirement for those participating in the state’s Medicaid expansion program, Arkansas Works, which provides health insurance to about 240,000 low-income Arkansans.

The work requirement had been a key component for many Republicans in the General Assembly to continue to support Medicaid expansion in Arkansas. However, a federal judge struck down the work requirement in March; the decision has been appealed.

Richmond said the work requirement’s nullification had him questioning his support for the program moving forward.

“The work requirement going away bothers me,” he said. “And it’s going to bother some other folks too. I’ll just have to wait to see and talk to my colleagues to decide which way I’m going to push on that.”

Richmond said he has concerns about the program because it puts a strain on middle-income earners, who must pay higher premiums and higher deductibles to offset the program’s costs.

Reynolds said he supports the Medicaid expansion program even without the work requirement because of the amount of federal money flowing into the state because of it.

The federal government’s share drops to 90% for 2020 and beyond.

Reynolds said the state should focus on finding and eliminating Medicaid fraud “to get people off of there who are just drawing a check.”

State representatives are elected to two-year terms. They are paid $41,393 annually in addition to mileage and per diem for attending legislative meetings.

The primary will be March 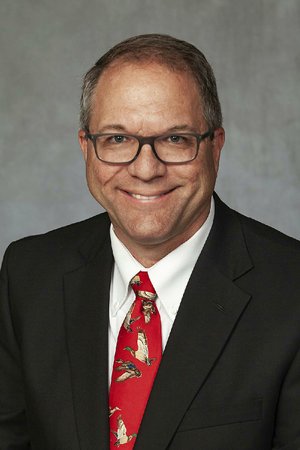 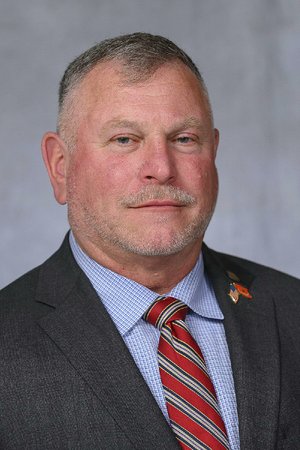 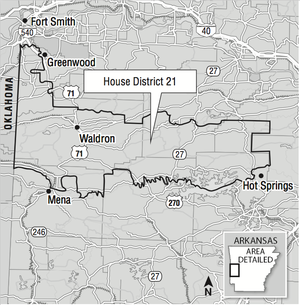