Serena Williams ended a three-year title drought when she beat fellow American Jessica Pegula 6-3, 6-4 on Sunday to win the singles final at the ASB Classic in Auckland, New Zealand. Williams hadn't won a title since the Australian Open in January 2017, and not since she became a mother to her daughter Olympia, who was court-side to see the victory. "It feels good. It's been a long time," Williams said. "I think you can see the relief on my face. I played an incredible opponent today in Jessica and, honestly, it was a great match and I couldn't have played anyone better in the final." The 23-time major winner donated her $43,000 winner's check to the fundraising appeal for victims of Australian wildfires, joining many other tennis stars, such as Ash Barty, Nick Kygrios, Novak Djokovic and Maria Sharapova, who have pledged money to the already months-long fire emergency there.

New England Patriots star Julian Edelman was arrested in Southern California on suspicion of misdemeanor vandalism after jumping on the hood of someone's car, authorities said Sunday. Edelman, 33, caused unspecified damage when he jumped on the vehicle Saturday night on a commercial block of Beverly Hills, police Lt. Elisabeth Albanese said in a statement. Edelman was released on a citation and is scheduled to appear in court April 13. It wasn't known Sunday if he had an attorney, and the Patriots had no immediate comment. Edelman led the Patriots during the 2019 regular season with 100 receptions, 1,117 yards and 6 touchdowns. But nagging injuries took a toll. He was mostly a non-factor in New England's 20-13 wild-card upset loss to the Tennessee Titans.

The Denver Broncos are looking for their fifth offensive coordinator in five seasons after Vic Fangio changed his mind about keeping his coaching staff intact and fired Rich Scangarello on Sunday. Scangarello, a disciple of San Francisco 49ers Coach Kyle Shanahan, struggled in his first gig calling offensive plays in the NFL as the Broncos (7-9) regressed in almost every offensive category in 2019. In his season-ending news conference, Fangio said he didn't plan to make any changes to his coaching staff. But he changed his mind after reviewing Denver's dismal offense that averaged just 17.6 points. The Broncos got off to a 2-6 start and quarterback Joe Flacco criticized Scangarello's play-calling as too conservative after a 15-13 loss at Indianapolis at midseason. Flacco was sacked several times that day and ended up with a neck injury that landed him on injured reserve for the remainder of the season. Brandon Allen (Fayetteville, Arkansas Razorbacks) won one of three starts before rookie Drew Lock took over and won four of his five starts, leading General Manager John Elway to declare Lock the incumbent heading into 2020.

Veteran third baseman Todd Frazier and the Texas Rangers have reached an agreement on a $5 million, one-year contract, filling a significant need for the team. A person familiar with the deal said Sunday that the agreement was pending a successful physical. The person spoke to The Associated Press on condition of anonymity because the agreement had not been announced. Frazier will make $3.5 million in 2020, and the deal includes a 2021 club option with a $1.5 million buyout for the two-time All-Star. Frazier, a month shy of his 34th birthday, spent the past two seasons with the New York Mets. He hit .251 with 21 home runs and 67 RBI in 133 games last year.

Branden Grace stormed home with a final-round 62 to win the European Tour's South African Open by three shots from Louis Oosthuizen on Sunday. The two South Africans fought it out at Randpark Golf Club in Johannesburg. Oosthuizen, the overnight leader, produced a hole-in-one on No. 8 to send the crowd wild. Grace responded with four consecutive birdies, starting on No. 11, to go 9 under on the last day and finish 21 under overall. Grace picked up eight birdies and an eagle on the day, and just one bogey, and ended up pulling away from Oosthuizen, who closed with a 3-under 68 to finish 18 under. Oosthuizen aced the par-3 eighth but had only one other birdie in his final round.

The Washington Wizards waived guard C.J. Miles and signed two-way player Anzejs Pasecniks to a multiyear contract before Sunday's game against the Utah Jazz. The Wizards's leading scorer, Bradley Beal, also returned after missing five games with soreness in his lower right leg. Miles had not played since late November after having surgery on his left wrist. He was averaging 6.4 points and 16 minutes per game. Pasecniks has averaged 8.2 points and 6.2 rebounds since signing a two-way contract with Washington on Dec. 18.

UConn forward out for season

UConn forward Tyler Polley suffered a knee injury in practice and will miss the remainder of the season. The junior, who started every game this season, tore the anterior cruciate ligament and medial meniscus in his left knee during practice on Friday, the team said Sunday. He is scheduled to undergo surgery Friday. Polley averaged 9.5 points and 3.2 rebounds this season. He scored a game-high 19 points and pulled down a career-high 11 rebounds Wednesday while playing 35 minutes in a win over Tulane.

Portuguese motorbike rider Paulo Goncalves died on the Dakar Rally after crashing in the Saudi Arabia desert on Sunday. He was 40. Goncalves fell and suffered cardiac arrest about halfway through the 546-kilometer (339-mile) seventh stage, south of the Saudi capital Riyadh. A medical helicopter arrived on the scene within eight minutes of being alerted, rally organizers said on their website. He was flown to nearby Layla hospital, where he was pronounced dead. The eighth stage today was canceled for motorbike and quad racers "in order to give the riders time to mourn their friend," organizers said. Goncalves was competing in his 13th Dakar. He was runner-up in 2015.

Shero out as Devils' GM

Ray Shero has been fired as the New Jersey Devils' general manager after a four-plus year tenure that saw the three-time Stanley Cup champions make the playoffs only once. Owner Josh Harris announced the change on Sunday. Speaking at a hastily called news conference outside the locker room, Harris said assistant general manager Tom Fitzgerald would handle Shero's duties with the help of Devils goaltending great Martin Brodeur. The change comes a little more than a month after Shero fired Coach John Hynes in the wake of a horrible start to the season and the trade of 2017-18 NHL MVP Taylor Hall to Arizona shortly after the Hynes firing. 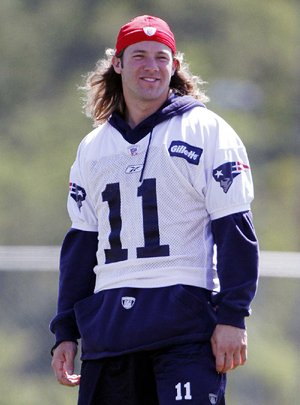 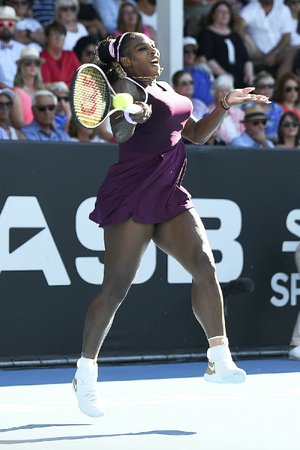