North Little Rock basketball coaches Johnny Rice and Daryl Fimple are two of the state's most successful in high school.

Rice and Fimple spoke about their teams and their careers Monday at the Downtown Tip-Off Club's meeting at the North Little Rock Chamber of Commerce.

The Tip-Off Club typically features college basketball speakers, but for the first time Monday, it was high school basketball's turn to take the main stage.

Fimple's Lady Charging Wildcats (9-7) are 1-0 in the 6A-Central after a victory Friday at Little Rock Central. It's a young team at North Little Rock this season, Fimple said, with sophomore forward Amauri Williams leading the way.

"It's a whole different group than I'm used to. We've got one senior," Fimple said. "I've said it's like coaching a glorified super junior high team.

"But we're getting better and better. The kids love each other. It's been really fun being around young kids again."

Both North Little Rock boys and girls basketball programs under Rice and Fimple have sent several players to NCAA Division I schools. Former boys stars KeVaughn Allen and Anton Beard went to Florida and Arkansas, respectively. Kyra Collier, a former Lady Charging Wildcat, is currently at the University of Arkansas at Little Rock.

Fimple said Monday that during October, he had 27 different college coaches at North Little Rock looking at his program.

"We've been really blessed with kids," Fimple said. "It's to the point now where we're a stopping point for colleges. We make a program that's got all of the kids' grades and profiles, the whole nine yards, because we've got so many coaches coming in."

When asked what his favorite memory has been coaching at North Little Rock, Rice pointed to his first season in 2012-13 when the Charging Wildcats won the state championship. He took over for Richard Alexander, who retired in 2012. He was on an interim basis as head coach, but went on to become head coach when the school won the state title.

"It was at Barton Coliseum. That atmosphere at Barton was unbelievable," Rice said. "It was so loud. You couldn't make any calls. We had to change everything. But they went out there and played.

"Being a North Little Rock guy and winning our first one in 41 years, it was super special to me."

Warren is averaging 16.2 points, 4.7 rebounds and 3.1 assists per game for North Little Rock. Salary, who has signed with Tennessee, leads the Hurricane with 19 points per game and is averaging 6.9 rebounds. 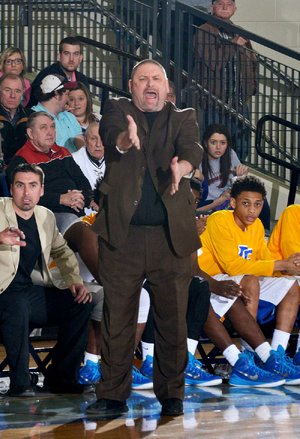 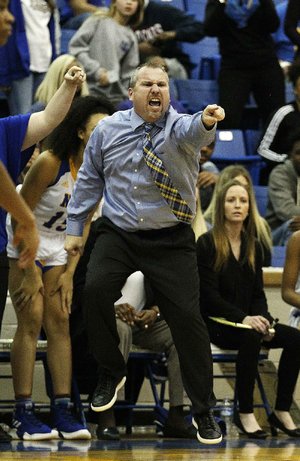