Joker on top with 11 Oscar nods 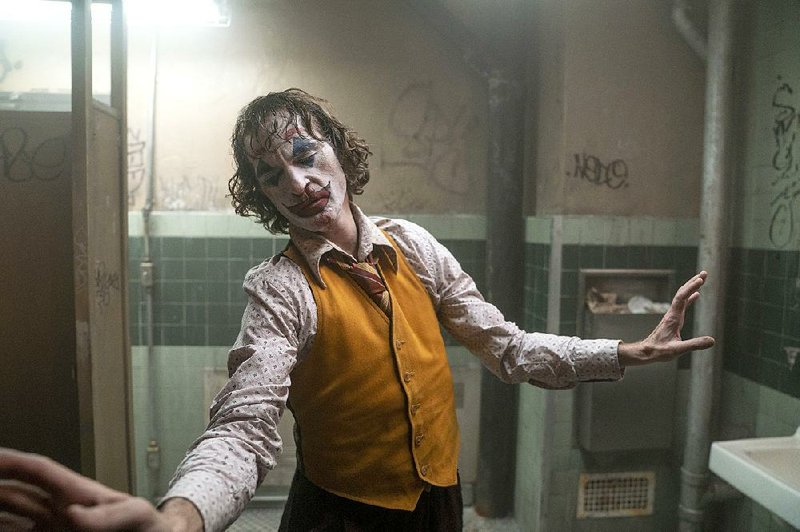 Joaquin Phoenix is nominated for best actor for his starring role in Joker, a film that gives the DC Comics villain an antihero spin.

Female filmmakers were shut out, Parasite made history and Joker edged out The Irishman, 1917 and Once Upon a Time ... in Hollywood in Monday's Oscar nominations.

Joker, which gives the DC Comics villain an antihero spin cribbed from Scorsese, was expected to do well. But the academy's overwhelming support for a divisive movie that was far from a critical favorite was unexpected. Its nominations included best actor for Joaquin Phoenix and best director for Phillips.

[Video not showing up above? Click here to watch » https://www.youtube.com/watch?v=HK8qaqF1f9g]

Though a record 62 women were nominated Monday, the academy put the most weight behind a handful of male-driven and man-made movies predicated on virtuosity, spectacle and star power. For the 87th time, the academy selected all-male directing nominees.

Hollywood, in the midst of a streaming upheaval, also gave Netflix more nominations than ever before: 24. The 10 nominations for The Irishman tied the most for a Netflix film, following Roma last year. Scorsese, a one-time winner for The Departed, was nominated for best director for the ninth time. The film also won nods for Al Pacino, Joe Pesci and its de-aging special effects. "We put all of ourselves into this picture," Scorsese said in a statement.

1917 followed up its Golden Globes win and strong opening weekend at the box office with nominations not just for its technical achievement (including Mendes' directing and Roger Deakins' cinematography) but for best screenplay, too.

Once Upon a Time ... in Hollywood was nominated in just about every category it was expected to, including Tarantino for directing and screenplay, best actor for Leonardo DiCaprio and best supporting actor for Brad Pitt.

"It's a real love story to this industry," DiCaprio said by phone. "In this movie, Quentin got to do a movie that was a homage to Los Angeles and a place that I grew up in."

Despite a year in which women made historic gains behind the camera, female directors were again shut out of best director. The most likely candidate was Greta Gerwig for Little Women. She was the last woman nominated, two years ago for Lady Bird.

"Congratulations to those men," said Issa Rae, who presented the nominees alongside John Cho.

Rebecca Goldman, chief operating officer for Time's Up, said of the lack of women nominated for directing: "This is why Time's Up exists -- to ensure women in entertainment and across industries get the opportunities and recognition they deserve."

Joining Driver, DiCaprio and Phoenix for best actor were Jonathan Pryce, who stars as Pope Francis in The Two Popes; and Antonio Banderas, who plays a semi-fictionalized version of director Pedro Almodovar in Pain and Glory. "What are the odds that you are being directed by your own character?" Banderas said by phone. "Very rare, right?"

Along with Dern and Johansson, the nominees for best supporting actress were Kathy Bates for Richard Jewell, Florence Pugh for Little Women and Margot Robbie for Bombshell.

The nominees for best animated feature film were: How to Train a Dragon: The Hidden World, Toy Story 4, I Lost My Body, Klaus and Missing Link.

The 92nd Academy Awards will take place Feb. 9 in Los Angeles at the Dolby Theatre. ABC will again broadcast the show, viewership for which last year rose 12% to 29.6 million. Like last year, this year's ceremony will go without a host.

Information for this article was contributed by Jonathan Landrum Jr. and Andrew Dalton of The Associated Press.