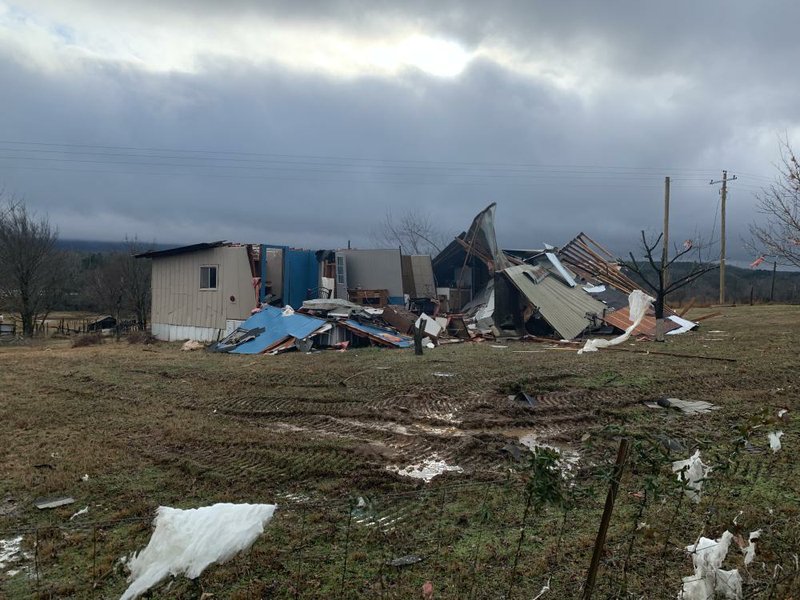 The National Weather Service has confirmed that 10 tornadoes struck Arkansas over the weekend, causing property damage and at least one injury.

Two EF2 tornadoes and eight EF1s swept through the state overnight Friday and into Saturday morning.

In Chicot County, two EF1 tornadoes were confirmed. According to a report by the weather service office in Jackson, Miss., one of the tornadoes, in Lake Village, knocked a tree onto a house, causing an injury.

A message to the Chicot County Emergency Management agency seeking further details was not returned.

The same tornado also swept away two mobile homes and damaged numerous trees and power lines. About 720 Entergy customers in the county were still without power as of 6:30 p.m. Tuesday, according to an outage map.

Although no other injuries have been reported as being directly caused by the tornadoes, one person was injured during cleanup of tornado damage in Ashley County, according to the weather service report.