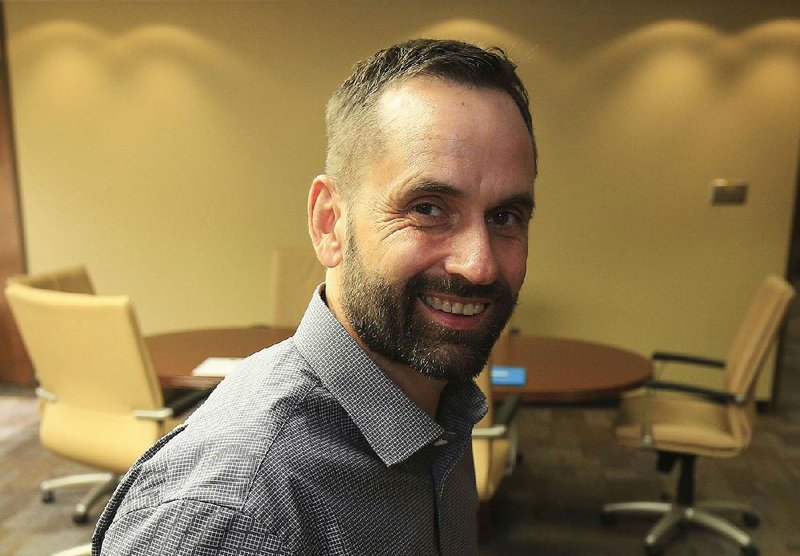 Charles McNulty, superintendent of the Pulaski County Special School District, is shown in this photo.

The Pulaski County Special School District School Board on Tuesday approved a 1.5% across-the-board pay raise for teachers to be effective July 1 -- unless teachers in an upcoming election opt to make the raise retroactive to July 1, 2019.

The board approved the raise and offered teachers the opportunity to make it retroactive at a meeting in which it also:

• Adjusted Superintendent Charles McNulty's salary and extended his contract by one year so that it is now to expire in June 2022.

• Authorized district leaders to work with the Pulaski County sheriff's office to establish a sheriff's substation in a former transportation administration building on Arkansas 365 in the southeast section of the district.

• Learned that the Bequette, Billingsley and Kees law firm will join with members of the Mitchell, Williams, Selig, Gates & Woodyard law firm to represent the district in a federal court hearing in July. That hearing is to determine whether the district has met its desegregation obligations in a 37-year-old school desegregation lawsuit and is entitled to be released from court supervision.

The School Board in November initially approved the 1.5% raise for the district's approximately 1,000 teachers and for another 1,000 support staff employees for the current school year, retroactive to July 1.

But in December, the School Board rescinded approval of the increase for teachers after the chairman of the district's Personnel Policy Committee for certified staff said the legal procedure for enacting a raise was violated.

That's because there must be a Personnel Policy Committee vote on a superintendent's salary proposal before it goes from the committee to the board. Or, alternatively, a School Board proposal must go to the policy committee for action before a final board vote if the proposal is to be retroactive to the start of a school year. Neither had occurred.

Personnel Policy Committee Chairman Melissa Moore and committee member Lori Lachowsky on Tuesday brought to the School Board a committee proposal for a 2% pay increase for teachers, noting that the district is to receive almost $598,509 this year from the state for teacher salaries. That is the result of 2019 legislation to raise the minimum starting teacher salary statewide to $36,000 by the 2022-23 school year. The new state funding would offset the cost of the 2% raise, Moore and Lachowsky argued to the board.

The School Board rejected the 2% request after McNulty said that the state funding was taken into consideration in making the 1.5% proposal, which will cost the district $1.04 million, as opposed to $1.39 million for a 2% increase to teachers who have received one-time bonuses but no across-the-board salary increases in nearly a decade.

McNulty said that by providing the smaller percentage raise to teachers, the district can afford the same 1.5% raise to support staff, such as bus drivers and maintenance workers, without causing the district's projected year-end balances to drop below $16 million, or about 12% of the annual operating fund.

The certified Personnel Policy Committee now has the option to conduct an election of all teachers on whether to ask the School Board to make the 1.5% retroactive to July 1, 2019. In the alternative, the raise would go into effect July 1 for the 2020-21 school year.

"I feel sure we'll approve it," School Board President Linda Remele said about the retroactive pay plan should the teachers vote for it.

The 1.5% pay increase for the district's support staff is to be distributed to employees this week.

The Personnel Policy Committee for support staff did vote on the proposed 1.5% increase before the School Board approved it in November, avoiding the legal problem that occurred with the teacher raise.

Despite plans for the teacher raise, the Pulaski County Special district will remain below that $36,000 for the current school year and below the starting salaries now paid in the neighboring Little Rock, North Little Rock and Jacksonville/North Pulaski school districts.

The School Board on Tuesday spent about 1½ hours in a closed executive session to evaluate McNulty, who started with the district in July 2018. The board returned to an open session where it voted unanimously to extend McNulty's contract due to expire in June 2021 to June 2022, and to add the amount of his $10,000 annual annuity to his salary, changing the salary from $205,000 a year to $215,000.