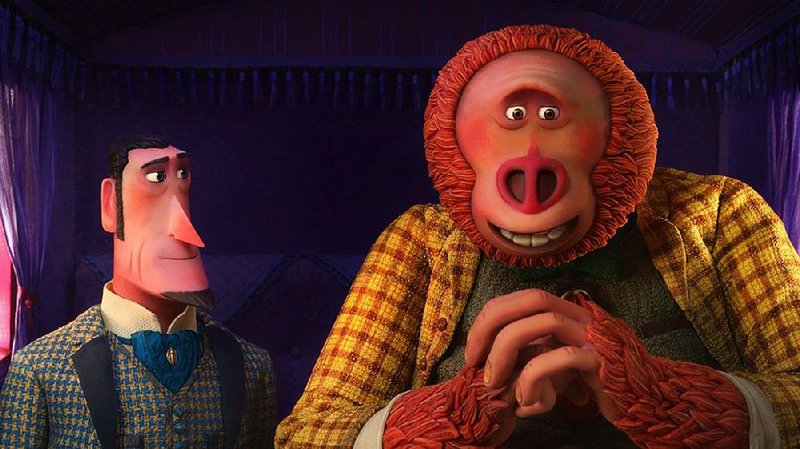 The Oscar nominations came out this week, and while everyone else on Twitter was arguing over Adam Sandler's being snubbed or Joker getting too many nominations, my eyes went straight to the nominees for "best animated feature," because of course they did. Philip Martin has labeled me an "animation maven," and I'm thinking of putting that on my business cards.

What can I say about the five nominees? It's a mixed bag. For those of you who didn't see the selections because animation isn't your area of excitement, the films on the list were Toy Story 4, How to Train Your Dragon 3, Missing Link, I Lost My Body and Klaus.

Where to begin with this list? I'm glad there are no Walt Disney Animation Studios nominees. Hold up. Let me explain what I mean by that. I don't hate Disney, but sometimes, it seems like whatever movie the studio has released is automatically nominated.

And I get it, Disney is the heavyweight when it comes to animation. I really do love a lot of the animated movies to come out of the House of Mouse, but Ralph Wrecks the Internet showed me it's OK for the studio to go a year without being nominated for best animated feature. Frozen II was good, but it wasn't Oscar-worthy, in my opinion.

It's OK for movies to be good but not Oscar-worthy. I certainly don't regret seeing Spies in Disguise. It was a lot of fun. Does it deserve an Academy Award? I think not. Though it was clearly Will Smith's best performance from 2019.

What I'm most grateful for is that The Lion King reboot didn't get nominated for best animated feature. That soulless abomination needs to vanish quietly from the world and leave the 1994 classic as the only memory of this title's legacy. In a funny twist, The Lion King did end up getting nominated for its special effects.

Those special effects were a double-edged sword. They were the only impressive part of the movie. It looked amazing visually ... and that's all. Because for such an emotional story, nothing comes across to the audience. Who could have guessed realistic lions don't emote well? Mufasa's death was a joke in the new movie, whereas in the original cartoon, that scene had me dragged out of the theater kicking and screaming (Mom was not thrilled about leaving 20 minutes into a film she paid for).

So, no nominees from Disney AS is perfectly fine. They didn't have anything groundbreaking on their agenda last year anyway. Best of luck this year with Raya and the Last Dragon, which I'm very interested in.

The other negative for these nominees is the lack of Japanese animation this year. I would like to think the Academy of Motion Picture Arts and Sciences knows there is more to anime besides Hayao Miyazaki and Studio Ghibli, not that those names aren't rightfully legendary. But the only anime to win an Oscar I know of is Spirited Away -- back in 2003. It won rightfully that year.

I'll give credit for the Academy nominating Mirai last year, but come on. In 2019, Japan gave international audiences Weathering With You and Promare. The animation used in Promare is off the walls insane with crazy colors and wild fluidity of movement. It's such a great film with a killer soundtrack and rowdy story. It absolutely should have been nominated.

And Weathering With You has received universal praise. Why shouldn't it? It came from the same amazing director that gave us Your Name (Makoto Shinkai), which also should have been nominated for an Oscar after receiving universal acclaim. As I'm sitting here writing this, I have tickets to see Weathering With You on Wednesday, and I'm stoked.

To snub any and all Japanese animation for the best animated feature category is a gross error. I'm not saying I would have nominated Code Geass: Lelouch of the Re;Surrection or anything, but definitely Promare.

I'm not sure why How to Train Your Dragon 3 made it on the list. While I love the franchise and the level of competition DreamWorks brings to Disney AS, this movie certainly wasn't groundbreaking in terms of art. It was certainly better than Frozen II, but best animated feature? Surely not. Abominable had better animation. It almost should have been on the list simply for not being a sequel or reboot.

Seeing Toy Story 4 on here makes sense. I remember that movie starting, and I was just looking at the rain on the sidewalks, my mind melting into the seat next to me. Pixar always finds a way to raise the bar with each new Toy Story film, both in story and art. And yes, I know Disney owns Pixar, but it's still a separate animation studio, so I'm not going to give Disney credit for Woody, Bo Peep and the others.

Klaus is still on my to-watch list, even after Christmas is over. The trailer definitely has me enamored. I love that it's done in a more traditional 2-D style, and I wish more studios would make use of it. If this movie ended up winning the Oscar for best animated feature, I wouldn't be that upset, even if it's director Sergio Pablos' fault we have those stupid annoying minions.

The one movie I can say absolutely nothing about is I Lost My Body. I'll try to watch it before the awards. The art looks pretty, but admittedly, my experience with the French animation market is limited to Miraculous Ladybug (which I adore).

It turns out there are only so many cartoons a girl can watch at one time. I still haven't been able to squeeze in The Owl House, and Kipo and the Age of Wonderbeasts came out this week. In another couple weeks, Miraculous Ladybug will return to Netflix. You add that on top of Harley Quinn, Steven Universe: The Movie, I just discovered Deathstroke: Knights & Dragons, and wow. So many shows to keep up with.

And this brings me to my favorite nominee, Missing Link. How many columns have I written now about the underrated Laika Entertainment animation studio? I was living in Portland (near its headquarters) when Kubo and the Two Strings came out in theaters. I was there when the film was nominated for this very category and then lost wrongfully to Zootopia, a movie that itself deserved a nomination, but not a win. I'm never going to be able to let that wrongful decision go.

Laika is one of the last studios still making movies with stop-motion animation, an art form that deserves preservation. And here's the rub. Every movie Laika created has ended up being nominated for an Oscar in best animated feature. Coraline lost to Up, ParaNorman lost to Brave, The Boxtrolls lost to Big Hero 6 and I already mentioned my eternal beef with the Zootopia loss.

If Laika makes five movies, and they're all nominated for the same category, the studio clearly has a unique and creative brilliance. And this should be the year for that talent to be realized. It would be the perfect revenge. In a year when Disney AS couldn't even get one of its movies nominated, Laika walks away with the Oscar.

Missing Link is a fantastic movie with a lovable story and exceptional animation. So I'm begging you, Academy of Motion Picture Arts and Sciences, let justice be done. Give the Oregon-based animation studio its due and finally recognize the great work it has brought into the world. Missing Link already won the Golden Globe in this category. If it beat Toy Story 4 there, it can do it again for the Oscars.

Until Feb. 9, all I can do is try to watch Klaus and I Lost My Body. Maybe one of these films will change my mind, but I'm pretty adamant about Laika walking away with this Oscar. It's time, dangit.