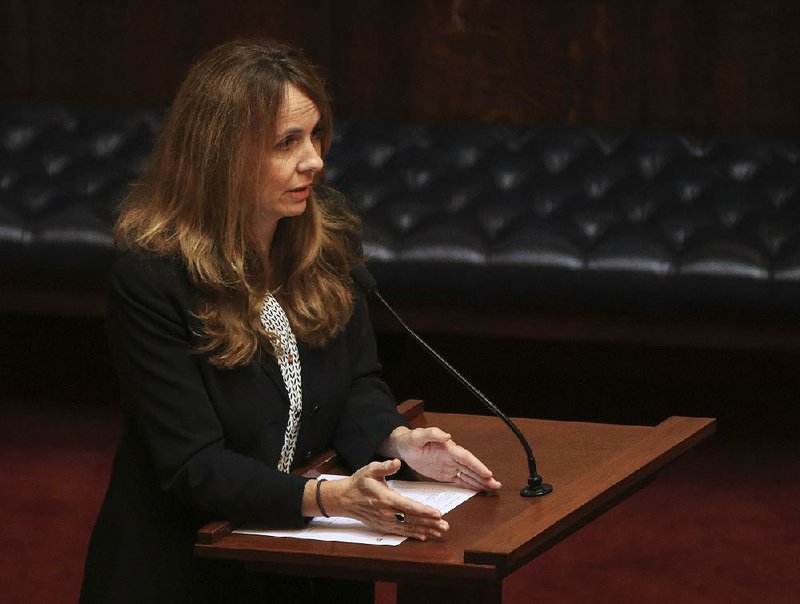 Republican lawmakers in Little Rock voiced their displeasure Friday at the unfolding impeachment trial of President Donald Trump in the nation's capital, by agreeing to a resolution telling Congress to wrap up the proceedings.

The resolution, sponsored by state Sen. Missy Irvin, R- Mountain View, was passed by a voice vote of the Legislative Council Friday, with several Democrats voicing their dissent.

The resolution will be transmitted to the White House and both chambers of Congress, but carries no legal weight.

Irvin unveiled her resolution last week, and included language in the text painting the two articles of impeachment passed by the U.S. House of Representatives in December as overly partisan and containing "no alleged violation of U.S. law."

The resolution also calls on the House to end its delay of transmitting both articles to the U.S. Senate.

That delay ended Wednesday, when the House delivered both articles to the U.S. Senate, kicking off an impeachment trial before lawmakers in Little Rock could even consider Irvin's resolution.

On Thursday, also before the vote in Little Rock, the independent watchdog Government Accountability Office also released a report finding that the White House did break the law when it temporarily withheld Congressionally approved aid to the Ukraine, an action at the center of the impeachment scandal.

Still, Irvin said that Arkansans remained resolute in their opposition to impeachment. She said the message needed to be sent to Congress to move on to other work.

"Whenever [Congress] is working well, we work well," Irvin said.

"Article 1 [of the United State Constitution] makes this a part of their work," Chesterfield said.

Legislative Council spent about 15 minutes considering the resolution Friday, before a motion was made to cut the debate short and call a vote.