Agency: Shortfall at park is $2M 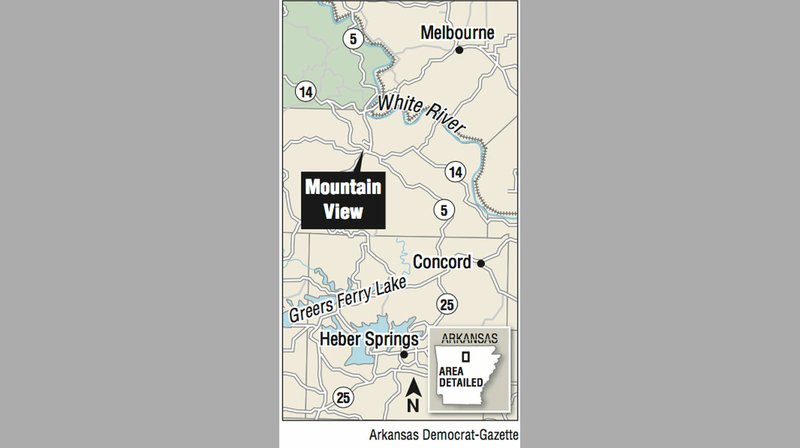 BENTONVILLE -- The Ozark Folk Center State Park is losing $2 million a year but can be turned around and will not close, the Arkansas Parks and Tourism Commission was told Thursday during a meeting at Thanden Fieldhouse at the Bentonville Municipal Airport.

The center, which opened in 1973, was built to preserve and showcase Ozark Mountain culture. Shows at the 1,000-seat auditorium at the park average 125 attendees, Park Department administrators said, while free shows in the Mountain View town center are usually crowded.

Administrators said the culture the center was made to preserve isn't endangered anymore, pointing out that acts that got their start at the folk center now play on Spotify, a popular internet music site, and perform at the Walmart Arkansas Music Pavilion in Rogers and other popular venues.

Officials also noted that audience members can buy beer or wine at other venues.

"I think if we had alcohol sales there, it would do fine," said Mike Wilson, state parks operations manager.

Mountain View Mayor Roger Gardner said he doubts beer and wine sales would make much of a dent in losses as large as $2 million.

The issue of allowing such sales at the park has come up before and the city council has been clear in its opposition to the plan. Stone County, where Mountain View is located, prohibits liquor sales. Private club permits for such sales would require council approval.

A possible compromise might be allowing craft beers and wines at the park, said Grady Spann, director of the Parks Department.

Beyond that one issue, concerts could be moved to a smaller, 150-seat venue at the park, but that would require some renovation, Spann said.

He also noted there are other challenges the center faces, such as how the park's cabin no longer has a near-monopoly on lodging in the area.

The department has tried a wide range of marketing campaigns to boost attendance, he said, but none worked.

Gardner, the mayor, said he was a harmonica musician who performed at the park for more than 20 years. The core problem, he said, was a lack of appeal to a younger audience. He said a theme park on the site's acreage would be a good option if an investor could be found.