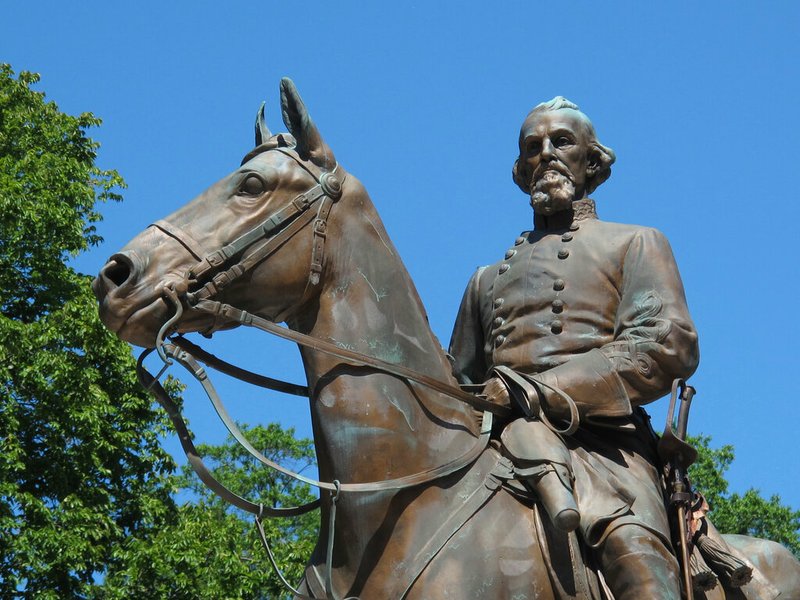 A statue of Confederate Gen. Nathan Bedford Forrest is shown in Memphis in this Aug. 18, 2017, file photo.

Lee’s office confirmed Friday that the Republican, who has previously expressed his displeasure over the honor, was working on the bill. The office did not provide further details.

The law encourages the governor to invite the public to observe each day in schools and churches. It does not, however, outline a penalty should the governor choose to not sign the proclamation.

Lee received national backlash in July when he not only signed the Nathan Bedford Forrest proclamation, but also declined to answer reporter questions over whether he thought the law should change. Lee later clarified that he didn’t like signing the proclamation and would prefer to see the law changed.

“While it is my job as governor to enforce the law, I want Tennesseans to know where my heart is on this issue,” Lee said at the time. “Our state’s history is rich, complex and in some cases painful. With this in mind, I will be working to change this law.”

As of Saturday, Tennessee’s secretary of state’s website did not show that Lee had signed the Robert E. Lee Day proclamation. His office also did not respond to questions if the governor wanted to change that day celebrating the Confederate general, which falls the day before Martin Luther King Jr. Day.

Prior proclamations have said “Robert E. Lee is widely recognized as one of the outstanding Americans of the nineteenth century.”

Forrest, a Confederate cavalry general, amassed a fortune as a plantation owner and slave trader in Memphis before the Civil War.

He was in charge during the battle of Fort Pillow, where an estimated 300 black soldiers were massacred by Forrest’s men after surrendering. The massacre provoked outrage in the North and was one of the most bitterly disputed incidents in the Civil War.

“I know that it’s hard to renegotiate history, but at the end of the day we need to celebrate folks that bring people together and not necessarily tear people apart. I hope that we will consider that and reexamine all of these proclamations for state holidays,” said Sen. Raumesh Akbari, a Democrat from Memphis.

Meanwhile, Democratic Rep. London Lamar, also from Memphis, is sponsoring a bill this year to remove the Forrest Day designation.

Previous Democratic lawmaker attempts to change the law have been unsuccessful.

The attention to the Forrest proclamation comes as lawmakers also have debated for years on possibly moving the bust of Forrest that has sat inside the Tennessee Statehouse for decades.

A state commission is scheduled to meet in February to address the bust, just months after Lee appointed two new members to the panel.