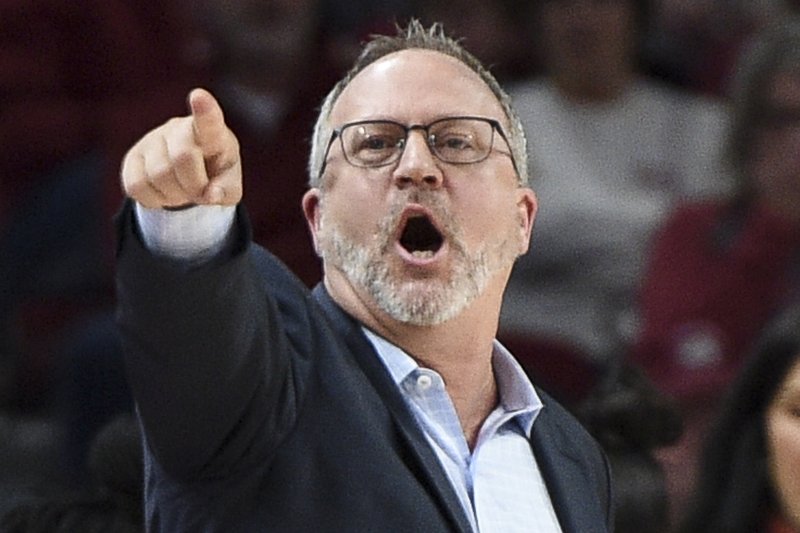 One of the top 25 sophomore prospects in the nation, guard Ysabella Fontleroy, watched University of Arkansas Coach Mike Neighbors and the women's basketball team in action twice recently.

She and her parents, Will and Carolyn, visited Fayetteville for the Tennessee-Martin game on Dec. 29 and Texas A&M on Jan. 2.

"It was a fun atmosphere, and the arena is amazing," Ysabella Fontleroy said. "All of the facilities are really nice. I really like Coach Neighbors and the entire staff. They're really just like cool people. It's easy to sit down and talk to them.

"I like the plans he has for the program. It was just a really great experience to be able to go up there."

Will Fontleroy, a four-year starting guard at Missouri State from 1996-2000, was inducted into the university's athletic Hall of Fame in 2019. He helped the Bears reach the 1999 Sweet Sixteen, and he finished his career with 1,133 points, 370 rebounds and 471 assists.

Will Fontleroy is fond of Neighbors and the Arkansas program.

"I like Coach Neighbor's style of play," he said. "I like the culture he's starting to build there, and it's not that far from the house, so if that's what her choice is, I could see a whole lot more games."

He said his daughter plans to take her time before picking a school.

Ysabella Fontleroy feels at ease when talking to Neighbors.

"He's really good about making personal connections with people," she said. "He seems like the kind of person that's super approachable, and he's a really good communicator."

She suffered an anterior cruciate ligament injury last summer and is in the fifth month of a six-month rehab.

She said Arkansas is high on her list of potential schools.

"They're definitely one of my favorite schools right now," she said. "Like Dad said, it's close to home. The culture is good. It's a cool place to be honestly, but I still have a while though, but I'm definitely considering them."

She has a 4.2 grade-point average.

"Grades are like super important to us," Ysabella Fontleroy said. "That's my thing. I always take extra honors and really try and push myself academically so I can be prepared for college."

She's impressed with the type of prospects Neighbors is recruiting.

"I know a lot of them in my class and the classes above me," she said. "He goes for specific types of people, like good students, just good kids in general, which I'm all about being a part of a positive culture. I can tell he goes for the right kind of people."

She hopes to play professionally, and after basketball she plans to stay involved with sports.

"Right now, I really want to stay around sports," she said. "Hopefully after college, I'll have the opportunity to play whether it be like overseas or in the WNBA, but whenever I'm done with that, I want to either do something in sports medicine and possibly be a physical therapist. This is on the complete opposite of the spectrum, but being a sports broadcaster or sports journalists."