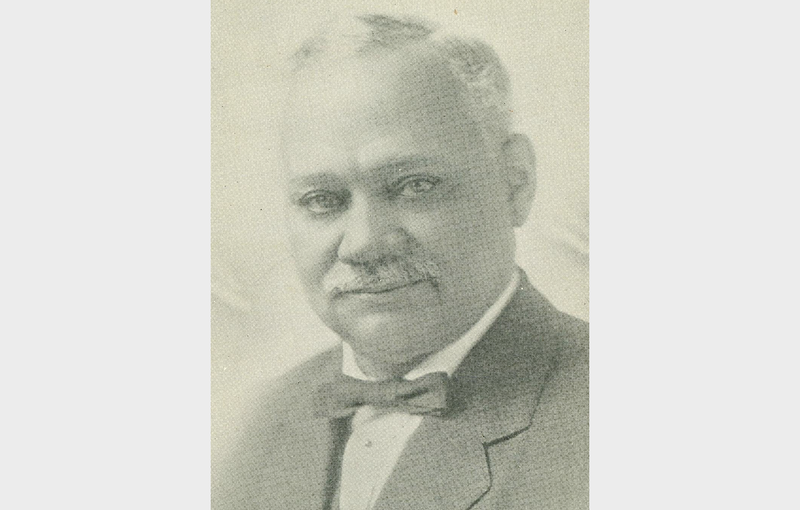 WASHINGTON -- If lawmakers from Arkansas have their way, there will one day be a painting of Scipio A. Jones in the Little Rock post office that bears his name.

U.S. Rep. French Hill of Little Rock introduced House legislation last year that would authorize the post office to "accept and display a portrait" of the trailblazing black attorney.

The artwork would be a fitting tribute, Hill said, to "a great Arkansan, a great lawyer, a great businessman" and a great champion of constitutional rights.

On Tuesday, U.S. Sen. John Boozman of Rogers filed a similar measure in the Senate.

The remaining members of the state's all-Republican congressional delegation agree; they are all co-sponsors.

Private funds will cover the cost of the artwork, supporters said.

Scipio Africanus Jones, born a slave in 1863, went on to become one of the state's first black lawyers, serving as the first president of the Arkansas State Colored Bar Association in 1898.

A faithful Republican, he served as a delegate to many of the party's presidential nominating conventions, occasionally overcoming credential challenges lodged by his segregationist foes.

After the Elaine Massacre in 1919, he defended 12 black men who had been rounded up, charged with murder and summarily condemned by all-white juries.

Despite it being portrayed in contemporary press accounts as a "race riot," most of the victims were black and most of the aggressors were white, historians say.

Blacks, nonetheless, were the target of law enforcement. Large numbers were arrested.

In order for authorities to obtain incriminating testimony, black witnesses had been tortured and whipped until they complied, affidavits alleged.

The proceedings had been perfunctory. Previous counsel for the defense had called no witnesses, the accused had not testified on their own behalf, and guilty verdicts had been handed down in less than five minutes, it was alleged.

After witnessing the initial outcomes, defendants who followed pleaded guilty to avoid a trip to the electric chair.

With his clients already facing execution, Jones fought their convictions, in both state and federal courts, joining forces with the NAACP along the way.

Some, but not all, of the men managed to get their sentences altered.

Eventually, an appeal was filed with the U.S. Supreme Court, arguing that the accused had been deprived of their constitutional rights.

"According to the allegations and affidavits there never was a chance for the petitioners to be acquitted; no juryman could have voted for an acquittal and continued to live in Phillips County and if any prisoner by any chance had been acquitted by a jury he could not have escaped the mob," the majority stated in the justices' 6-2 decision.

When defendants are denied due process of law and state courts fail to fix the problem, then the federal courts would intervene, the landmark ruling showed.

Little Rock attorney John Gill, who has spearheaded the push for a portrait, said Jones is one of the titans of American jurisprudence.

"At the time that Jones defended the Elaine 12, there was no appeal from a state court criminal conviction, and that trial was a travesty of justice with a capital 'T,'" he said.

Jones was able to persuade the federal courts to safeguard the constitutional rights of the accused when a state fails to do so, Gill said.

"It was cutting-edge law," he said. "He turned American jurisprudence in the right direction, and it's been that way ever since. ... He changed American law forever."

The case would propel Jones to prominence.

"Immediately after the victory in the Elaine case, in the [Moore v. Dempsey] case, he becomes a national figure, so he's moved to the national spotlight," said Brian Keith Mitchell, an assistant professor at the University of Arkansas at Little Rock.

Jones, who died in 1943, deserves to be remembered and honored, Mitchell said.

"He was one of the most noteworthy African American attorneys in the country," he added.

Lawmakers have worked, in recent years, to highlight his life and work.

In 2007, then-U.S. Rep. Vic Snyder, a Democrat from Little Rock, sponsored the legislation naming the post office in Jones' honor.

Today, a plaque at the building bears his name.

Given Jones' accomplishments, he merits a full-sized portrait, Hill maintains.

But post office regulations restrict the items that can be placed on display.

"Believe it or not, my friend, this takes an act of Congress," Hill said.

Rather than the measure passing as stand-alone legislation, Hill foresees it being attached to a broader package of post office-related bills.

"It'll be sometime this year, I would guess. Probably ... sooner rather than later, but not imminent," he said.