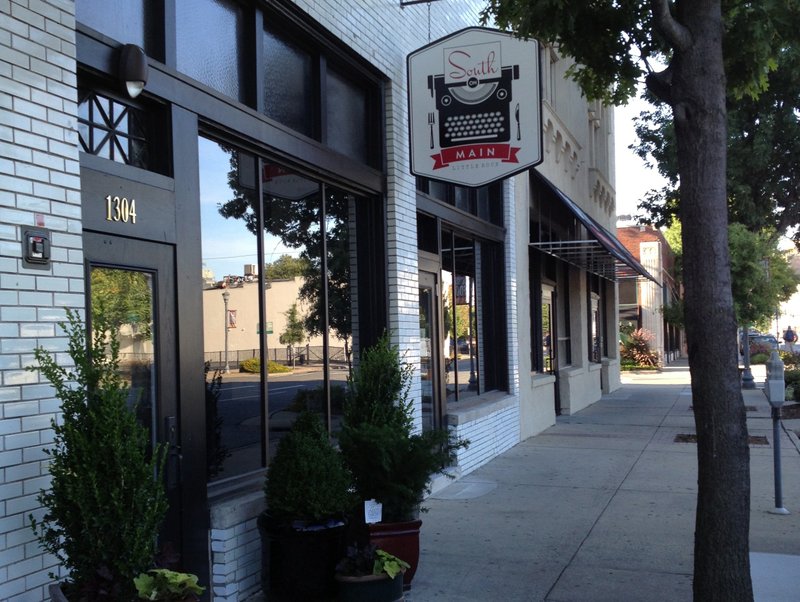 Chef Matt Bell and his wife, Amy, are selling their Little Rock restaurant, South on Main, and moving to Nashville, Tenn., where Matt Bell will become executive chef of Gray & Dudley, the restaurant in the 21c Museum Hotel.

The hotel on Thursday announced it had hired Bell, who opened South on Main in 2013 in partnership with Oxford American magazine, which owns the building at 1304 Main St. that had previously housed Juanita’s Cantina.

Bell said Thursday the South on Main sale is pending and he's not yet in a position to name the buyers. He confirmed he expects to be in place in Nashville by the middle of February.

"I loved everything here," he said, but added in an interview with the Nashville Scene website that the move is “a logical transition in my career to a bigger property and a bigger job in a bigger market.”

An Oxford American news release said restaurant and venue operations would transition to new proprietors after the first week of February and should cause no disruption in the venue’s concert schedule.

Bell, a native of Missoula, Mont., served for four years as the sous chef at Ashley’s at the Capital Hotel in Little Rock. He holds a culinary arts degree from Le Cordon Bleu in Austin, Texas, and interned at North Little Rock’s Ristorante Capeo.

The concept for South on Main has been since the beginning a broad spectrum transit across the range of Southern cuisine, including fried chicken, fried okra and barbecue, but also what then-Oxford American publisher Warwick Sabin described as “staples of Southern cuisine that are less well known,” including dishes from southwestern Virginia and the South Carolina Low Country.

Bell explained at the time that he was looking “to explore the Southern experience through food, take a trip through the South without ever leaving Little Rock.”

This story was originally published at 11:27 a.m.