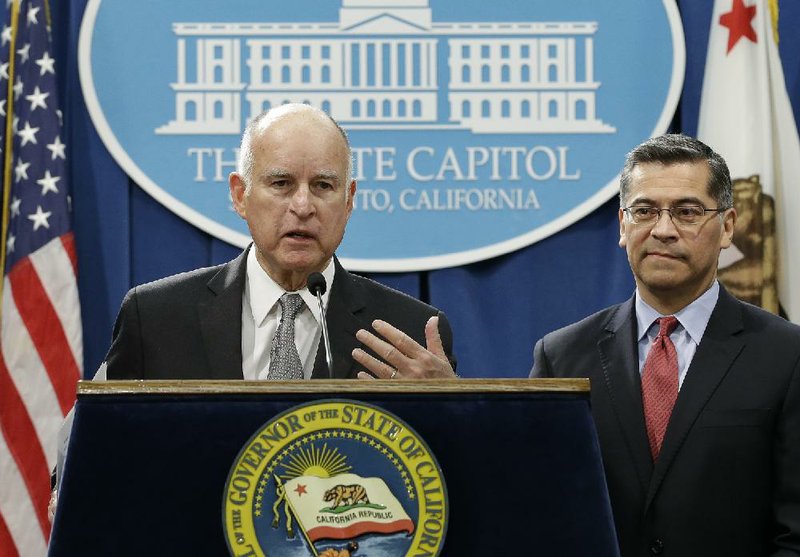 • Former California Gov. Jerry Brown, executive chairman of The Bulletin of the Atomic Scientists, warned that "dangerous rivalry and hostility among the superpowers increases the likelihood of nuclear blunder," after the group moved the hands of its symbolic Doomsday Clock to 100 seconds to midnight as a warning about ongoing threats to human survival. "Climate change just compounds the crisis," Brown said in a statement. "If there's ever a time to wake up, it's now." The change is the clock's closest point to midnight in its 73-year history. The group cited "existential danger" from nuclear war and climate change to move the clock hands from two minutes to midnight to 100 seconds to midnight -- a 20-second advance. The decision was made by the group's science and security board, in consultations with its board of sponsors, which includes 13 Nobel laureates. In a statement accompanying the clock's advance, the organization said nuclear and climate threats "are compounded by a threat multiplier, cyber-enabled information warfare that undercuts society's ability to respond." "The international security situation is dire, not just because these threats exist, but because world leaders have allowed the international political infrastructure for managing them to erode," it said. Rachel Bronson, the group's president and chief executive officer, said: "We are now expressing how close the world is to catastrophe in seconds -- not hours, or even minutes."

• Michelle Carter, the woman convicted of manslaughter for urging her suicidal boyfriend to kill himself in text messages that included, "Just do it, babe," was released from jail Thursday after more than three months was shaved from her sentence for good behavior. Carter, 23, walked out of a jail in Dartmouth, Mass., wearing the same clothes she wore in February when she began serving a 15-month sentence. The Plainville, Mass., native didn't speak as she was escorted to a waiting car to begin serving five years of supervised release. Carter's case garnered national attention as it raised thorny questions about free speech, teenage relationships and depression. In text messages sent in the days before Conrad Roy III's death, Carter encouraged him to follow through with his suicide plan and chastised him when he didn't. "The time is right and you are ready ... just do it babe," Carter, who was 17 at the time, wrote in a text the day Roy, 18, killed himself. A judge determined Carter caused Roy's death when she ordered him in a phone call to get back into his parked truck, which he had rigged to fill with deadly carbon monoxide. The family of her late boyfriend criticized the release. The sheriff "lets her go because she's a good girl? She's not a good girl," said Roy's grandfather, Conrad Roy. 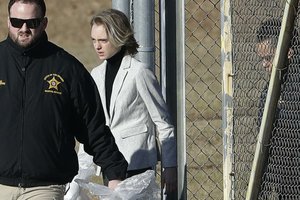