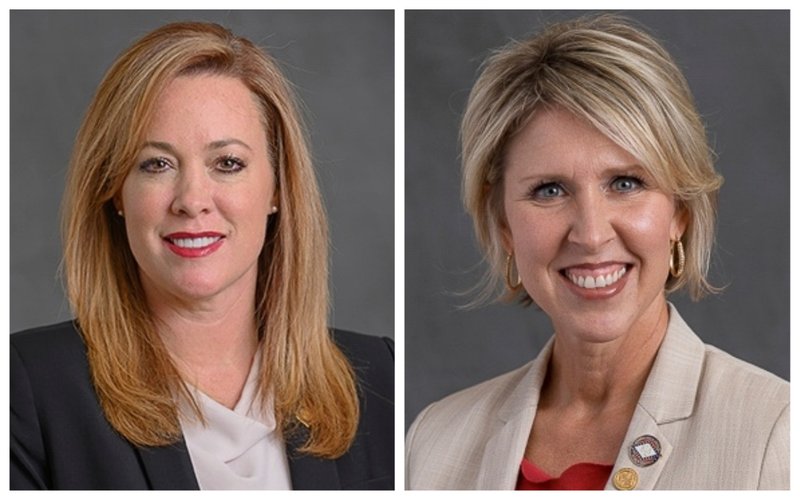 The Arkansas Supreme Court on Thursday settled two election disputes involving candidates for judicial offices, ruling that one candidate -- for a Pulaski County judgeship -- be stricken from the ballot while allowing another candidate for the state's Court of Appeals to remain on the ballot.

Both decisions from the high court upheld earlier rulings in the separate cases by lower court judges.

The first was a unanimous decision by the justices to allow Emily White, an appointed district court judge, to remain on the ballot in her race for the state's Court of Appeals, although she may not appear with the title "judge" in front of her name.

The other ruling, a 5-2 decision by the justices, upheld the decision to have James Winfield Wyatt stripped from the ballot in the 6th Judicial Circuit due to records indicating that he had been found guilty of passing bad checks.

Attorneys in both cases had argued for expedited rulings due to that timeline; however, some absentee ballots were already mailed to voters who had requested them before Thursday, according to the secretary of state's office.

In both cases, the ballots were mailed in accordance with the directions of the lower courts, said Chris Powell, a spokesman for the secretary of state. Because those rulings were upheld, there was no need for new ballots to be printed.

White is a candidate for the open seat on the Court of Appeals' 4th District, representing western Arkansas. Her opponent, Miller County Prosecuting Attorney Stephanie Potter Barrett, had sought to kick White off the ballot by charging in a lawsuit that White lived outside the district and that she improperly filed for office using her maiden name.

According to court records, White had lived in Grant County until early last year before moving to Hot Spring County in order to run for the open seat in the 4th District.

White's children still attend school in Grant County, which is in a separate Court of Appeals district.

While Barrett argued that such evidence should disqualify White, Pulaski County Circuit Judge Tim Fox in November found that White did meet the qualifications to run in the district. The only ruling against White was that she could not use the title "judge" on the ballot because she had been appointed, not elected, to that position.

The Supreme Court unanimously upheld that verdict in a decision handed down Thursday.

The majority opinion, which referred to White by her married surname, said, "Lengefeld's actions and testimony indicate that she is physically present in Hot Spring County -- lingering connections to Grant County do not undermine this point."

The majority opinion was written by Justice Shawn Womack. Two justices, Rhonda Wood and Robin Wynne, joined a concurring opinion stating that they too would have upheld the circuit court's ruling, but with a different analysis.

"She never stopped campaigning," Standerfer said. "She's been going door to door campaigning throughout all of this."

In an emailed statement Thursday, Barrett repeated her accusation that White had attempted "to gain an unfair advantage" by filing for office using her appointed title, and expressed gratitude to the Supreme Court for not allowing White to keep the title on the ballot. Barrett also stood by her challenge to White's domicile.

"The Supreme Court has ruled that a residence is all that is required and now it is up to the voters to voice their opinion at the polls," Barrett said.

Wyatt, a North Little Rock attorney and president of the Pulaski County Bar Association, had filed to run for a judgeship in the 6th Judicial Circuit in September, before a lawsuit successfully ousted him from the race.

The lawsuit, by Pulaski County voter Tyray Carr, alleged that Wyatt was disqualified from seeking public office due to a number of hot-check violations dating back to the early 1990s, when Wyatt was in his 20s.

Wyatt denied that he had ever been found guilty of passing hot checks and challenged the accuracy of the records presented to the court indicating that he had.

His attorneys pointed to the fact that the Arkansas Crime Information Center had no record of the supposed convictions, and that paper records from the district court were not converted to electronic records until at least 2005.

Both the circuit court and the Supreme Court, however, found that the records submitted by Carr met the burden of proof to disqualify Wyatt.

"It is troubling that the majority relied on a 'a secondhand notation entered by an unknown person on a non-original document over a decade after the matter was adjudicated' to remove a good and honorable man from the ballot," said Wyatt's attorney, Lauren Hoover.

Two justices, Josephine "Jo" Hart and Womack, dissented from the majority opinion, writing that they would have allowed Wyatt to remain on the ballot.