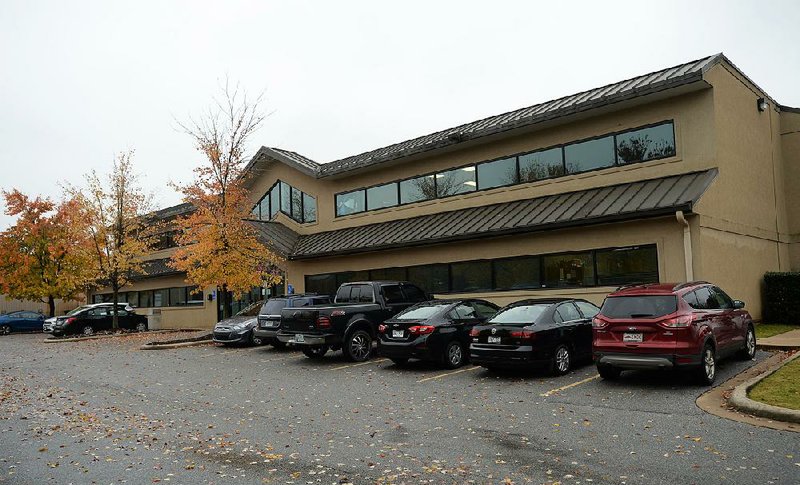 Piney Ridge Treatment Center in Fayetteville treats children “who have sexually problematic behaviors in addition to a major mental illness,” the center’s website says. State officials started an investigation last month into a disability rights group’s claims of neglect and abuse at the facility.

Piney Ridge Treatment Center in Fayetteville has stopped its practice of restraining children through chemical injections while also placing them in seclusion, according to state investigators' reports.

Less clear is what Piney Ridge administrators and state regulators are doing to halt forced or consensual sexual activity among children, as alleged by a watchdog group, Disability Rights Arkansas Inc., and a state-contracted inspection agency in October.

Records of child sexual contact, state investigations and findings aren't available to the public under Arkansas law. Department of Human Services officials say they are allowed to speak only generally about related licensing issues, corrective actions and follow-up visits.

"To be clear, we cannot discuss child maltreatment investigations, whether there was one, or what the outcome of any investigation was," Department of Human Services spokeswoman Amy Webb said in an email last week. Webb cited two sections of Arkansas' Child Maltreatment Act, A.C.A. 12-18-102 and 12-18-104.

In addition to the Disability Rights allegations, Human Services Department administrators say they received one other sexual activity complaint at Piney Ridge about the same time, Webb said.

That allegation involved child sexual contact and lack of supervision in bathrooms, but no children acknowledged sexual activity took place, said Tonya Williams, the department's director of the Division of Child Care and Early Childhood Education.

Since October, there have been no other complaints of sexual incidents among children at the Fayetteville treatment center, agency officials said.

Piney Ridge administrators have declined to speak to reporters about the issue and have refused requests from the Arkansas Democrat-Gazette for interviews and visits.

The center had a recent change in leadership when former Chief Executive Officer Adrienne Catalina resigned in mid-December. Owner Acadia Healthcare Inc. of Franklin, Tenn., has replaced her on an interim basis with Megan Wedgworth, the CEO at Vantage Point of Northwest Arkansas, another Acadia-owned facility.

The facility is one of a few like it in the nation that treats only children with sexual acting-out issues, mental health experts say. It's also relatively large, licensed for 102 kids ages 7-17. About 50% are from out of state, far from their families or guardians.

Piney Ridge also operates as a for-profit business that draws largely on public funds -- children's stays and treatment are paid with state and federal Medicaid monies. The treatment center and similar psychiatric residential treatment facilities are governed by state and federal rules.

The Disability Rights watchdog group, for its Oct. 2 letter to the state, talked with children and staff members who claimed that consensual and forced sexual contact among children was taking place.

A follow-up visit by Arkansas Foundation for Medical Care investigators on behalf of the state found that two of 20 children interviewed reported having inappropriate sexual contact with other children. Sixteen said they had heard about such incidents.

A nonprofit with a federal mandate to inspect facilities for disabled people, Disability Rights Arkansas also found more than a dozen other problems, including excessive use of restraints, inadequate staffing and staff training, reports of bullying and children who said they felt unsafe because of the actions of the staff or other children.

Disability Rights returned for another visit to Piney Ridge early this month and saw construction and repairs taking place. Children were in classrooms during that visit.

Staff ratios were within limits, the nonprofit's attorney Reagan Stanford said in an interview last week. But the group didn't have a chance to see and talk to children in their living quarters. Supervision of youngsters in living areas was an important concern in the Oct. 2 report, Stanford said.

It's not unusual for inspectors to find issues at facilities like Piney Ridge, and for state investigators to identify deficiencies and demand fixes through "corrective action plans," Human Services Department administrators and Disability Rights spokeswomen said in interviews last week.

However, the lengthy list and breadth of allegations at Piney Ridge cited by Disability Rights was "remarkable," said Jerry Sharum, director of the state agency's Division of Provider Services and Quality Assurance.

"The number, the different types of allegations -- that's separate and apart from what we went on to find," Sharum said. "Some of them were later found to be unsubstantiated."

For example, the Human Services Department didn't find excessive use of restraints as Disability Rights reported, though investigators in October did demand a stop to illegal, simultaneous use of chemical restraints and seclusions.

The state also found in December another issue not listed by the Disability Rights group: physical punishment wrongly used to correct children's behavior. The state required Piney Ridge to stop the practices and retrain the staff.

Records through early January reviewed by the newspaper and obtained under the Arkansas Freedom of Information Act show at least 10 state inspections in the past three months. They focused on cleanliness, needed repairs to the building and furnishings, staff-to-client ratio counts and other issues.

None of the reports reviewed by the newspaper address sexual contact among children.

Here's more about what has taken place at Arkansas' largest residential mental health treatment facility for children since Oct. 2 allegations by Disability Rights Arkansas, according to state records and an interview last week with Department of Human Services officials Sharum, Williams and Webb.

Since October, there have been no more licensing complaints about sexual contact among children at Piney Ridge.

Those reports wouldn't include any sexual contact reported to police or other authorities because such information is unavailable to the public under the Child Maltreatment Act.

Piney Ridge has adopted new rules that prohibit children being together and unsupervised in bathrooms. This was not included in a state corrective action plan because the facility identified and corrected the issue on its own, Williams said.

Since Piney Ridge is licensed for children with "sexually maladaptive" issues, allowing children to visit bathrooms together and without supervision wasn't a good practice, Williams said.

Now, children go to restrooms separately, or if more than one is sent at the same time, they're supervised.

Inspectors found that the problem took place during shift changes or when a staff member left work early, Williams said.

Piney Ridge has addressed the staffing issues and is now meeting the 6-to-1 standard, Williams said.

Disability Rights' Stanford said her group believes the supervision problem at Piney Woods centered on sleeping quarters, where there weren't enough staff members to watch rooms that contained as many as four to six children.

Piney Ridge had received a state exemption to house six children to a room in some cases, and that exemption still stands, despite Disability Rights' concerns. State inspectors in recent inspections didn't find as many as six children housed in sleep rooms, Webb said.

• A dirty facility in need of repairs:

Sharum and DHS records reported significant improvements in cleanup and repairs, including painting, epoxy coats on the building, and fixes of holes in walls.

"Some has been done but not all," Williams said. The work was expected to take about six weeks and is still underway.

Tell us your experiences