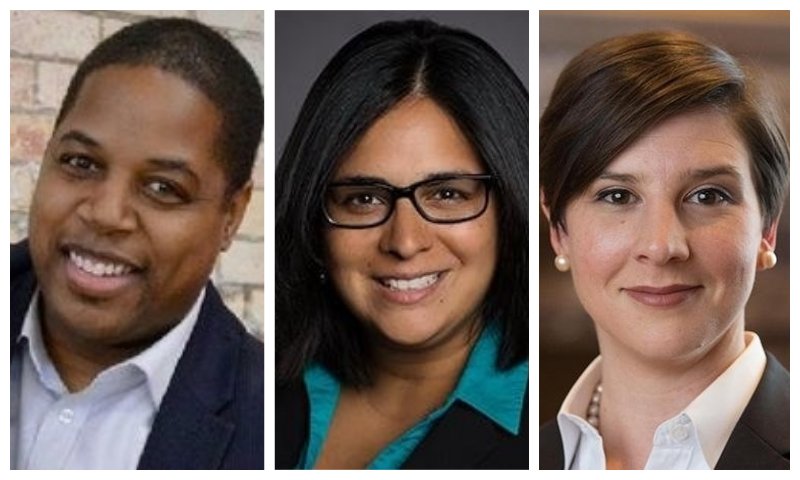 Three Arkansans are among the 60 people chosen this year to be Presidential Leadership Scholars, according to the Clinton Foundation.

The program kicks off Tuesday in Washington, D.C.

Over the next six months, the scholars will spend an extended weekend once a month at various stops, including the presidential libraries of Lyndon Johnson, Bill Clinton, George H.W. Bush and George W. Bush.

"Each year, a diverse group of mid-career professionals begin a journey to hone their leadership abilities through interactions with former presidents, key administration officials, leading academics, and business and civic leaders," according to presidentialleadershipscholars.org.

Former Presidents Clinton and George W. Bush have spoken to the scholars during past programs.

This is the sixth class of Presidential Leadership Scholars.

They were selected after a rigorous application and review process, according to a news release from the Clinton Foundation.

"Scholars were selected based on their leadership growth potential and their personal leadership projects aimed at improving civic engagement or social good by addressing a problem or need in their community, the country or the world," according to the news release.

Through the combined philanthropic efforts of both Walmart and the Walmart Foundation, Walmart.org creates opportunities for people to live better every day, according to the website.

Agnew said her proposed program as a Presidential Leadership Scholar is about changing corporate culture so it's more responsive to the needs of career moms.

She created a group called Walmart Career Moms in 2017. The group was instrumental in getting parking places for pregnant women near the corporate headquarters building in Bentonville.

"The expectant-mother parking signs did not cause a hit on the P&L of Walmart, but it made a huge difference," said Agnew, referring to a profit and loss statement. "I literally cannot tell you how much positive feedback the company received from it. It's a visible symbol of respect."

Agnew, who has a 5-year-old son and 3-year-old daughter, said she wants to learn what other companies are doing for mothers in the workplace and that she wants to share information about Walmart Career Moms with those companies.

"The Mobile Maker Station is the Innovation Hub on wheels, with all the tools and resources to do STEM, art and entrepreneurship activities," said Jones, using an acronym for science, technology, engineering and mathematics. "The big question is how do you scale it and how do you sustain it?"

Jones, a former dean at the Massachusetts Institute of Technology, said the Mobile Makerspace was developed a year ago to take technology, innovation and entrepreneurship out to rural and disconnected communities throughout Arkansas.

The program engaged more than 15,000 people the first year. Students and adults who took part learned about robotics, 3-D graphics design, screen printing, drones and virtual realities, among other things.

"We are fundamentally changing lives," said Jones. "We are altering the trajectory of folks."

For her project, Williams said she wants to encourage entrepreneurship in Arkansas through an incentive formula for startups and business accelerators. She said similar plans already exist for attracting and retaining large companies.

Williams said she wants to make sure of making the right investments in Arkansas' "entrepreneurship ecosystem."

"I've just been frustrated by it for several years because you're really betting on the future and that's not something that government is comfortable with," she said. "The likelihood that they are going to become phenomenal successes is so small already."

The program "serves as a catalyst for a diverse network of leaders brought together to collaborate and make a difference in the world as they learn about leadership through the lens of the presidential experiences of George W. Bush, Bill Clinton, George H.W. Bush, and Lyndon B. Johnson," according to presidentialleadershipscholars.org.

The latest class joins an active network of 298 Presidential Leadership Scholars who are applying lessons learned through the program to make a difference in the U.S. and around the world, according to the news release.

"Examples of these scholar-led efforts include providing employment and mentorship to veterans, helping currently and formerly incarcerated young people to improve job skills and attain a positive self-image, empowering clinicians to speak with patients about safe storage of firearms, and deploying much needed resources in the wake of natural disasters," according to the release.