• Sean "Diddy" Combs called out the Grammy Awards for disrespecting rap and R&B stars in its major categories in a speech that earned him a standing ovation from Beyonce, Jay-Z and several other music industry players. At the end of his 50-minute speech Saturday night at Clive Davis' pre-Grammys gala, where Combs was honored, the music mogul demanded change and said he was happy to be involved in making a difference. "So I say this with love to the Grammys, because you really need to know this, every year y'all be killing us, man. Man, I'm talking about the pain. I'm speaking for all these artists here, the producers, the executives," he said. "The amount of time it takes to make these records, to pour your heart into it, and you just want an even playing field." Over the years, the awards show has been criticized when top performing acts such as Beyonce, Kanye West, Eminem, Mariah Carey and others lose in major categories, including album of the year and best new artist. The rap and R&B stars often fall short of their pop, rock and country counterparts. "In the great words of Erykah Badu, 'We are artists and we are sensitive about our [expletive].' We are passionate. For most of us, this is all we got. This is our only hope," Combs continued. "Truth be told, hip-hop has never been respected by the Grammys. Black music has never been respected by the Grammys to the point that it should be." 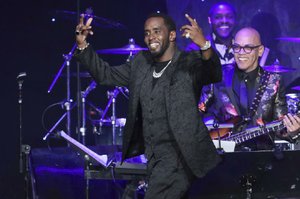 • Ron Howard, whose mother-in-law had lived in Paradise, Calif., before the town was destroyed by the 2018 Camp Fire, premiered Rebuilding Paradise, a documentary he directed on the aftermath of the fire at the Sundance Film Festival. "It's the story of a community, not the story of a fire," Howard said in an interview. "It's a story of a very cruel test." Howard, who visited Paradise 10 days after the Camp Fire swept through, said, "I've never seen anything like it." Rebuilding Paradise largely avoids a discussion of climate change, focusing instead on the strain of rebuilding and the persistence of the town's people. Howard was careful not to draw politics into the film. "This is not about policy. If I wanted to make a movie about climate change, there'd be all kinds of charts and data and talking heads with statistics," Howard said. "But I think we all sense that for whatever reason this is more likely to touch our lives either directly or through loved ones, these kinds of problems. So what does that mean? Then what?" 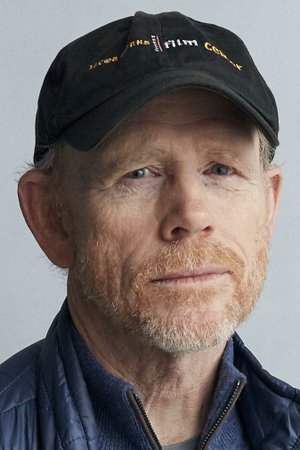