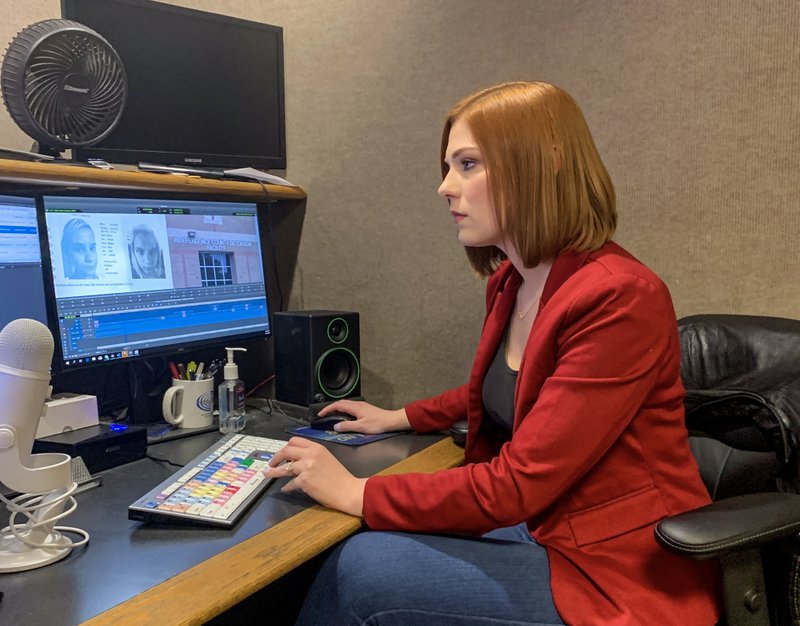 KATV'S Kaila Lafferty demonstrates how she edited her on-air reports and the podcast, Timeline: The Disappearance of Cassie Compton, in the KATV studios in downtown Little Rock. It was the journalist's first podcast, but she is eager to do more after a little rest. (Photo by Cary Jenkins, Arkansas Democrat-Gazette)

A KATV reporter is leaving the station next week after two years in Little Rock.

Kaila Lafferty started at KATV in 2018 as a Daybreak reporter but also worked during her two years on Good Morning Arkansas and as a podcast producer.

She is leaving Little Rock to return to Seattle, where she grew up, so she can be closer to family. She said she has a job at a station there but cannot yet announce which one.

“I’m so grateful people here in Arkansas trusted me to deliver their news every day,” Lafferty said. “Arkansas really helped shape who I am becoming as a person.”

Lafferty said some of her favorite experiences as a reporter included creating the podcast, Timeline: the Disappearance of Cassie Compton, and going into the community to learn about local traditions.

She said she especially enjoyed having a chance to sit on a bull used by professional bull riders visiting the area and getting the opportunity to report on toad racing.