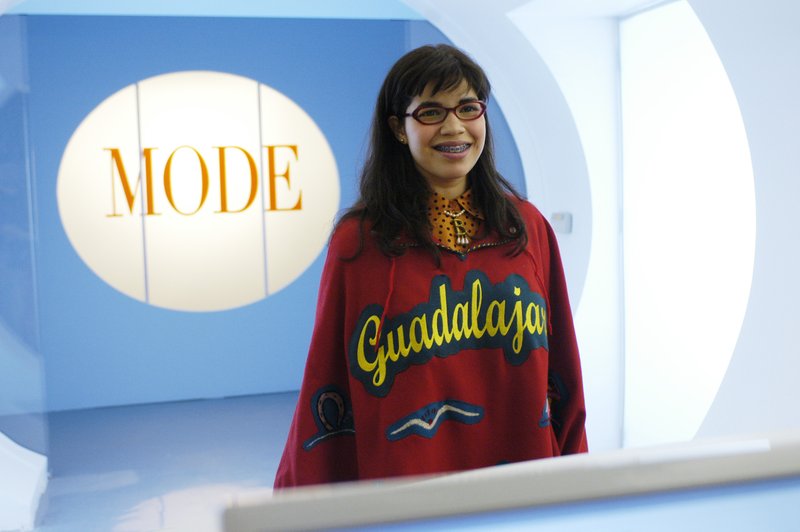 America Ferrera had the lead role in ABC's Ugly Betty. The series was created by Silvio Horta, who died Tuesday at the age of 45. (ABC/John Clifford)

When Ugly Betty premiered in 2006, it was unlike anything that had previously been seen on American television. The series, adapted from the Colombian telenovela Yo Soy Betty, La Fea, revolved around a Mexican American native of Queens who lands an unlikely job at a fictional Vogue-esque magazine.

Played by Real Women Have Curves breakout America Ferrera, Betty — who shows up for her first day of work in a vibrant poncho emblazoned with "Guadalajara," the name of Mexico's second-largest city — was prone to being underestimated by her peers. The one-hour dramedy initially suffered the same fate. Ugly Betty, which was created by Silvio Horta — who died Jan. 7 at age 45 in his native Miami, according to multiple outlets — predated the telenovela-inspired Jane the Virgin and Hollywood's heightened attention on on-screen representation.

Even as some media outlets proclaimed it "promising" and "groundbreaking," many were uncertain about the show's future and how it would play to a "mainstream" audience. "It's too much to ask of this mostly guileless, slightly ungainly series that it be another Lost or Desperate Housewives for ABC this year, so maybe we should watch aloofly, starting tonight," the New York Times advised in its review of the show's first season. "Let's let Betty find her locker and her lunch table, and observe her without asking that she be more than she is."

But Ugly Betty quickly gained a devoted fan base, thanks to its plucky heroine, a reliably hilarious ensemble cast — editrix Wilhelmina Slater (Vanessa Williams) and sassy fashion assistants, Marc St. James (Michael Urie) and Amanda Tanen (Becki Newton), among them — and a healthy dose of sharp wit. About halfway through Season 1, the ABC comedy would prove just how much Betty Suarez resonated with viewers. In January 2007, Ugly Betty won the Golden Globe for best TV comedy, beating out Entourage, Weeds, The Office and, ahem, Desperate Housewives. The show went on the air four seasons and won three Emmy awards.

"Like a lot of its characters and a lot of us up here right now, this show is an immigrant," the show's creator Horta said as he accepted the honor with the cast and crew — including Ferrera and executive producer Salma Hayek — smiling behind him. "Betty is a testament to the American Dream, and the American Dream is, in fact, alive and well — and within reach of anyone in the world who wants it."

Ferrera won best actress in a TV series musical or comedy at the 2007 Golden Globes, where she proclaimed "it's such an honor to play a role that I hear from young girls on a daily basis how it makes them feel worthy and lovable and that they have more to offer the world than they thought."

She paid tribute to Horta in an Instagram post-Jan. 7: "His talent and creativity brought me and so many others such joy & light. I'm thinking of his family and loved ones who must be in so much pain right now — and of the whole Ugly Betty family who feel this loss so deeply."

Ugly Betty had been in development for years before ABC signed on to air it. According to a 2006 New York Times article, Betty La Fea and a slew of successful international remakes had piqued the interest of Ben Silverman, the prolific producer behind The Office. But the American version got a boost from Hayek, who recruited Ferrera with the promise of a role that the actress later described as "lightning through my body."

Horta — who penned the 1998 slasher film Urban Legend, and helmed the short-lived UPN sci-fi series Jake 2.0 — was suited to adapt the popular telenovela for a U.S. audience. "We had one television growing up, and my mom would be watching the telenovelas every night," Horta told the Times. "We had no choice. All my friends, first-generation immigrants, would make fun of them, and then become completely addicted." The Miami-Dade County medical examiner ruled on Jan. 8 that the death was a suicide, according to NBC Miami.

Horta wanted to be involved with Ugly Betty so much that he initially pitched a supremely over-the-top version that featured Betty as an FBI agent, he recalled in a 2007 Paley Center interview. But he soon found that his own experience was all he needed to draw on to make the show a success. "I really just looked into my past, how I grew up with telenovelas and growing up being first-generation Cuban American and ... that's the way I found in."

"Through his friendships, his love and his work in TV and films, Silvio touched the lives of millions," Horta's family said in a statement to Variety. The statement, attributed to Horta's mother and sister, described him as "a kind and beautiful man" who "had an ongoing struggle with addiction and depression."

Horta was also remembered by other members of the close-knit Ugly Betty cast. "His creativity and passion will be missed by so many of us that worked with him," Williams wrote on Instagram.