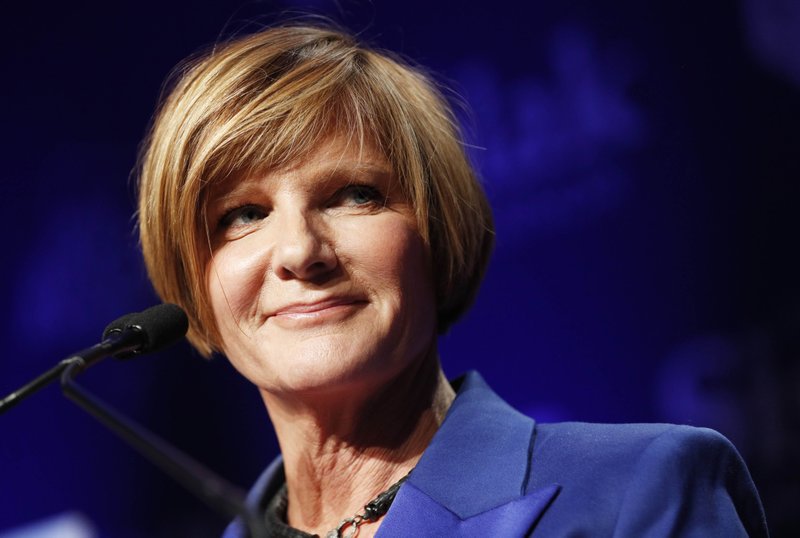 WASHINGTON -- A House Veterans Committee panel Tuesday reviewed programs from across the country, including one from the Natural State, that are helping to lower suicide rates among veterans.

Some were cutting edge, high-tech, complex or expensive. The one from Arkansas, however, was simple, yet successful.

"We may be the low-tech end of today's presentation," Sara Landes, a psychologist and researcher at the Central Arkansas Veterans Healthcare System in Little Rock, told lawmakers and staff members.

Known as "Caring Contacts for Suicide Prevention," the program sends notes periodically, by U.S. mail, to patients who have been suicidal.

The preprinted cards offer what officials call "non-demanding expressions of care and concern."

The example Landes provided featured the image of an American flag and included blank space near the top so the recipient's name could be written in by hand.

"To you who has served our country, we honor you today and every day. Thank you for your service. We are honored to serve you at the VA," it stated.

It included the name and phone number of an "emergency department team" member, as well as a toll-free Veterans Crisis Line.

The cards go out at regular intervals over a year's time, and they're effective, Landes said.

Veterans treated by the emergency department who "screen positive for suicide ideation" automatically receive them, she said.

The first is sent one week after the veteran's visit. Others are sent monthly and, eventually, bimonthly. Extra notes go out on Veterans Day and on the patient's birthday.

"We know that this reduces suicidal ideation, attempts and death by suicide. There's been numerous research studies in the U.S., the U.K., Australia [and] Iran that show that it has this impact," she said.

Landes made her presentation to members of the committee's Subcommittee on Technology Modernization.

The program got underway eight months ago in Arkansas, she said. Now it's being implemented at 25 other VA facilities across the country, she added.

"We've had great success. We've gotten great feedback from the veterans who have received the cards," she told the group.

Landes was just one of the presenters at the round-table discussion, titled: "Technology and Behavioral Health: Innovative Approaches to Reduce Veteran Suicide."

There were also people representing Potentia, which is described as an "innovative, behavior modifying, e-learning platform using psychology and neuroscience to build relevant life skills and to protect and promote the mental health of veterans."

There was even a presentation from SoldierStrong, which is described as a "Virtual Reality therapy program."

Wearing goggles, a veteran can see, hear and even smell high-stress simulations.

Audience members were able to view some of the SoldierStrong images on a screen and listen to some of the sounds.

"Two things that aren't here today are a rumble board; it's a series of speakers that add a tactile element to the immersive experience. And also, we have a scent dispenser. ... It increases the immersive experience: things like burnt rubber, sweat [and] explosions," said Sharon Mozgai, a research analyst with the University of Southern California's Institute for Creative Technologies.

The suicide rate among veterans is 1.5 times that among nonveteran adults, according to the 2019 National Veteran Suicide Prevention Annual Report.

U.S. Rep. Susie Lee, D-Nev., who chairs the subcommittee, said the information had been beneficial.

"It's always the people on the front line who may know the best approaches, and so we wanted to learn what the VA is doing to support that work," she said.

Innovative approaches are needed to combat suicide among veterans, she said.

"This is a problem across our country," she said.