University of Arkansas Little Rock head coach Darrell Walker is shown during the game against Texas State at the Jack Stephens Center in Little Rock on on January 2, 2020. (Democrat-Gazette file photo)

More than a decade later, Darrell Walker has not forgotten what Kobe Bryant told him.

Walker -- who was once an NBA head coach for the Toronto Raptors and Washington Wizards, and later an assistant for the New Orleans Hornets, Detroit Pistons and New York Knicks -- coached against the late Los Angeles Lakers great many times throughout his career.

"A lot," said Walker, who's now in his second season as the University of Arkansas at Little Rock men's coach. "A whole lot."

One particular night stands out.

It was during the 2007-08 season -- Bryant's MVP year -- and Walker was an assistant on Byron Scott's staff in New Orleans. The Lakers and the Hornets -- the Western Conference's top two seeds that season -- were playing in Los Angeles.

Walker, an NBA veteran himself who won a championship with Michael Jordan's Chicago Bulls in 1993, remembers Bryant approaching him at halftime to shake his hand.

"We both just started laughing -- but trust me, trust me, he meant what he said."

That brief conversation with one of the sport's all-time greats has become vastly more meaningful to Walker this week.

The basketball world was rocked Sunday when Bryant died in a helicopter crash outside of Los Angeles, along with his 13-year-old daughter, Gianna, and seven others. Bryant, a five-time NBA champion and 18-time All-Star who retired from basketball less than four years ago, was 41.

Walker called Bryant "a historian of NBA basketball," and he said he always appreciated Bryant's makeup and tenacity.

"He's an old-school player. That's why I liked him," Walker said. "That's why MJ liked him, because he had an old-school mentality. He respected the guys that came before him. He knew the history of basketball. He knew guys that were assistant coaches sitting on the bench. He knew who they were and what they did, how they played."

Walker isn't the only member of UALR's program who was a witness to Bryant's presence. UALR assistant coach Alfred Jordan was at Rucker Park in 2002 when Bryant famously suited up in a pickup game.

The legendary Harlem, N.Y., basketball court is a mecca of street ball, and a host of NBA greats -- Wilt Chamberlain, Julius Erving, Kareem Abdul-Jabbar, Allen Iverson, Vince Carter and Kevin Durant, to name a few -- have played there.

Bryant did so in the summer of 2002, right on the heels of the Lakers' three-peat championship run with co-star Shaquille O'Neal.

Jordan, a Harlem native, was 15 at the time and in attendance with his father, Alfred Avant. Nicknamed "Al Cash," Avant was one of the original announcers for the Entertainer's Basketball Classic, a famous street ball tournament played at Rucker Park. Jordan spent countless summers there with his father and had a front-row seat to some of the most famous moments in street ball history.

But few rival when Bryant showed up to play in 2002. Unfortunately there was a drizzle, and the game was called off in the second half.

"That atmosphere was outrageous that day," Jordan said. "When they were saying, 'Let's stop the game,' Kobe was literally telling them, 'This is barely rain.' Everyone else is thinking on the legal side, like no, no way we can have Kobe here and him get hurt. He didn't want to stop."

"How did you find out about the Entertainer's Basketball Classic?" Avant asked Bryant.

"Everybody knows about it," Bryant said. "I haven't been down here yet. Just a great opportunity to come down here and play some ball."

Jordan and Walker were among the millions stunned Sunday by the news of Bryant's death.

The Trojans were traveling back to Little Rock, fresh off their 73-71 victory at South Alabama the night before. Shortly into their connecting flight out of Houston, Walker said their plane had trouble and had to turn around.

By the time the team had returned to the airport, the news of Bryant's death was breaking.

"To see him gone so soon," Jordan said, "it's still like I'm in a nightmare right now."

"Kobe was an idol to me," Nowell said. "He's the reason why I picked up a basketball." 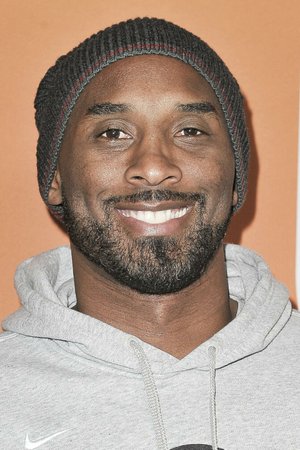