Goodell: Diversity hiring not up to par 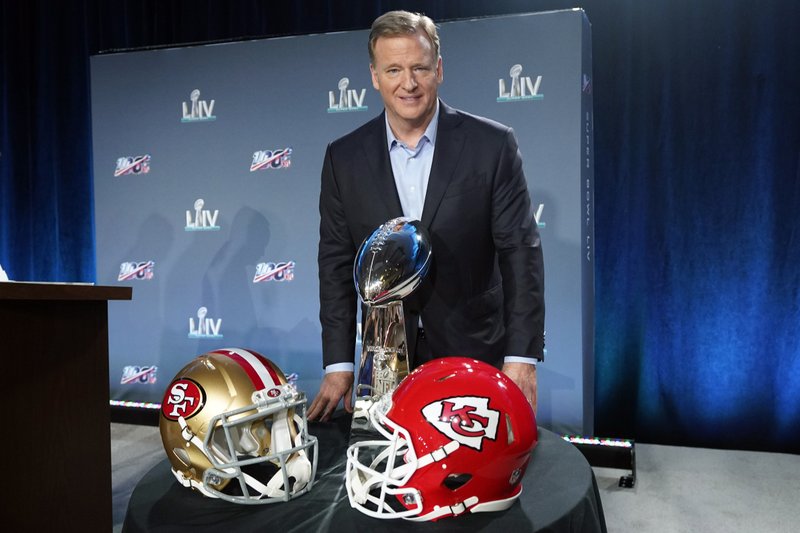 Though the league requires teams to interview minority candidates, only two African-Americans have been hired for 19 open head coaching spots over the past three years. The league has only two minority general managers among the 32 teams.

"Clearly we are not where we want to be on this level," Goodell said at his annual Super Bowl news conference. "We have a lot of work that has gone into not only the Rooney Rule but our policy overall. It's clear we need change and do something different.

"There's no reason to expect we're going to have a different outcome next year without those kinds of changes and we've already begun engaging in those changes. Not just with our diversity committee, not just with the Fritz Pollard Alliance, but others. And trying to figure out what steps we could take next that would lead to better outcomes. It's clear we're all committed to doing that, and we have to make those changes.

"We will have a series of meetings which we've already scheduled over the next month to get that kind of dialogue going, to continue the dialogue to try to determine what are the solutions so we can have those better outcomes," he added.

The Rooney Rule, which has been adopted by other leagues and businesses, calls for a minority candidate to be interviewed for head coaching and executive openings such as general managers. Critics have said those interviews are often simply token responses to the rule and that the minority candidates are not seriously considered for those positions.

Goodell also addressed negotiations between the NFL Players Association and the league on a new labor deal. The current 10-year contract runs out in March 2021 and there is optimism on both fronts that a new deal would be finalized before this March when the 2020 league year begins.

"We've been having incredibly productive dialogue," Goodell said. "I think we've made a lot of progress at now seven or eight months since we began those discussions more formally.

"I think we've addressed difficult issues that face our league going forward and looking forward. I think both the players and management and everyone at the negotiations have worked to try to find creative solutions to make the NFL better, and that's what you want."

As for putting a timetable on a potential agreement, Goodell wouldn't speculate.

"The process will close when the process closes, when all of us feel comfortable that we've reached an agreement that we want to go forward with," Goodell said. "I don't know when that will be. I think it's more important to get it right." 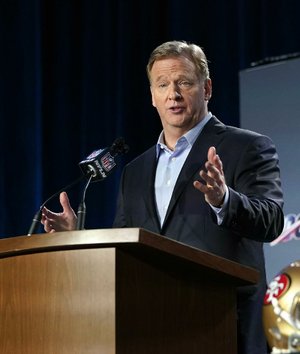 NFL Commissioner Roger Goodell said Wednesday at a news conference in Miami that the league’s minority hiring policy must improve. “Clearly we are not where we want to be on this level,” Goodell said. “We have a lot of work that has gone into not only the Rooney Rule but our policy overall. It’s clear we need change and do something different.” (AP/David J. Phillip)

Print Headline: Goodell: Diversity hiring not up to par