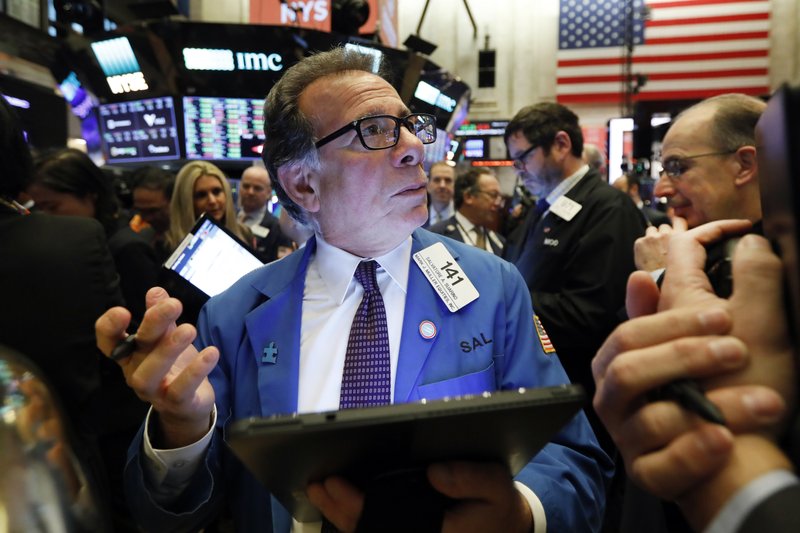 Tesla also reported strong quarterly results after the closing bell, which sent its shares 11% higher in after-hours trading. The electric-vehicle maker's stock had already closed at an all-time high during the regular trading session.

Stocks barely budged after the Federal Reserve announced that it is leaving its benchmark interest rate unchanged at a low level. The move, which was widely expected, reflects the central bank's mostly positive view of the U.S. economy.

"They seem to have gotten the porridge temperature just about right," said Tom Martin, senior portfolio manager with Globalt Investments. "Inflation isn't budging one way or the other -- same thing with unemployment, same thing with wage growth."

Gainers and losers closed nearly even on the New York Stock Exchange.

The Dow, S&P and Nasdaq are on track to end January with gains.

Despite a rally Tuesday, stocks have been mostly pulled lower this week amid investor jitters over the outbreak of a new virus in China. The virus remains a potential threat to the global economy.

Turning to interest rates, the central bank said it would hold short-term rates in a range of 1.5% to 1.75%, far below levels that were typical during previous expansions. Powell and other Fed officials have indicated that they see that range as low enough to support faster growth and hiring.

Apple rose 2.1% after a strong Christmas season helped propel profits beyond Wall Street forecasts. The iPhone maker's surprisingly good report marks a turnaround from a year ago when sales of its marquee product appeared to be sliding. The company is also seeing gains in sales of smartwatches, digital services and wireless earbuds.

General Electric surged 10.3% after a strong showing from its aviation business pushed profits above expectations.

Norfolk Southern climbed 4.9% after the railroad reported surprisingly good fourth-quarter profits following cost cuts. The railroad industry has been experiencing weak demand for freight hauling, and the company is trying to operate on a tighter schedule and move more freight with fewer people.

Traders bid up shares in L Brands 12.9% after reports that the owner of Bath & Body Works and Victoria's Secret could change leadership and sell off some of its parts. The Wall Street Journal reported that Leslie Wexner, who has served as CEO for more than five decades, is in talks to step down. It also said the company is considering a full or partial sale of its lingerie business.