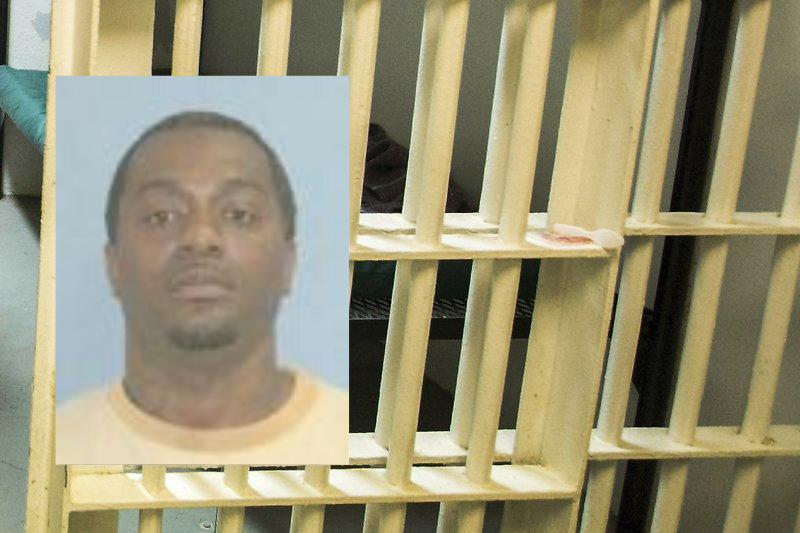 Jesse Montgomery remembers waking up scared in the hospital, unable to speak with a tube down his throat.

He did not know what had put him there, breathing with a ventilator. It took the 32-year-old North Little Rock man awhile to gain full consciousness, but when he did, he felt strange.

"I was feeling kind of funny," Montgomery said Thursday. "I pulled the covers back and I see I was missing a part of my [left] leg."

The limb had been amputated at the knee. Montgomery's right leg had been crushed, too. Broken in four places, a steel rod now holds it together. He sometimes uses a prosthetic, sometimes a wheelchair, but both legs still pain him.

The married father of two spent almost a month in intensive care, separated from his 3-year-old daughter, then almost as much time in rehabilitation.

"I was having surgeries like every five or six days," said the former Army truck driver who spent a year in Iraq.

His jaw had been broken, requiring doctors to use metal plates to repair it. He spent a month with his mouth wired closed, living on a liquid diet, while it healed.

Hit by a drunken driver in a March 2018 late-night crash at Park Street and Daisy L. Gatson Bates Drive, Montgomery said his injuries regularly strain his stamina, preventing him from working as a barber. He is working on getting his commercial driver's license so he can resume driving a truck like he did in the Army.

Montgomery said he had initially accepted that his injuries were the result of the accident.

That is, until he saw the surveillance video of the hit-and-run driver, uninjured and walking away from the crash, pausing only to remove items from his own SUV. The man never stopped to check on Montgomery, who had to be cut out of his borrowed 2002 Honda Accord by rescuers in front of Central High School.

Then Montgomery learned that man, 39-year-old Courtney Lamont Smith of Little Rock, had gone home and, about 20 minutes after the crash, called 911 to report that his SUV had been stolen. Montgomery said Smith's seeming callousness hurt him deeply.

Smith, with seven felonies, mostly for drug offenses, had been on parole at the time of the crash for his second domestic-violence conviction, authorities said.

Nearly two years after the crash, Montgomery faced off with a repentant Smith at a sentencing hearing Thursday before Circuit Judge Barry Sims.

Smith had offered Montgomery a written apology two months after the crash, and he tearfully expressed his remorse again Thursday, saying he had pleaded guilty to the charges -- second-degree battery, leaving the scene of an injury accident, making a false report to police and first-offense driving while intoxicated -- because he wanted to take responsibility for what he'd done.

"I am a man who has been broken by the mistakes I have made. I cannot blame anyone for my actions but myself," Smith told the judge. "I am truly sorry, and I pray he forgives me."

Public defender Will Wisdom told the judge that Smith was ready to go to prison, but he asked the judge to consider Smith's difficult childhood.

As a boy, Smith had been kidnapped by his father and repeatedly abused until he was returned to his mother, Wisdom said. Smith's childhood trauma had left him with post-traumatic stress disorder and chronic depression, the attorney said. His mother has died since he has been incarcerated, and he had no family who could speak on his behalf at sentencing, he said.

"Unfortunately, Mr. Smith was raised in an environment where people don't act the way they should," Wisdom said.

Deputy prosecutor Scott Duncan, with co-counsel Reese Lancaster, asked the judge to consider the maximum sentence, 45 years in prison, noting that Smith could apply for parole after serving about 7½ years.

"We see who he is," Duncan told the judge, pointing to the crash video and Smith's criminal history, which includes 10 convictions for driving on a suspended license. "We've got someone who has shown you -- through his history and his actions -- what he's about."

Sims imposed a 36-year term. Moved by the testimony, the judge said he also was affected by the stark nature of the black-and-white video recording, captured by school cameras. Sims said he also could not call what happened an accident, given that Smith ran a stop sign at 48 mph when he collided with Montgomery.

"It was like an explosion," Sims said. "I couldn't see him [Smith] coming because his lights weren't on."

The judge said he thought long and hard about the sentence, saying he didn't want to just throw Smith away because he believes that Smith can reform if he decides to be rehabilitated. But Smith has had his chances over the years, with eight probationary sentences before being sent to prison in 2011, the judge said.

He urged Smith to use his prison time to take advantage of the programs offered, particularly in dealing with his difficult upbringing.

"You can't lean on that for the rest of your life. You have to stand up and take responsibility," the judge said. "The only way you can do that is for me to order you to."