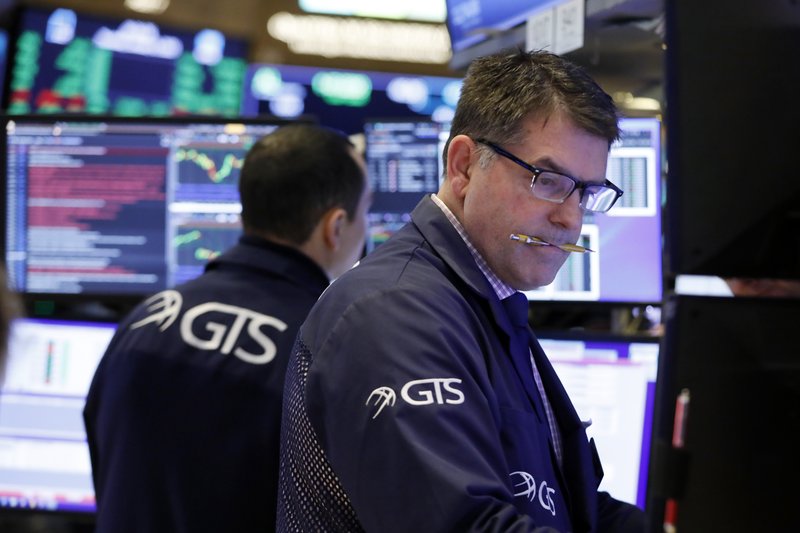 News of a spike in the number of confirmed cases and fatalities from a virus outbreak in China put investors in a selling mood for most of the day, overshadowing a batch of mostly solid company earnings reports.

Traders have been worried that the outbreak could end up dampening global economic growth. But those concerns appeared to ease by late afternoon, after the director general of the World Health Organization said that the organization was not recommending limiting travel or trade to China.

"There is no reason for measures that unnecessarily interfere with international travel and trade," Tedros Adhanom Ghebreyesus told reporters in Geneva after the organization officially declared the outbreak a global emergency.

Amazon reported its quarterly results at the close of regular trading. The company's earnings and revenue blew past Wall Street's expectations, sending its shares sharply higher in extended trading.

Stocks have given up some ground after a strong start to the year amid uncertainty over the virus outbreak. Still, the major indexes remain on track to end January with gains.

The indexes spent much of Thursday in the red as investors assessed the latest company earnings reports and monitored developments in the outbreak of the virus outbreak.

"While the WHO declaration was anticipated to come at some point, they did stop short of suggesting travel and trade restrictions with China were necessary to prevent the spread of the virus," said Mike Stritch, chief investment officer of BMO Wealth Management. "The aversion of a 'worst case scenario' put a floor under equities with airlines, for example, moving higher in the afternoon."

Jitters over the virus outbreak had many investors initially seeking less risky assets Thursday. That drove up the prices of U.S. government bonds and gold. The yield on the 10-year Treasury note fell to 1.55% from 1.59% late Wednesday.

Tesla surged 10.3% after the electric-vehicle maker blew past Wall Street's fourth quarter earnings forecasts on record sales. The company also told investors that it is ramping up production of the Model Y small SUV, which is a key product because consumers are buying smaller sport utility vehicles.

Other companies failed to impress traders.

Altria slid 4.2% after the maker of Marlboro cigarettes reported hefty costs because of its investment in e-cigarette maker Juul. Altria took a 35% stake in Juul at the end of 2018 and that company has since faced a surge in federal and state investigations into its marketing amid an explosion of underage vaping teenagers.