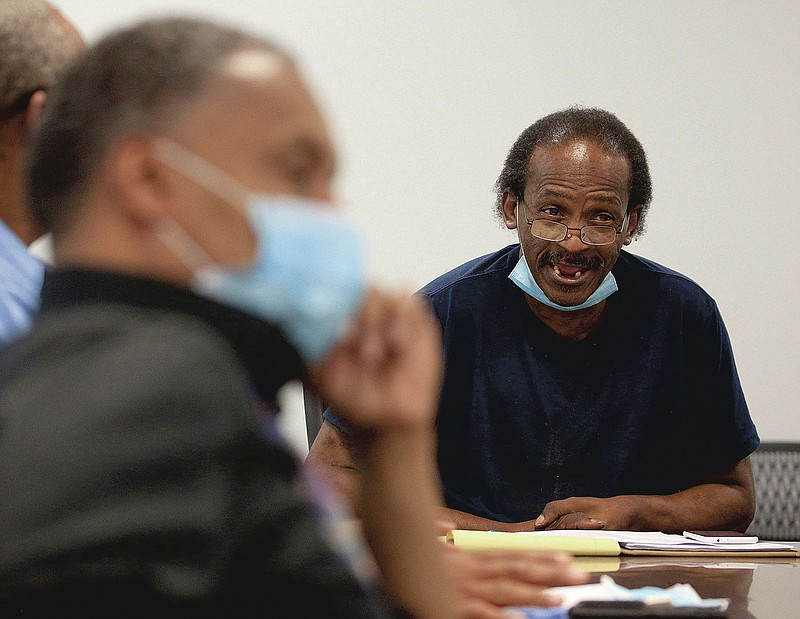 LITTLE ROCK -- Mayor Frank Scott Jr. will initiate the process of dissolving the board of the city's public housing authority, based on concerns from the U.S. Department of Housing and Urban Development and employees at the agency.

The Little Rock Housing and Urban Development field office requested a meeting with Scott on June 25 to share "serious concerns" about the Metropolitan Housing Alliance board of commissioners, the mayor said Thursday evening.

Scott said he also had received email and phone calls from employees who expressed concerns about the role and authority of the board, as well as fiduciary responsibility with the board's ongoing Rental Assistance Demonstration projects.

Comments from board retreats in the past year, as well as the authority's most recent executive director's resignation letter, point to tensions between the board and staff, he said.

"I've been in office 18 months, and there's been a number of concerns with MHA," Scott said.

The agency is federally funded and locally controlled by a five-member board. The authority is the largest public housing agency in the state and provides rental assistance to people with lower incomes.

Lowe said Thursday night the mayor laid out the options but the board hadn't received formal notice from Housing and Urban Development concerning any complaints. He said he'd had conversations about the agency's operation with the mayor but he didn't think concerns expressed about board overreach were enough to disband the board.

"What has gone wrong?" Lowe said. "I haven't misappropriated any money. Nobody has broken the law. I'm just trying to see what would be so egregious that the board would be disbanded."

The chairman also cited Arkansas Code Annotated 14-10-169, which deals with housing authorities in the state, and said he believed the board cannot be dissolved without sufficient charges.

Subchapter 210 of the law states a commissioner of a local housing authority may be removed from office "for inefficiency or neglect of duty or misconduct in office only by the vote of the majority of the city council."

The state law says removal shall occur only after the commissioner has been given a copy of the charges at least 10 days before when the city's governing body hears the charges, and the commissioner must have had an opportunity to be heard in person or by counsel.

The agency has undergone several changes in executive leadership in the past couple of years. At a specially called meeting earlier Thursday, the board chose Nadine Jarmon, director of the housing authority in Deerfield Beach, Fla., as its interim executive director.

The current executive director, Anthony Snell, submitted his resignation to the board in June. His last day will be Thursday.

To initiate the process to dissolve the board and reappoint commissioners, the city attorney must first issue a notice of consideration to dissolve. Scott said that notice has not been issued, but that Lowe and at least one other board member were aware of the possibility. The decision will ultimately fall to a vote of the city Board of Directors.

Ward 2 City Director Ken Richardson, who serves as the commission's liaison to the city directors, said Thursday evening he didn't have enough knowledge of the reason for dissolving the board to say whether he would be in support.

He said he had heard some concerns about the board micromanaging the staff.

"I think that's caused some concern with some employees within their department," Richardson said. "There have been some conflicts with staff and the board on specific projects."

Top leadership has been turbulent at the housing authority since the November 2018 resignation of director Rodney Forte after six years. After Forte's departure, Marshall Nash served as interim director until he resigned abruptly in April 2019. Snell was appointed interim director that month.

In June 2019, after a national search for a new executive director, commissioners announced they would begin contract negotiation for the top job with Jarmon, who ultimately didn't accept the job. Snell was hired as executive director in October.

On Thursday, the board selected Jarmon as interim executive director after a roughly 35-minute executive session. Lowe said Jarmon didn't take the job last year because of family circumstances. Reached Thursday afternoon, Jarmon said she was excited about the job though she didn't yet know all of the details.

Scott said Thursday evening he sought to put Blake in the interim role because he wanted Blake to further investigate the complaints from HUD and employees who had reached out to him about the agency. He said he also wasn't aware at the time the board was considering Jarmon, who he said seems qualified.

"Due to knowing that they did not have an identified interim director at that point in time and based on the serious concerns presented to my office, we felt that it was important that we get someone there as quickly as possible to maintain the fiduciary responsibility of MHA and our city's most vulnerable population," Scott said.

Jarmon said she received a call from the agency Monday asking if she would be interested in the job, which she said was unexpected because the inquiry was circling back on her 2019 application.

The mayor said he presented putting Blake in charge of the agency for 120 days as a third option to HUD, rather than immediately dissolving the board to maintain continuity during the Rental Assistance Demonstration program conversions, while working to hire a permanent director.

Scott said he had told Lowe and another housing commissioner about the possibility of the board being dissolved before Thursday's meeting.

"They were well within their right to make that offer [to Jarmon], but they were aware of the possible next steps," Scott said.

Snell's resignation came as a result of disagreements between him and the board and what he said were harmful actions by the board, according to a June 4 email.

In a message to Lowe, Snell offered his resignation letter and cited "conflicted leadership, forcible compliance with detrimental Board actions and mounting efforts to constructively discharge me."

"It has become abundantly clear over the past several months that the Board's actions and demands are oriented toward a different type of executive leadership at MHA," Snell wrote in the letter. "A number of actions have been fundamentally detrimental to the agency and have systematically usurped my responsibilities as the Executive Director, constructively discharging me as the day-to-day leader of the agency leaving me no option but to offer my resignation."

"I don't know what he's talking about," Lowe said. "Everything we've done has always been above board and open."

In response to a question about employee complaints, Lowe said those concerns hadn't been taken before the board and talking about them without doing so was "just short of back-stabbing."

Comments in a report from the December board retreat, which the board went over with a hired mediator during its midyear retreat in June, referred to confusion about the level of involvement the board should have in day-to-day operations and the board's mistrust of the staff.

Since Snell submitted his resignation letter, the board has called three special meetings in addition to its regularly scheduled monthly meeting. The bulk of those meetings take place in executive session, before which Lowe states the board will discuss a personnel matter.

State law allows closed meetings "for the purpose of considering employment, appointment, promotion, demotion, disciplining, or resignation of any public officer or employee." It also requires the specific purpose of the executive session to be announced in public before the meeting is closed. 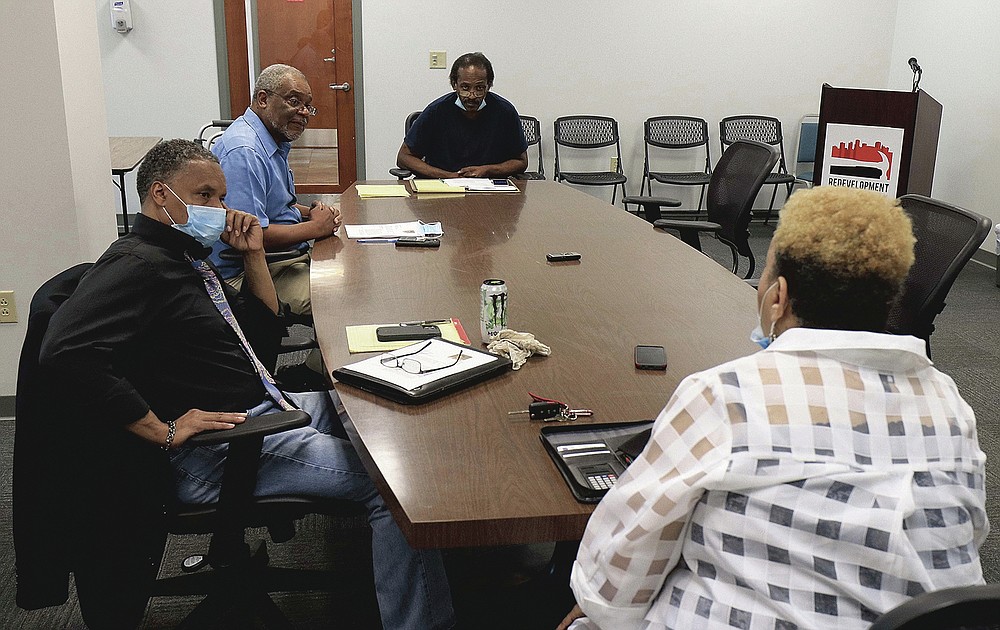