Looking for 'The Truth' in Paris 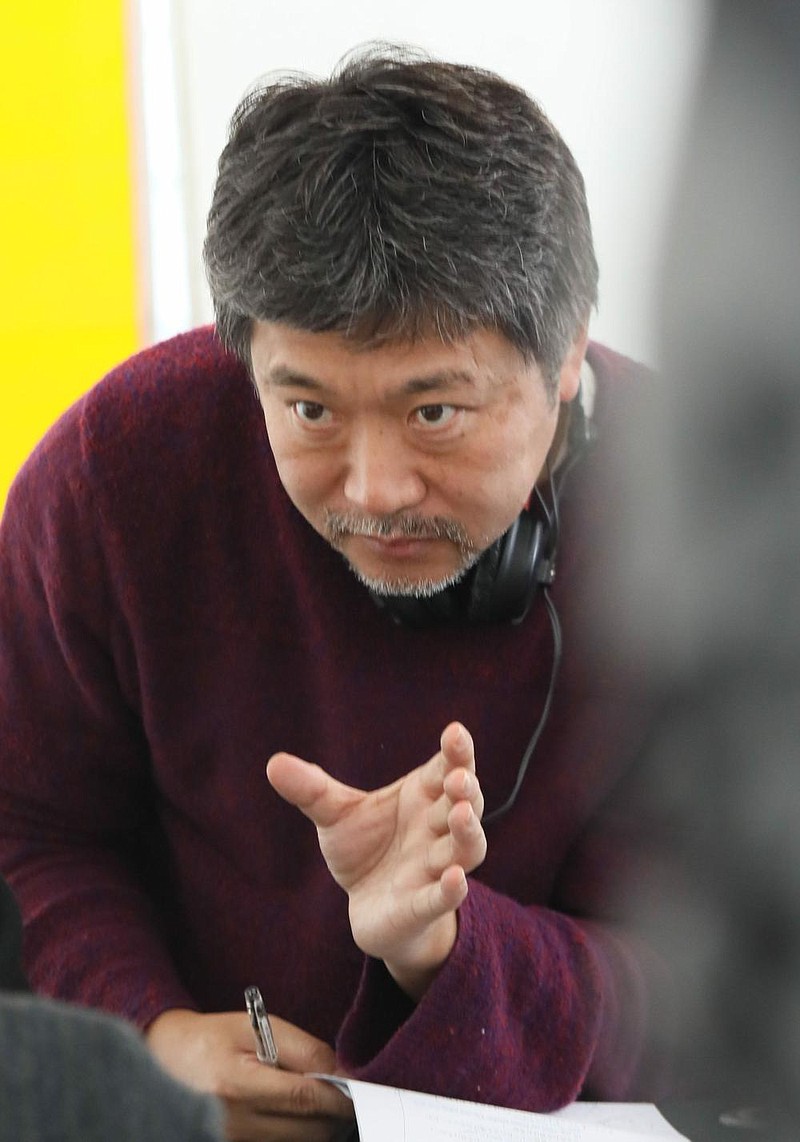 Hirokazu Koreeda on the Paris set of his latest film “The Truth.”

Scroll through Japanese writer-director Hirokazu Koreeda's Internet Movie Database page, and after you've given yourself carpal tunnel scrolling past the awards he has either been nominated for or received for movies like "After Life"(1998), "Nobody Knows" (2004) or his widely acclaimed "Shoplifters" (2018), it's striking how few of the plaques and statuettes have come from his native land.

Until 2018, Cannes and San Sebastián seemed more receptive to his movies about misfits and outcasts than crowds in Tokyo or Yokohama did. Speaking by phone through an interpreter Koreeda says that's not a problem anymore.

"I would I would have to say that recently many more Japanese people have started coming to see my films, but at an earlier stage in my career it was definitely true that I had larger audiences for my films and received more awards for them outside of Japan," he explains.

This may help explain why his latest movie -- "The Truth" -- was set and entirely shot in France. It stars Catherine Deneuve as Fabienne Dangeville, a revered French actress who's now starring in a science fiction film and plugging a memoir that's less than forthcoming.

Her own daughter Lumir (Oscar-winner Juliette Binoche) works as a screenwriter and is irked by her Mom's inability to express anything honest, unless it's in a script. Watching all the discord is Lumir's American husband Hank (Ethan Hawke), who may not be as oblivious to the dysfunction as he appears.

"Well I wanted the title 'The Truth' to have a lot of ironic meanings," Koreeda says, "including Fabienne's memoir, which is just filled with lies but to also see these two women who are professionally involved in the business of pretending, the mother, Fabienne, through acting, and the daughter by writing and feeding lies to her own granddaughter (Clémentine Grenier) to say to her mother to communicate emotions she couldn't quite manage to do on her own. I thought I wanted to see that play out."

The world of "The Truth" seems radically different from "Shoplifters," which concerns a couple of part-time workers who steal to live. In the process, they wind up adopting a girl to help in their illicit livelihood. Unlike the characters from the previous movie, Fabienne and her family aren't wanting for food or even cash.

Because of the deception running through Fabienne's life, it's tempting to think that Koreeda's new film is about spiritual deprivation, while "Shoplifters" concerns material deficiencies. Koreeda quickly set me straight.

"I'm not sure if that holds because the people in 'Shoplifters' were also longing for a human connection, so I'm not sure you can draw a clean line between the two films," he says.

When asked about writing about a different country and about people in a far more elevated tax bracket, Koreeda replies, "You know, the world of 'Shoplifters' is not something that I personally have experienced, so I had to do a lot of research and use my imagination to try to breathe reality into that world, very much the way that I had to do research and use my imagination to try to make the world of 'The Truth' as real as possible. So, the short answer is no."

He also seems remarkably unintimidated about how his script might have been altered for French and English ears.

"Yes, I was concerned about that, so I had a completely bilingual person working with me the whole time. I trusted her to make sure that actors you were delivering their lines for accurate meaning, but my job as the director was to pay close attention to the rhythm and nuance and everything that fills in the space around the words and for all of their dialogue to fit as an ensemble. Those were intuitive judgments that I needed to make, but I found that it was actually easy to tell the difference between a take that was working and a take that wasn't working."

It probably doesn't hurt that much of the movie takes place where Fabienne is working on her own film.

"I wasn't worried about that," he says. "In a sense, the film set is a place where I have a great deal of experience with. It's easy for me to imagine how to make that film set experience real, so I had pretty clear ideas about how I wanted to portray that film set."

If getting the chance to work with Deneuve, who has worked with everyone from Lars von Trier and Francois Truffaut to Roman Polanski and Luis Buñuel, and Binoche is something he couldn't do back in Tokyo, he says that France offered some surprising challenges.

"In France, the labor conditions are incredibly different from those in Japan. We had to stick strictly to an eight-hour workday. Saturdays and Sundays were off. Catherine Deneuve only appeared on set after 12 noon, and children can only work four hours a day. Trying to put that production schedule together was like an intricate puzzle. I was only able to roll about half of what we could have rolled in Japan," Koreeda says. "That being said, the French crew was absolutely professional, and we were certainly able to film everything completely, but I was a little dumbfounded at first."

It probably helps that Koreeda is an unapologetic fan of Deneuve's decades-long filmography. Careful viewers will spot allusions to "Belle de Jour" and other entries from her résumé.

"It's true that I had made nods to her previous career. I didn't want to get corny or pushy about it, so I tried to be restrained. I definitely tipped my hat to her career from time to time," he says.

He also tips his hat by casting Hawke as an outsider to Lumir's environment.

"Exactly. You're exactly right. That's why Ethan Hawke and Fabienne has said to him in a language that he really doesn't understand, 'I'm a winner, so I'm not sad." Ethan Hawke goes back to his wife, and she seems sad, so he was able to see through her as an outsider. I think that scene expresses why Ethan Hawke is there and the significance of his role," Koreeda says.

Regardless of where he's making movies, Koreeda says that he's had a consistent goal. He says that he has made the films he has because there aren't many like them anywhere inside or outside of Japan.

"I am very interested in and drawn to the power of cinema that can render something that is invisible, visible," he says. "There aren't many movies that depict people like that in Japan, either. In my earlier film, 'Nobody Knows,' what I was most interested in portraying was even though there are those children who survive for months on their own, living in an apartment house surrounded by people, nobody else in the apartment house noticed or paid any attention to them. It seemed to me quite symbolic of the city we know as Tokyo that we ignore or tend to not see people like that who are in our midst. I think the same is probably true of people like the people in 'Shoplifters.' If they lived next door to us, we would probably pretend not to notice." 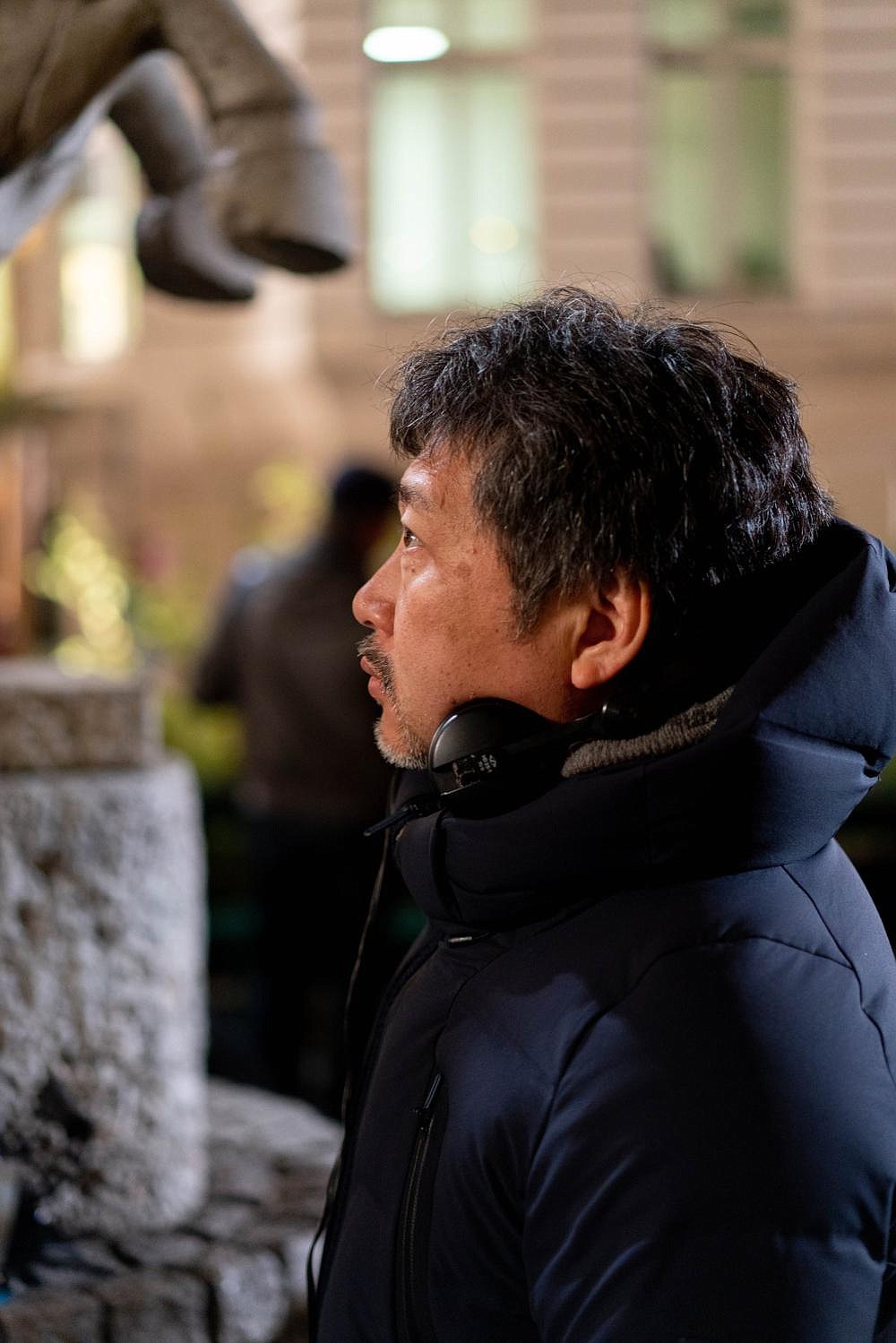 Hirokazu Koreeda shot his latest film in French, in France, with a French crew even though he doesn’t speak the language himself. All he needed, he says, was a good bilingual person at his side.
ADVERTISEMENT