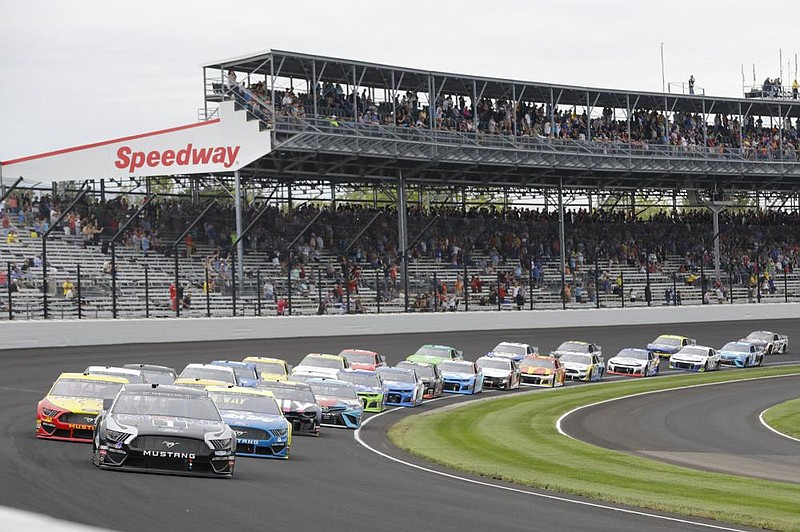 Kevin Harvick leads the field through the first turn of the NASCAR Cup Series Brickyard 400 in September at Indianapolis Motor Speedway. NASCAR’s Cup Series will share a venue with IndyCar on the same weekend for the first time in history. (AP/Darron Cummings)

INDIANAPOLIS -- The once-frosty schism between the two biggest racing series in the United States has finally thawed and the result is a blockbuster event at Indianapolis Motor Speedway -- even without fans.

NASCAR's elite Cup Series will share a venue with IndyCar on the same weekend for the first time, a doubleheader conveniently forced by the frantic rescheduling required by by the coronavirus pandemic. Even so, it is an important step in putting forth a united front for the sake of motor sports.

"We're all racers. We want racing to be successful," said Kevin Harvick, the current Cup Series points leader and the winner at the Brickyard last year. "I know it's kind of had that stigma for a number of years [of] there's the IndyCar guys and there's the NASCAR guys. ... Racers are racers. Everybody wants to see a good race and be part of a cool event."

The fracture between the two leagues dates to at least 1954, when NASCAR founder Bill France was allegedly told by IMS security he'd been ordered to leave the speedway. France was already working on his own big race track, Daytona International Speedway, and he vowed it would give Indianapolis a run for its money.

The battle was on and neither side had any desire to build a working relationship. IndyCar dwarfed the Southern-based stock car series. But the open wheel racing split in the mid-1990s -- during which Tony George created his own series -- gave NASCAR an opening to capitalize as CART and the Indy Racing League fractured its base. NASCAR exploded in popularity and blew past its bitter rival as the place to race.

As years passed and NASCAR became an annual staple at Indianapolis, the relationship between the two series has improved. Jay Frye, who spent decades working in NASCAR, is now president of IndyCar. Steve Phelps, just the fifth president in NASCAR history, has never held a longstanding vendetta against the series.

Most important, though, is that motor sports titan Roger Penske now owns IndyCar and the speedway and has the juice to broker such a weekend. When the coronavirus pandemic blew holes in both series' schedules, Penske plopped the IndyCar road course race -- originally scheduled for May -- on the shared weekend with NASCAR.

IndyCar will open the spectacle Saturday with its second event of the season, then NASCAR's second-tier Xfinity Series will make its debut later that day on the same road course. The Cup Series races Sunday on the 2.5-mile oval. Covid-19 restrictions mean IndyCar and NASCAR teams and drivers will not mingle, use different entry points at the speedway and work from different garages.

The inability to open the gates to spectators is the one downside to what is an otherwise monumental moment for both series.

"To me, that's the unfortunate part, we don't get to have fans in here," said Penske, who has 18 Indy 500 victories and two Cup Series championships as a car owner. "But I went to Jim France and Steve Phelps and said, 'Look, the Brickyard has not been able to be what you have hoped, and now that we run the series and the speedway, we can make the decisions and we can get this done and it will be good for everyone.' "

This new pairing could ultimately smooth the road ahead for an entire industry battling for attendance, television ratings and sponsorship. NBC Sports is IndyCar's broadcast partner and begins its portion of the NASCAR season this weekend. Sam Flood, executive producer and president of production, has tried to move away from head-to-head scheduling that forced viewers to choose which race to watch.

"We think it's a really important crossover to have people watch racing ... to get people to sample different series, and you shouldn't just be a NASCAR fan, you should be a racing fan," Flood said. "I think this is a great celebration of motor sports. The interest in motor sports is high. We just need people to watch each other's forms of racing and grow the overall pool of racing fans.

There are no drivers scheduled to compete in both series. Seven-time NASCAR champion Jimmie Johnson plans to drive five-time IndyCar champion Scott Dixon's car in a test on the road course next week.

Both IndyCar and the Cup Series will work from the garages once used when Formula One's United States Grand Prix was held at Indy in 2000-07, and the NASCAR group can't even enter the facility until IndyCar has cleared out. It means drivers can't socialize the way initially imagined on a weekend such as this, and they'll have to watch the other series on television.

"I don't think I'll be able to watch the race. I wish I could have. It's the situation we're in," said Simon Pagenaud, winner of both the road course race and the Indianapolis 500 last year. He indicated IndyCar will be exiting the speedway grounds before the Xfinity Series goes green.

"At the end of the day, it's a historical moment, I think not just for American racing but for worldwide racing. I look forward to the weekend and seeing the reaction afterward." 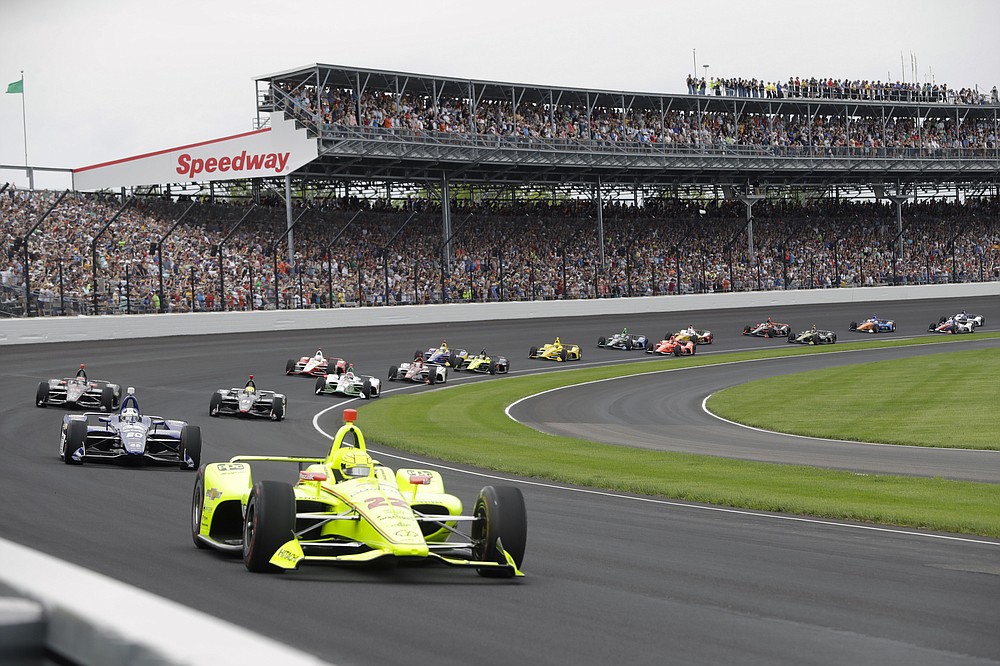 FILE - In this May 26, 2019, file photo, Simon Pagenaud, of France, leads the field through the first turn on the start of the Indianapolis 500 IndyCar auto race at Indianapolis Motor Speedway, in Indianapolis. The once frosty schism between the two biggest racing series in the United States has thawed and NASCAR's elite Cup Series will share a venue with IndyCar on the same weekend for the first time in history. (AP Photo/Darron Cummings, File)
More News

NOTE All races will be televised on NBC.