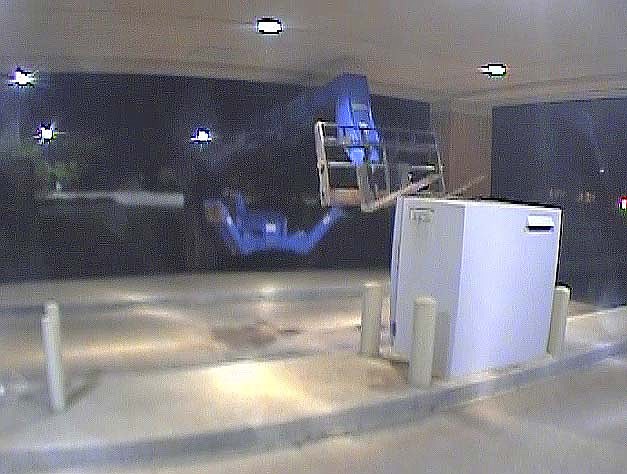 BENTONVILLE -- Police are investigating the Friday theft of a bank automated teller machine.

Bentonville Police Department officers responded to an ATM alarm at about 4:20 a.m. at First National Bank at 300 S.E. Walton Blvd., according to a department news release.

The theft of the entire ATM was discovered at about 7:20 a.m., according to the release.

A telescopic forklift stolen from a nearby construction site was used to break loose and remove the ATM, the release said.

Video footage from the bank and surrounding businesses showed the ATM being loaded into a large dump truck by an unknown number of suspects who fled the scene, according to the release.

Police found the dump truck and the stolen ATM about 9 a.m. at a construction site in Rogers a few miles from the bank, the release said.

The Rogers Police Department and the local FBI field office are assisting in the investigation, according to the release.

A reward of up to $10,000 is being offered for information leading to the arrest and prosecution of suspects related to this investigation, the release said.

Anyone with information about this crime can contact the Bentonville Police Department’s non-emergency phone number at (479) 271-3170.

The personal information of callers can remain confidential.