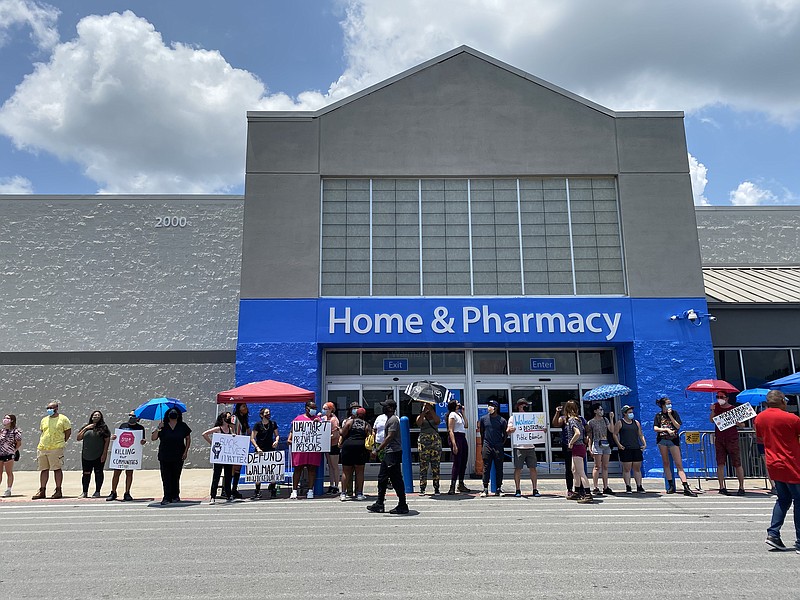 Several dozen demonstrators gathered outside of the entrance and exit to a Walmart in Jacksonville on Sunday in support of the Black Lives Matter movement.

A similar action occurred on June 14, when four Walmart stores and a Sam’s Club in the Little Rock area closed as a result of protests outside the locations.

Around 1:15 p.m., several Jacksonville Police Department cruisers had arrived in the parking lot and police were standing by.

The Jacksonville Walmart was open earlier Sunday, but a Walmart representative told a reporter around 1:30 p.m. that the store had closed.

After leaving the Jacksonville location around 1:40 p.m., the group of demonstrators moved to a Walmart Supercenter in Sherwood.

Protesters outside of the market entrance chanted, “If we don’t get it, shut it down,” and “shame on Walmart,” as customers exited pushing shopping carts.

The Sherwood Walmart Supercenter closed its doors shortly before 3 p.m. after the remaining shoppers inside had exited. Demonstrators remained outside of the store‘s entrances until about 3:15 p.m., when they headed south. At about 3:25 p.m. Sunday, the demonstrators continued their rolling protest at the Walmart Neighborhood Market, which is less than a half-mile south of the Supercenter.