Love conquers all, even these days: what will happen with weddings as pandemic rages on? 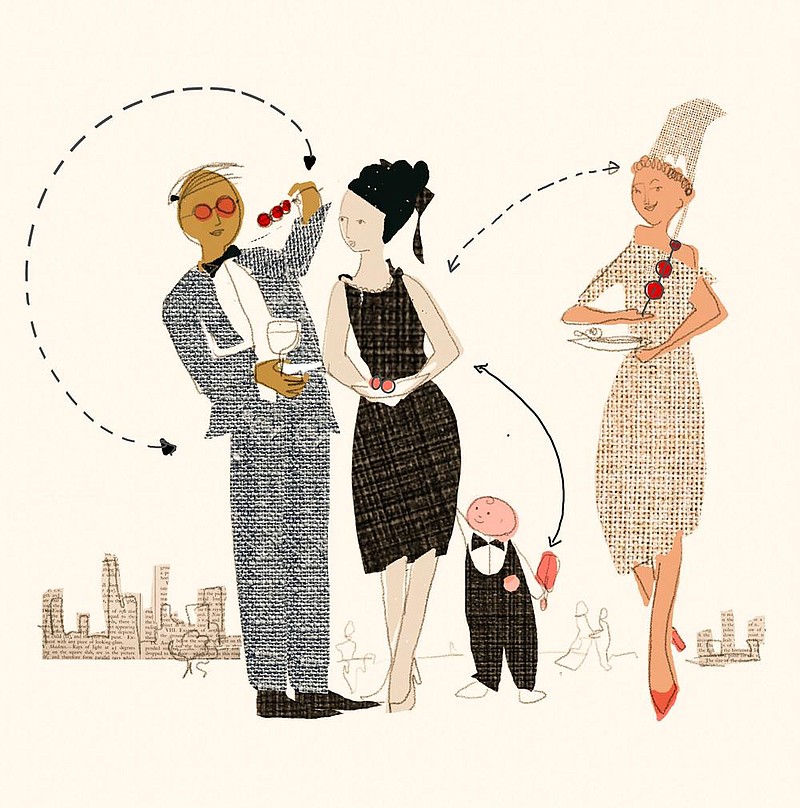 Less is more for 2021 weddings. Extravagant nuptials are taking a back seat to intimate, personalized celebrations. (The New York Times/Ceci Bowman)

The coronavirus or not, one thing is certain: People will find each other, they will fall in love, and, somehow, they will say their vows.

"Love is going to survive this," said Kate Edmonds, a wedding and event planner in New York. "I don't think it's emotionally sound to keep postponing weddings. There needs to be something to celebrate."

And celebrate they will. It just may take some finessing and extra planning.

According to a May survey by The Knot, 66% of 6,253 respondents across eight countries were rescheduling to a later date. Of these, 40% were postponing to later in 2020, 52% to 2021 and 8% were not sure of their new date. (The study was conducted among users of the Knot's brands, including WeddingWire, Bodas and Hitched.)

But how people marry will evolve, and many of the adjustments that we have seen over the last few months are here to stay. Kristen Maxwell, The Knot's editor-in-chief, expects 2021 to have a greater focus on health and safety. Masks and gloves will become de rigueur, as will hand-sanitizing stations (and sanitizers as party favors), numerous dance areas and bars, several smaller celebrations, and the rise of the "minimony," or microceremony. There will be more room for standing, socially distanced seating and a "gesture" line rather than a receiving line, where guests wave or nod instead of hug or kiss.

"With a longing to connect more with friends and family following months of separation, we anticipate couples looking for more ways to involve their closest friends and family members into their weddings," Maxwell said. "Whether inviting guests to join in on the ceremony vows or sharing favorite memories of each guest in a unique seating arrangement display, we won't be surprised to see guest interaction and the honoring of loved ones increase in the near future at weddings."

There probably will not be many celebrations rivaling the Metropolitan Museum Costume Gala for the foreseeable future. No dance floors packed with guests jamming to "Rock Lobster." No three-day destination weddings with endless booze and a luau. Instead, social distancing will be the two most popular words (besides "I do.")

What else can you expect from wedding celebrations next year? Here are some expert predictions.

Livestreaming is here to stay, whether it is via Zoom, Facebook Live or FaceTime. And why not? It is cheaper and more accessible to a worldwide audience.

Depending on where you live, the ceremony itself might be done virtually, which is legal in certain states. In New York, for example, some officiants can legally perform a binding ceremony via video. (Hawaii, on the other hand, does not recognize marriages conducted by video between a couple and an officiant.) But couples might choose to go with a video ceremony that is not legally binding and then do the official service at a later date.

"This is the way to go for couples who chose a specific date that had a lot of significance to them -- an anniversary, for example -- or those who may not have been planning something elaborate to start with and didn't feel compelled to postpone their nuptials in favor of an in-person wedding," said Lindsay Landman, a wedding planner in New York.

Keep in mind, these will not be homemade videos. Rather, videographers and photographers will expand their repertoire to include livestreaming services.

"While some couples have tried to FaceTime or use their mobile phone apps, these are not 100% reliable," said Tori Rogers, owner of Hawaii Weddings by Tori Rogers. "In addition, they tend to pick up the ambient sound and not the officiant or couple speaking. When professionally done, the couple and the officiant are mic'd up so that they can be heard over the waves, wind, birds and other people."

Amy Shey Jacobs, founder and creative director of Chandelier Events in New York, recently started a new division of her company called Don't Let the Day Go By, which merges virtual events with real-life experiences. "You can now drop-ship beautiful flowers from the nation's best florists right to your living room, have virtual photo booths, send wedding cake to all of your guests, and dance your first dance with live musicians," she said. "It is certainly not one that will replace the dream weddings we are planning for our couples. But for the couple who wants to say, "I do" now and celebrate later -- this can be a truly special way to do it."

SMALL IS THE NEW BIG

Intimate and cozy is how wedding experts are describing forthcoming events. This, too, has an upside. With a smaller event, couples will not feel bad about splurging on a more expensive meal, top-shelf liquor or entertainment.

The guest list will also be meticulously curated. "Quarantine made a lot of people realize how much they want to be around certain people in their lives and how much they appreciate time away from home," Rogers said. "I see an increase in destination weddings and many activities planned together. I still think the details are going to matter to a lot of people. It may not be a big dance party, but there will be a reception and something happening."

Edmonds is bidding farewell to the buffet dinner and focusing on plated meals. She also expects to eliminate hors d'oeuvres, or at least change the kinds she serves. "Maybe individual plates with a few hors d'oeuvres, maybe a couple of bite-size hors d'oeuvres mixed with prosciutto, tomatoes and basil and a cocktail fork so you're not dipping," she said. She's also adding hand-sanitizing stations with a timed 20-second jingle.

Taking a cue from Justin and Hailey Bieber, Joe Jonas and Sophie Turner, and Nick Jonas and Priyanka Chopra, many couples will have multipart or sequel weddings, where they make appearances at several smaller events, either "in different hometowns or even elaborate dinner parties with different sets of friends and family," said Sara Fried, owner of Fête Nashville Luxury Weddings.

Another iteration is the so-called shift wedding, in which guests show up at staggered times. This gives the venue time to sanitize the space between groups and also lets the couple spend more time with guests.

Smaller gatherings do not mean that people will arrive in a T-shirt and jeans.

"Without the grand event, the dress, and the bridal party's looks, will be the primary means of self-expression," said Neil Brown, chief executive of Amsale, a luxury bridal house. "Brides will focus even more on styles that are a true representation of their tastes and personality and lean toward looks that accentuate their natural beauty."

To that end, Brown said he believes that bridal dress shopping will evolve, too. "Social distancing requirements will mean retailers can offer fewer appointments and, with safety in mind, prospective brides will likely minimize the number of stores they visit," he said. "Virtual shopping appointments will become more prominent, either to help brides prepare for their in-person appointment and narrow the choice or retailers or to include the friends and relatives unable to attend because of travel or social distancing restrictions."

BIG BASHES WILL BE BACK

The big, boozy, party-'til-the-cows-come-home will return -- eventually. And when it does, it will be grander than ever.

"Eventually we will get back to business when crowds of up to 100 are allowed, but we will still have to be extremely inventive about seating, crowd control, food and beverage service and which staff is absolutely essential to the event," Fried said.

Brown sees a return to big celebrations after the pandemic has ended. "While some couples may eschew conspicuous celebration out of respect for the suffering caused by the pandemic, others may go bigger than before," he said. "As we saw after the 1918 Spanish flu pandemic, there may be another Roaring '20s era. Either way, weddings will have a strong focus on family and valued friendships; the lockdown has truly elevated the meaning of connections to those we love most."

But the party may be separate from the actual wedding.

"There will absolutely still be a big boozy party, but it will be separate from the wedding," said Caroline Creidenburg, chief executive of Wedfuly, a Denver-based online wedding planning company. "It'll remove the wedding pressure from the fun party. Maybe it'll be an anniversary party when the time is right or maybe it'll be a post-wedding party. Whatever it is, it will be a fun dance-filled evening with the pressure of getting married removed from it."