Sisters turn trash into their cause 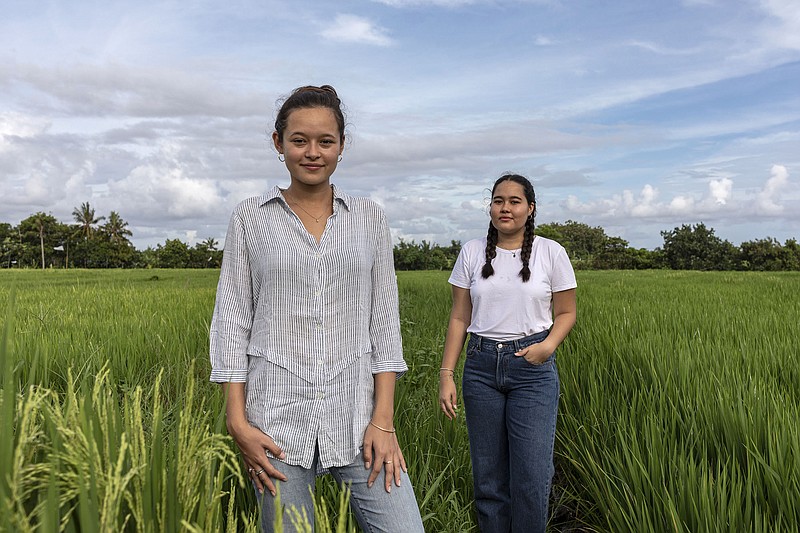 SEMINYAK, Indonesia -- It was trash season on Bali, the time of year when monsoon storms wash up tons of plastic debris onto the island's beaches. It was also the time for two teenage sisters, Melati and Isabel Wijsen, to organize their annual island cleanup.

Standing on the back of a flatbed truck, megaphones in hand, they kicked off a day of trash collecting at 115 sites around the island. Thousands of people came out to help.

"Not only the beaches, we clean up the rivers, we clean up the streets," Melati Wijsen called out on that February day to an early morning crowd of hundreds of volunteers, many wearing shirts with the logos of local restaurants and hotels. "This movement is for everyone in Bali."

Melati was 12 and Isabel was 10 when they began a drive to ban plastic bags, at one point threatening a hunger strike to get the Bali governor's attention. Now, seven years later, they have become local heroes and won international acclaim for their campaign, which resulted in Bali banning plastic bags and other such items that are intended for single use.

The sisters, now 19 and 17, are part of a young generation of global activists, including 17-year-old Swedish climate-change advocate Greta Thunberg, calling for urgent action to protect the planet.

Since starting their campaign, the sisters have traveled around the world to speak at major events. At 15 and 13, they gave a TED Talk in London on Bali's trash crisis. Time magazine listed them among the Most Influential Teens, and CNN applauded them as Young Wonders.

Melati describes herself as a "change maker" and has been more visible in recent months, while Isabel has focused on finishing high school and taking care of her health after discovering that she has an autoimmune disorder.

In January, Melati appeared at the World Economic Forum in Davos, Switzerland, where she spoke passionately about the need to pressure companies and governments to ban single-use plastic. Former Vice President Al Gore, who was on the panel with her, drew applause when he said, "Melati, I'm so impressed with you."

Now, the sisters are wrestling with a problem they could not have foreseen: how to be activists during a time of pandemic and social isolation.

Shelter-at-home rules have increased the use of plastic both in packaging for delivered items and in protective gear for health care workers, dealing a "major setback" to the anti-plastic movement, Melati said.

But she also welcomes the unintended benefits of widespread lockdowns in reducing pollution and allowing wildlife to return to some urban areas.

"This is a virus that impacts us directly right now, but climate change will do the exact same thing," she said. "One of the biggest things we have seen from the coronavirus is that government can act quickly. My question is: Why is that not the case when it comes to climate change?"

While they may be young in years, the sisters are poised and practiced speakers who have given countless talks and interviews. They are also activists for the social media age, often posting videos and messages about their activities.

The daughters of a Dutch mother, Elvira Wijsen, a consultant on sustainable business practices, and an Indonesian father, Eko Riyanto, the director of a furniture export business, they grew up on Bali surrounded by spectacular natural beauty and influenced by the Balinese tradition of living in harmony with nature.

The family home is set on the edge of rice fields a short walk from the beach. But despite the idyllic setting, they have encountered plastic trash wherever they go -- in the rice fields, at the beach and in the sea -- for as long as they can remember.

While plastic refuse is a problem everywhere, it is particularly acute in Bali, where it is common for people to toss garbage aside. Some dispose of plastic by burning it with other trash. But even more plastic is washed out to sea by the island's numerous small rivers, where it drifts in the water, from the surface to the seabed, posing a hazard to aquatic creatures. It is especially bad during the rainy season -- or trash season -- generally from November to March.

The sisters attended the private Green School, which says that its mission is teaching children to be leaders and "change makers." Surrounded by jungle, the school's elaborate bamboo structures have no walls, and its program promotes independent thinking and innovation.

In 2013 the sisters, inspired by a lesson about the lives of Nelson Mandela and Mohandas K. Gandhi, did some research and found that Indonesia was the world's second-largest source of marine plastic pollution, after China. They also discovered that dozens of jurisdictions around the world had banned single-use plastic.

They decided to start their own campaign.

They started a group, Bye Bye Plastic Bags, and posted a petition online calling for a ban on single-use plastic. To their amazement, they quickly collected 6,000 signatures -- but it would take them six more years to accomplish their goal.

During the campaign, they came to see Bali not as an island paradise but "a paradise lost," Melati said.

The sisters found that the island produced enough plastic waste to fill a 14-story building every day but had no island-wide system for collecting garbage.

In December 2017, so much debris washed ashore during trash season that the government declared a "garbage emergency" along some of the most popular tourist beaches.

Yet the growth of the tourism industry and the construction of hotels has continued apace. Even President Donald Trump has plans for a Trump-branded hotel and golf resort there.

"The land is being overpopulated with buildings, new hotels, building on top of the rice fields," Melati said. "We lose sight of the traditional way of living here on Bali without respecting enough the culture that we have."

They also started Mountain Mamas, a community of women who make reusable shopping bags from recycled material as an alternative to single-use plastic. Over time, they built up a network of more than three dozen Bye Bye Plastic Bags chapters around the world.

In 2016, frustrated by resistance from Bali's then-governor, I Made Mangku Pastika, they borrowed a page from Gandhi and vowed to go on a hunger strike -- albeit a modified strike from sunrise to sunset, given their young ages.

Within 24 hours, Pastika agreed to meet with them. With cameras present, he signed an order banning plastic bags, plastic straws and Styrofoam on the island by 2018.

But it was one thing issuing an order and quite another enforcing it. That took continued pressure until the ban finally took effect a year ago under a new governor, I Wayan Koster.

Melati said she had hoped that 2020 would be a year of action on the environment, building on growing support among young people for measures to reduce plastic waste and slow climate change.

But instead, the coronavirus pandemic has meant learning to organize from home, without the social interaction of meetings and rallies. One focus for Melati has been promoting Youthtopia, an international network aimed at helping young people become change makers. She recently posted a video on how to be an activist from home.

"There has been this pause that gives us the space to think about how we move forward," she said. "What do we decide to do? Are we going to go back to normal because the coronavirus didn't do its job and make us think? Or are we going to say we understand that there is another way?" 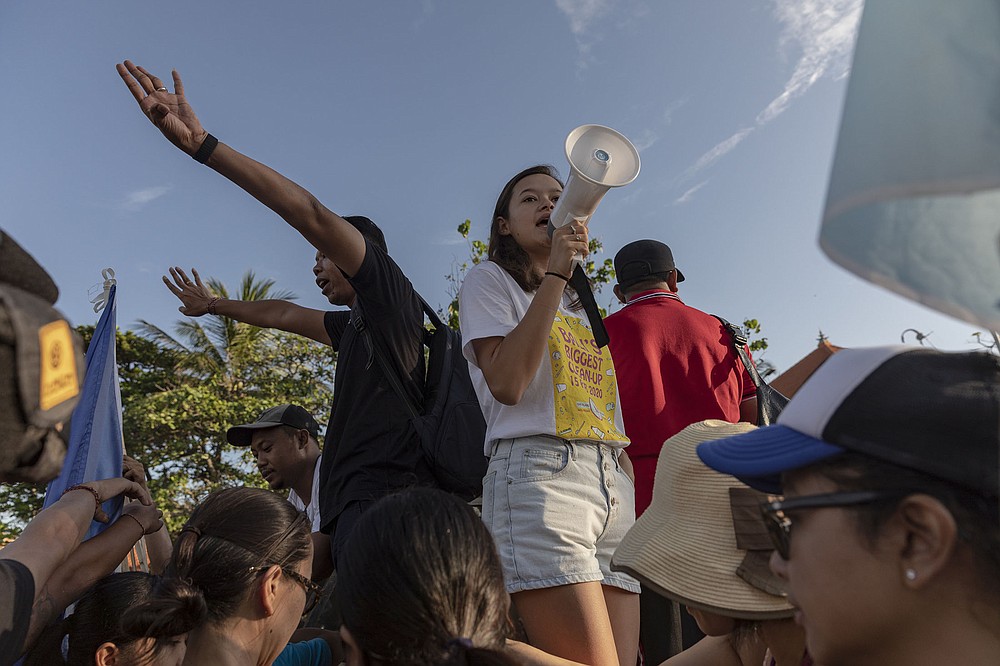 Melati Wijsen, founder along with her sister Isabel of Bye Bye Plastic Bags, uses a megaphone while organizing volunteers for Bali’s Biggest Clean Up, at Petitenget Beach in Bali, Indonesia, Feb. 15, 2020. Since starting their campaign to reduce Bali’s plastic waste, the teenage sisters have traveled around the world to speak at major events. (The New York Times/Nyimas Laula)
ADVERTISEMENT