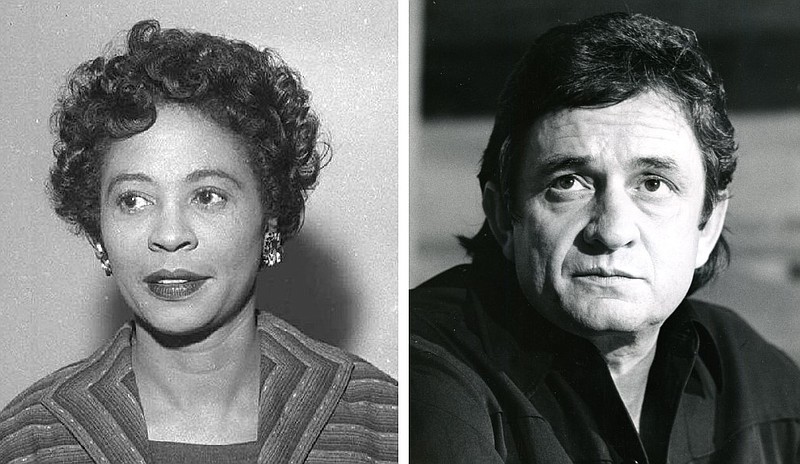 So far, a single private donation of $100,000 has been made toward the effort to replace the century-old statues representing Arkansas in the U.S. Capitol.

The new statues, as decided by state law last year, would be of Little Rock Nine mentor Daisy Bates and musician Johnny Cash.

Kurt Naumann, director of administration for Republican Secretary of State John Thurston, said the aim is to raise roughly $400,000 to $500,000 before the secretary of state's office issues separate requests for qualifications for sculptors to design and create the new statues.

The secretary of state's office has an unfunded appropriation of $750,000 for the effort, he said.

"With this whole covid thing, it's really slowed down the process of getting donors," Naumann said in an interview Tuesday. "There are so many things that are competing with the availability of funding."

"We support the effort by the state Legislature and Governor [Asa] Hutchinson to honor two prominent Arkansans, civil rights pioneer Daisy Bates and music legend Johnny Cash, with statues in National Statuary Hall," she said Wednesday in a written statement.

"We are pleased to support the state's action with a gift to the Foundation for Arkansas Heritage and History to help make these new statues a reality," Hatfield said.

The foundation, a 501(c)(3) organization that supports the Arkansas Division of Heritage, has agreed to be a repository for private charitable gifts for designing and creating the statues. It will turn over the donations to the secretary of state's office, said Melissa Whitfield, a spokeswoman for the state Department of Parks, Heritage and Tourism.

Rep. Jamie Scott, D-North Little Rock, said last week that she urged Hutchinson in a letter to prioritize funding either from the state or private donations for statues of the two historic figures.

"I try to find common ground with my colleagues across the aisle," she said. Hutchinson is a Republican, like a majority of lawmakers.

On June 22, she posted on Twitter a letter from Hutchinson dated June 9, in which he thanked her for her request for funding the new statues.

"As governor, I am supportive of updating Arkansas's representation to that of Daisy Bates and Johnny Cash, and please be assured I share your commitment to working toward this common goal," Hutchinson wrote in the letter to Scott.

Asked by the Arkansas Democrat-Gazette if the governor had helped with the fundraising effort, his spokeswoman Katie Beck said in an email, "The Governor devoted time encouraging support and donations prior to the pandemic."

No state funds have been given to the project, according to the email.

Nonetheless, the matter is important to Hutchinson, who said he has "no official role but it is important for the state and me personally that we are successful in our fundraising efforts. I have made calls prior to the pandemic and look forward to doing more."

In the 2019 regular legislative session, the Legislature and Hutchinson enacted Act 1068, sponsored by Rep. Jeff Wardlaw, R-Hermitage, and Sen. David Wallace, R-Leachville, to authorize the replacement of Arkansas' two statues in the National Statuary Hall Collection in the U.S. Capitol.

Laura Condeluci, a spokeswoman for the Architect of the Capitol in Washington, D.C., said Wednesday in a written statement that "we tell states to expect that the process typically takes at least two years start to finish."

The most recent state to replace a statue was Nebraska, which substituted William Jennings Bryan for Chief Standing Bear in an unveiling in September 2019, she said. The statue of Bryan was donated by Nebraska to the collection in 1937, according to the Architect of the Capitol's website. (The guidelines are at https://www.aoc.gov/sites/default/files/statue_replacement_guidelines_2014.pdf.)

Naumann said the office of the Architect of the Capitol told Thurston's office that the process could take three to five years.

In 1864, Congress passed a law inviting each state to submit up to two bronze and marble statues to be placed in what is now known as Statuary Hall. As the number of states grew, the statues spread to other areas in the U.S. Capitol.

In 1917, the Arkansas Legislature approved a marble statue of Rose, who helped found the Rose Law Firm and the American Bar Association.

In October 2018 amid his unsuccessful challenge of Republican U.S. Rep. French Hill of Little Rock, Tucker wrote in a guest column for the Arkansas Times that "my family is now aware of a statement Sen. Clarke made when he was running for governor in 1894, when he reportedly said: 'The people of the South looked to the Democratic Party to preserve the white standards of civilization.'"

Tucker said he and his family condemned that statement, and that new statues were needed.

Act 1068 of 2019 requires Arkansas' secretary of state to receive funds for the design, completion, transport and display of the Bates and Cash statues.

The funds can include appropriations, private gifts, grants and donations from individuals and organizations.

The money will be deposited as trust funds into the National Statuary Hall Collection Trust Fund in the state treasurer's office.

The law also requires the secretary of state's office to enter into all necessary contracts for the design, completion, transport and display of the statues, as well as all agreements required by federal law to replace the Clarke and Rose statues.

Before the approval of the design, material, production and method of display of the new statues, the secretary of state is required under Act 1068 of 2019 to have those steps reviewed by the Legislative Council (or the Joint Budget Committee if the Legislature is in session); the Capitol Arts and Grounds Commission; and any other commission established to facilitate the purposes of the law.

Thurston's office also must take care of relocating the old statues and setting up the unveiling of the new ones.

"The whole idea is because these [statues have been] in Washington, D.C., for 100 years, we want to have the ability to maintain the historical significance of them," Naumann said. "The proper locale for that, I'll just be honest with you, I'm open to public opinion and suggestion on that. I don't have a set place that we want these to go."

"We as state employees can't go out and and start soliciting private donations for monuments, so we have got folks we have been working with on that," Naumann said.

The steering committee meets next on July 13 to discuss funding and draft requests for qualifications.

The draft requests for qualifications for the design and creation of the new statues envisions a larger-than-life sculpture with a height of between 7 and 8 feet. Seven feet is the average statue height in the Statuary Hall Collection, according to the draft proposal.

"The pedestal on which the sculpture stands must be hollow with a steel frame construction and faced with marble or granite (Arkansas granite is strongly preferred)," according to the draft request for qualifications. "The steel frame/stone facing construction requirement is due to weight issues in the U.S. Capitol."

The secretary of state, after getting input from the Statuary Selection Committee and the Capitol Arts and Grounds Commission, will select up to three finalists to create models that will help determine who is awarded the contract, according to the draft request for qualifications.

Naumann said two separate requests for qualifications will be issued for the two statues, but the same sculptor could create both of them.

Naumann said he originally hoped for the secretary of state's office to issue the requests for qualifications on Aug. 1.

"My goal is before the end of this year," he said. "That's about as realistic as I can get ... not knowing when that money is going to come in. Doing the RFQ now and having it hopefully ready by Aug. 1 or thereabouts, as soon as we get enough money to where we figure we can do it, we could issue it within a week or two after that. I'm shooting for the fall right now." 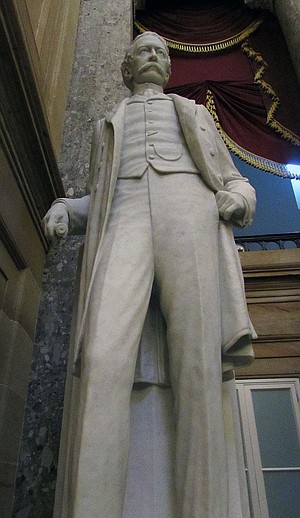 Statues of attorney Uriah Rose (left), founder of the Rose Law Firm, and former U.S. Sen. and Gov. James P. Clarke have represented Arkansas for the past century in the U.S. Capitol’s Statuary Hall. (Democrat-Gazette file photo) (Courtesy of Architect of the Capitol) 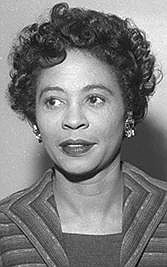 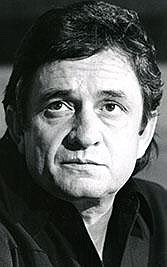