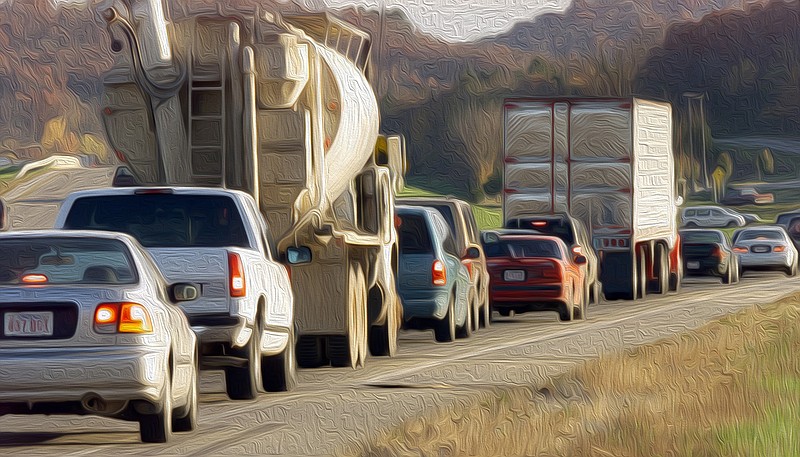 To travel or not to travel?

That existential question confounds many Americans in this strange summer of 2020, as we wonder whether to take a trip and if so how and where.

In the past few days, I’ve been Googling flights to Oregon even as the voice of caution says, “Stop it. You’re not crazy enough to fly somewhere in the midst of a pandemic.”

As I keep Googling, the voice asks. “Are you?”

“No,” I whimper dutifully to myself, but still I keep checking flights.

I do it in part the way I flipped through travel magazines in a pre-digital age, as a way to dream and remember. But I also do it because I’m worried about my sister in Oregon, who hasn’t seen a relative since March or left her home except for a few, slow solo walks around the block. She doesn’t use a computer and her health isn’t good. Shouldn’t I go check on her from 7 feet away instead of 2,000 miles?

So far, after each time I’ve Googled flights — which includes inspecting the safety protocols of various airlines — I’ve shut my laptop with the same shaky resolve I muster when I’m telling myself not to polish off the vanilla ice cream in the freezer: no.

But we’re all making choices about our pandemic behavior while under the influence of other people’s choices, and every couple of days lately, someone I know says they’ve decided to take a trip.

One friend and her husband, among the most covid-cautious people I know, plan to drive to South Dakota. My friend canceled a trip that involved an airplane, figuring the road would be safer, and after a lot of research, she and her husband made plans to stay in a lodge he calls “covid conscious.”

Two other friends recently flew with their teenage son from California to Chicago to stay in a relative’s summer place in Michigan.

“You got on a plane?” I said, curious, dismayed, envious, the full set of contradictory feelings stirred by other people’s pandemic travels. They explained that they’d thought hard about it beforehand and that they boarded the plane fully equipped: wearing medical masks and goggles, with disinfecting wipes and hand sanitizer at the ready. Unfortunately, many of their fellow passengers had a less rigorous approach, which is part of the travel challenge: You can control your own behavior but not the behavior of others.

Another friend — a disciplined mask-wearer and distancer — just decided to take a solo road trip to New York state to see her father, who’s 92. Her dad and his wife aren’t allowing anyone in their home, which she finds sensible, so she’ll stay in a hotel or B&B.

Along the route, she plans to stop for two properly distanced outdoor visits with friends. When she told me that, my mind leaped to the panicky thought that hangs over all pandemic travel:

What about bathrooms? Are you OK using theirs? Are they going to let you?

One couple will allow it, she figures, since they offered her a place to stay, which she turned down. She won’t even ask the other couple because the man just had heart surgery.

Part of our desire to travel this summer is rooted in the instinct to see and feel new things. But often we want to go because we want to see people we love, whose absence feels like an amputated limb.

A friend who’s planning a long drive with her family to see her parents puts it this way: “It makes me feel a little desperate, like if I don’t go see my parents right now, it may not happen until January or later, and I already haven’t seen them since Christmas.”

She refers to “the dark thought at the darkest recesses of your mind, especially if you are thinking about loved ones who are older.” And that dark thought is: “If I don’t go now, will I regret it forever?”

As we proceed through this pandemic, we’re constantly juggling competing needs, while trying to tease needs apart from desire. At the same time, we’re trying to navigate the intricacies of risk factors, figuring out where we fit in, and always — if we’re responsible — with an eye to how much remains unknown.

Recently, the head of the Centers for Disease Control and Prevention said that the number of Americans infected with the virus is probably 10 times higher than the 2.6 million confirmed cases. It’s a number to keep in mind the next time you get an airline email with the subject line: $49 summer fares.