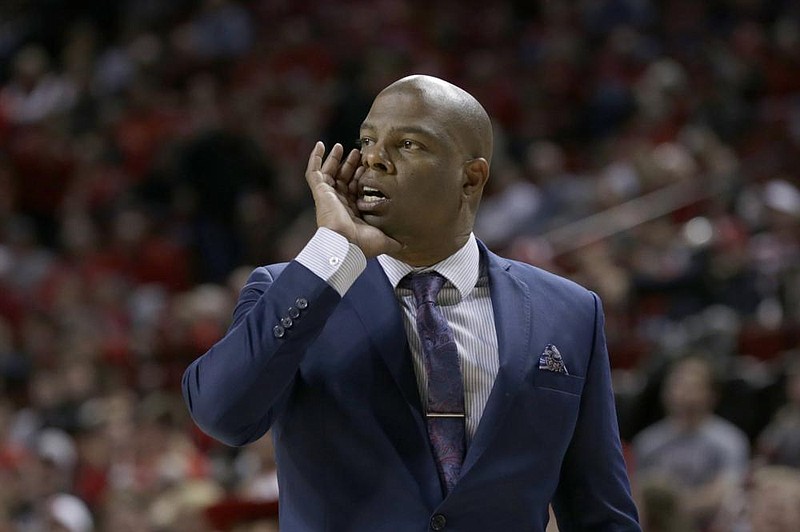 Arkansas associate head coach David Patrick has successfully recruited his homeland of Australia since getting into coaching and his ties are expected to aid the Razorbacks.

Patrick was named to his new post July 1 after two seasons as head coach at California-Riverside. Olgun Uluc of ESPN Australia has known Patrick since 2015.

“David Patrick is the best recruiter of Australian talent, period,” Uluc said. “I don’t think that’s even a conversation. He did it at Saint Mary’s, then LSU, then TCU, and obviously at UC Riverside most recently. At Riverside, he helped lift the program to what was a successful final season for him at the school.

"I went out to a practice in January and he looked to have that group clicking.”

Patrick has recruited several prospects from Australia, including his godson Ben Simmons, the No. 1 overall pick in the 2016 NBA Draft, to LSU.

“Duop Reath was another guy he got to LSU,” Uluc said. “Kouat Noi at TCU was a big get. He’s now playing pro (basketball) in Australia.”

Arkansas and Patrick extended an offer to big man David Okwera of Melbourne, Australia, on Monday.

“He’s just developed such a wide-ranging network in Australia,” Uluc said. “He’s from Melbourne and is able to find those diamonds out of nowhere. He does the legwork, especially with the Sudanese-Australian community out here, so he’s usually the first coach to reach out to rising players, which obviously gives him an advantage from a recruiting standpoint.”

Patrick was an assistant coach for the Australian Men’s National Basketball Team. He helped lead the Australia Boomers to a historic 98-94 victory over Team USA en route to a fourth-place finish in the 2019 FIBA World Championships.

“His time with the Australian Boomers during the 2019 World Cup was obviously big for him,” Uluc said. “It was his first stint as an assistant coach in the national program and he worked closely with Patty Mills, who he coached at Saint Mary’s.”

Uluc is impressed with Arkansas coach Eric Musselman pulling Patrick away from a head coaching job.

“The move to Arkansas was surprising,” Uluc said. ”David Patrick has always been among the most effective assistants coaches in college basketball and (he) got a solid head coaching gig in a nice area for his family. Muss must be running some kind of show over there to be able to lure him away from that.”