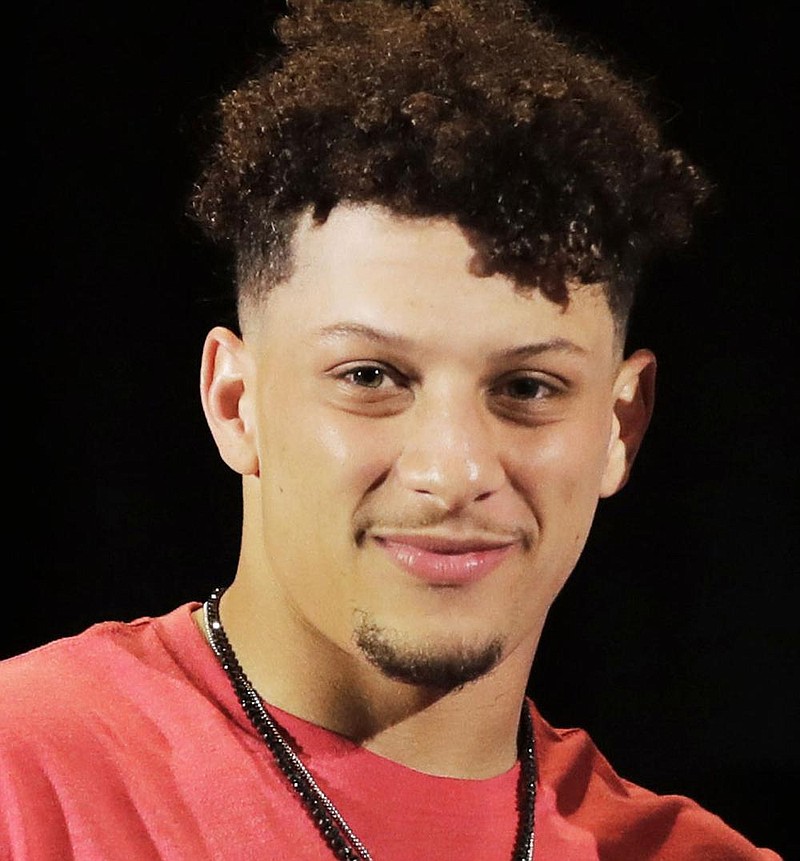 Patrick Mahomes risked everything when he opted for football over baseball.

Turns out, he got baseball money anyway.

One day after the former two-sport star got a 10-year deal with the Kansas City Chiefs worth up to $503 million, the richest contract in American sports history, the reigning Super Bowl MVP repeatedly insisted this deal was about more than money. He wants to be the cornerstone of a dynasty in Kansas City.

"That's how I've always been built -- to follow my passions and do things to the best of my ability," the Chiefs quarterback said Tuesday on a Zoom call. "It's never been about money for me. I'm glad we have this done and I can go out and be the same player that I was and the same person that I was."

The Chiefs are banking on it.

They rewarded Mahomes, 24, with $477 million in guarantee mechanisms, a no-trade clause and opt-out clauses if he doesn't hit those guarantees -- clauses more commonly associated with baseball contracts than football deals.

But almost from the moment Kansas City traded up to select the Texas Tech star with the No. 10 overall pick in the 2017 draft, the front office had been mapping out a strategy to keep Mahomes.

"Going back to the first free agency I was part of in 2018, we had the idea of structuring deals with Pat in mind," Chiefs General Manager Brett Veach said.

"The one thing, as Pat's success kept going on, the numbers kept bigger and bigger. So it took off and that was a good challenge to have. But I remember when this first came out, [director of football administration] Brandt [Tilis] came to me said, 'Pat's going to be a baseball contract. He's that good.' "

He certainly has been the past two seasons.

His strong arm, fleet feet and uncanny ability to accurately throw from different angles already have made him into one of the NFL's big stars. His humble, charming personality has resonated with fans and teammates alike, and the resume is starting to fill up.

After throwing only 35 passes as a rookie, Mahomes broke virtually every single-season franchise passing record in 2018 when he was the league's MVP and led the Chiefs to their first AFC Championship Game in a quarter century.

Then, despite missing two games with a dislocated right kneecap last season, Mahomes closed the regular season with six consecutive victories and capped the season by rallying Kansas City with two fourth-quarter touchdown passes to give the Chiefs their first Super Bowl title in 50 years.

That's all Coach Andy Reid needed to see a long-time investment would be worth every cent.

"I think Brett did a phenomenal job of organizing this. I joked that he and [former general manager John] Dorsey wore me out about bringing Pat here, saying he was the best player they'd ever seen."

And it almost never happened.

Mahomes was a top baseball prospect out of high school and might have followed his father, Pat, and his godfather, LaTroy Hawkins, to the big leagues if he had been selected earlier in the 2014 draft.

Some thought he was worthy of a $1 million deal. But the fear of Mahomes spurning the baseball world for football sent his draft stock sliding, until the Detroit Tigers took him in the 14th round.

But he still found a way to cash in with a deal that surpasses Mike Trout's previous record with the Los Angeles Angels of $426.5 million.

Mahomes wanted even more from the Chiefs.

By agreeing to a deal that would keep him in Kansas City for 12 more years, Mahomes wanted to make sure Reid, 62, would still be coaching and that the Chiefs had enough flexibility under the salary cap to reward his teammates.

Once he checked those two boxes, Mahomes was ready to sign for the half-billion dollar paycheck.

"I knew from the moment I stepped on Arrowhead Stadium field that this was where I wanted to spend my entire career," Mahomes said.

"I've always believed in the legacy thing and I think you see that with the whole entire team. They want to be a part of this culture and they want to build a dynasty. That takes a lot of work and I think we have those guys in this locker room."