Man who spent 3 days as Florida governor dies at 98 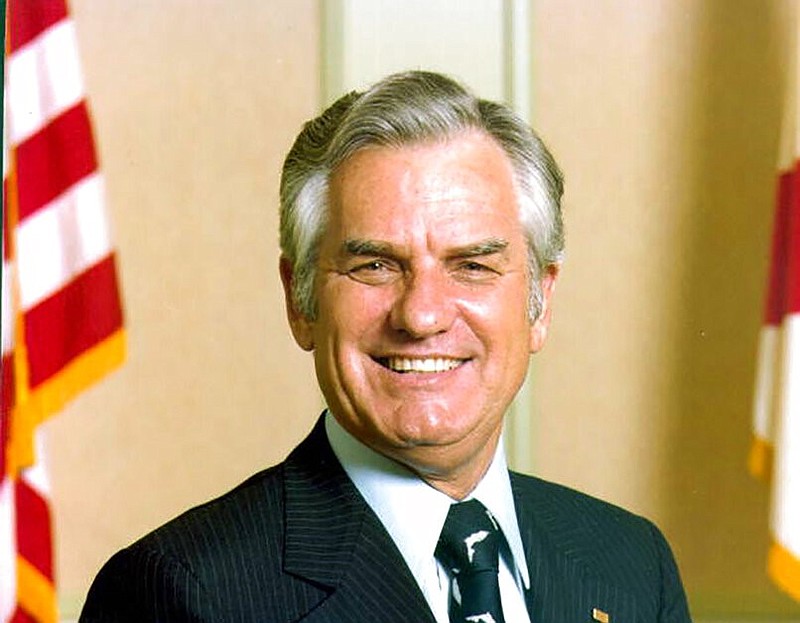 Wayne Mixson poses in Tallahassee, Fla., in this 1987 file photo. Mixson, a two-term lieutenant governor whose 3-day term as governor in January 1987 was the shortest in Florida history, died Wednesday, July 8, 2020, at 98.

Mixson took over the top spot on Jan. 3, 1987, when Gov. Bob Graham resigned early to be sworn into the U.S. Senate. Mixson died at his home in Tallahassee surrounded by his wife, Margie, and loved ones, according to a statement issued by his family.

The two-term lieutenant governor said his three days as governor were “fully packed.” A conservative Democrat, Mixson made close to 200 appointments before Republican Bob Martinez was sworn in as governor.

Graham said in a written statement that he chose Mixson to be his lieutenant governor based on his “strength and honesty of his public service and his devotion to Margie and their life together.”

“His selection was an easy one. Our friendship deepened and my admiration of his intelligence and abilities grew. As Lt. Governor he capably led the Florida Department of Commerce which assured Florida’s position as a coming state on the national level.”

“Played the piano, sang songs and lived it up,” Mixson said in a 2007 interview with The Associated Press. He never got business cards but paid for his own gubernatorial stationery, which he kept for years.

“We had a full Cabinet meeting on [that] Monday,” Mixson said.

He was later persuaded by longtime legislative historian Allen Morris to have his portrait hung alongside Florida’s other governors at the Capitol.

“He came to my office and said ‘I hear you’re not going to have a portrait made.’” Mixson recounted. “‘You were not acting governor, [but] constitutionally the same governor as anybody else in Florida.’”

Mixson was born June 16, 1922, on his family’s farm near New Brockton, Ala., just north of the Florida border, and joined the Navy during World War II, serving as a blimp anti-submarine observer. After the war, he attended Columbia University and the University of Pennsylvania before graduating from the University of Florida in 1947 with a business degree.

“I mourn the loss of Wayne Mixson, a WWII veteran who served as Lt. Governor and Governor of Florida & was appointed U.S. Ambassador under President Jimmy Carter,” Republican Gov. Ron DeSantis said on Twitter. “We extend our condolences to his family as our state and country celebrate his legacy.”

He was elected to the Florida House in 1967, winning re-election five times until he was chosen by Graham as his running mate in the 1978 governor’s race.

“For eight years, I was so fortunate to have such an honest and hardworking person by my side,” Graham said.

Mixson remained politically active after leaving office, and was among the first prominent Democrats to support Republican Jeb Bush in his successful bid for governor in 1998. He said it wasn’t the first time he crossed party lines — he’d done it in the 1950s to support Dwight Eisenhower for president.

Information for this article was contributed by Brent Kallestad, a retired writer for The Associated Press.