Space for the Public Eye 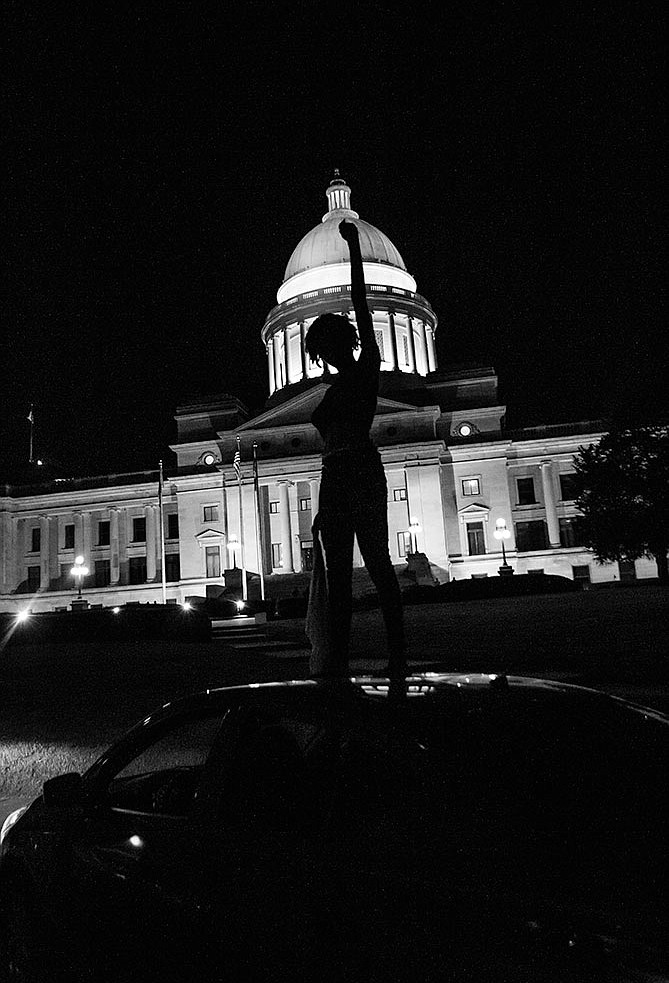 IT SHOULD have come as no surprise that in the wake of months of quarantine, the human response would become weeks of rallies and demonstrations—mass gatherings of people to voice their frustration. It was as if we were reminding ourselves of the value of democracy, of the vitality to be found in a collective, by returning to public spaces, useful for providing humans not only with the site, but the reason, to congregate. “Without public things, we have nothing or not much to deliberate about, constellate around, or agonistically contest. There is nothing to occasion the action in concert that is democracy’s definitive trait,” writes Bonnie Honig in Public Things: Democracy in Disrepair.

According to Honig, things that are public—institutions, but also spaces themselves—give us a reason to affirm our participation in a democracy. “The democratic experiment involves living cheek by jowl with others,” Honig wrote in the Boston Review in 2017, “sharing classrooms, roads, and buses, paying for them together, complaining about them together, and sometimes even praising and enjoying them together.” Perhaps that’s why images of unoccupied public spaces so unsettled us, because these sites were not being put to their rightful use. Something about their vacancy signaled a breakdown, an erosion of the ties that made us a public at all.

Losing our most basic shared sites quickly revived our sense of needing these spaces. First came the fears over the economic impact of quarantining, a stark reminder that people gathering is often a signal of robust commerce. Grocery stores were emptied of needed items, and we were reacquainted with not just our need for the sociability of the places, but of the devastating impact our impulse to hoard in the face of impending shortages can have on global supply chains. We learned that as much as stores depend on our need for the goods they provide, they also rely on our habitual, measured use of them. Then came our fears of food insecurity, especially for children, many of whom depend on another public thing, schools, to provide much-needed access to daily nutrition. This reminded us that schools, in addition to serving as emotional sites for the development of young people, become the front line for addressing a whole host of issues affecting this vulnerable population.

Seeing all these places abandoned set off an alarm, something akin to the sadness one encounters from the haunted quality that public spaces take on when emptied, as though the sound and motion they contain when filled with people continue to reverberate there, magnifying their bereftness. But there was also a deeper panic, that the institutions we rely on to sustain public life were endangered. “At their best, public things gather people together, materially and symbolically,” Honig writes in Public Things, “and in relation to them diverse peoples may come to see and experience themselves—even if just momentarily—as a common in relation to a commons.” The pandemic was forcing us to see the inverse, what we become without those public things, isolated from one another.

In the wake of the death of George Floyd during the pandemic, much of the general outrage again became who has access to public things—in this case, whether black people have the right to occupy public space without fearing recrimination, and ultimately, death, from the police. From behind face masks, and maintaining space in order to try and accommodate social-distancing recommendations, protesters spread themselves to occupy public spaces and declare a need to reconsider the way we grant access or use of those spaces and to whom.

Yet, even in the midst of our new seclusion, new communities began to bud. The loss of community one had shared at a local gym became the unknown neighbor we began to see habitually, and then look for, walking laps at the community track. The explosion in video-conferencing occasioned group chats with family and friends whom we might otherwise have neglected to call. And were we hearty enough to brave the heat and COVID-19 fear and attend a local demonstration, we were startled at the feeling of togetherness to be found in the density of a crowd, a reaffirmation of what can arise from pulling together to voice a common message.