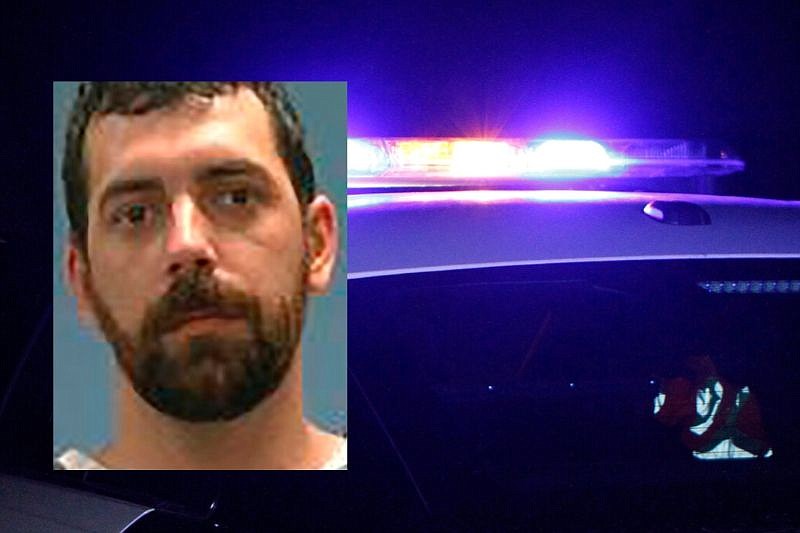 The Arkansas State Police arrested and charged a former Alexander police officer Wednesday in the June 3 shooting death of a fellow officer.

Calvin Salyers, 33, is charged with felony manslaughter in the shooting of Scott Hutton. Shots were fired through the door of Salyers' home, fatally wounding Hutton in the chest just after 7 p.m. that day, according to state police news releases.

The State Police investigated the shooting before turning its findings over to the Saline County prosecutor's office, said spokesman Bill Sadler.

"There was a complete investigative file," Sadler said. "Everybody who was present was questioned. Everybody who may have had any knowledge that led up to that one hour before, two hours before, this officer went to that residence."

Alexander Training Sgt. Matt Wharton told investigators that just after the "riots in Minneapolis," Salyers told him that he would "shoot through the door" if any protesters showed up at his home, according to a court document narrative from state police Special Agent Ryan Jacks.

Protests were held across the country after the Minneapolis death of George Floyd in late May. Floyd died while being detained by four police officers.

Wharton said he reprimanded Salyers and told him that shooting through the door would be "reckless and negligent" and that officers could not shoot anyone without first identifying the person as a threat.

The Alexander Police Department took those statements seriously and used them in an internal investigation after the shooting, according to Alexander police spokeswoman Sgt. Jessica Burnett.

"I was actually the lead on the internal investigation, and that was part of my investigation was digging into those statements that were made," Burnett said.

On June 3, Saline County deputies were sent to Salyers' home at 15458 Evergreen Dr. after Salyers and his girlfriend reported an officer down by accidental gunfire, according to the narrative.

Hutton, 36, had approached the door and knocked, and Salyers, holding a firearm, looked through the peephole, Jacks said.

Salyers told police he saw a dark figure with a firearm, Jack said. Salyers said he transferred his weapon to his other hand and reached for the door handle, accidentally firing a shot through the door and hitting Hutton in the chest, according to Jacks.

State police investigators found contact residue around the bullet hole in the door suggesting that the firearm was pressed against the door when it was fired, the narrative read.

Alexander police officers go through extensive firearms training and have plenty of resources available to get additional training if needed, Burnett said.

"We qualify easily twice a year," Burnett said in regard to firearms training. "Pretty much any extra training that the officers want, they're able to go to. We don't turn down for any training."

According to the Arkansas State Code, someone commits manslaughter if the person "recklessly causes the death of another person."

The charge against Salyers was left up to the prosecuting attorney, Sadler said.

"Ultimately it's the prosecuting attorney that makes that decision -- what elements of this investigation spell manslaughter," Sadler said.

Multiple attempts to reach Alexander Mayor Paul Mitchell were unsuccessful, and a city official said he would be unavailable to comment until Monday.