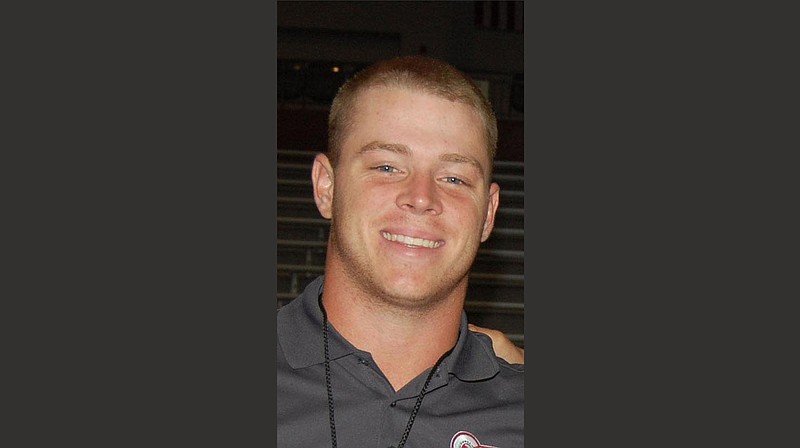 Kale Emshoff experienced the highest of highs when he officially signed as a free agent with the Kansas City Royals.

It didn't take long for the Texas native to encounter his first low moment either.

"I missed my connecting flight while trying to get back home from Kansas City," he said. "I landed in Houston on [June 26], ran to my next gate, and they're like, 'Nah, you've missed it.' The next flight wasn't until like 7:30 p.m., so I went ahead and got a rental car.

"But I had to pay extra because it was just a one-day thing. So four hours heading back in the rain ... oh well."

The Robstown, Texas, native will gladly endure a little airport mayhem if it means he'll get a chance to live out a live-long dream. It's a price he's more than willing to pay.

"It's such an amazing feel right now," he said. "When I was signing my contract in front of the Royals' scouting director and in front of the team's general manager, Dayton Moore, I hadn't been that nervous since the first time I stepped on a collegiate baseball field as a freshman. My heart was racing, and I was shaking a little bit.

"But then when I wrote my name out, it was just like a tremendous amount of stress was off."

Stress levels for Emshoff may increase as his career progresses, but for now, he's adapting to everything that comes with playing major league baseball.

The former University of Arkansas at Little Rock catcher wasn't picked during the league's virtual draft, which was shortened from the usual 40 rounds to five because of covid-19. The condensed event hurt Emshoff's chances of receiving a phone call from one of the 30 major league teams, but that changed in a big way a couple of days afterward.

Teams were allowed to contact undrafted players the morning of June 14. Emshoff barely had enough time to stretch his legs before his phone began ringing.

"As soon as that time came around and the day started, it all changed," he said. "Nine o'clock hit, and it was like a light switch went off. They all started calling me. I literally picked between the entire league that day.

"My phone almost exploded because it was on the entire time. I was running stuff through my iPad and my computer, and I was taking notes and asking questions. It was just nonstop for me."

The feeling was one of appreciation for Emshoff, who went into the draft as the 10th-rated catcher according to MLB.com. The 6-2, 228-pounder was a preseason All-Sun Belt Conference selection in 2020 and appeared to be on his way to postseason accolades after hitting .417 with a league-leading 7 home runs through 17 games. He also was in the middle of a 13-game hitting streak when the NCAA canceled the remainder of the season over concerns about the coronavirus pandemic.

The shear volume of calls suggested Emshoff had done more than enough to warrant looks, but the Royals were the ones who made the biggest impression – one that started long before the draft process began.

"That team scouted me all the way through high school and college," Emshoff said. "Starting that day, I wiped the slate clean on everyone, though. Obviously, some players already had their favorites, but I didn't have any favorites in particular because I don't really look at baseball that way. I'm more of a favorite player type of person.

"Kansas City, as I looked back at my career, was always that team checking in on me and seeing how I was doing. Not too many teams do that."

The Royals' pitch to him only increased his admiration toward them. He noted that neither Moore nor anyone else in the organization had to sell him on anything. It was more so the team's scope that drew him in even further.

"You know, the way they preached about the team," he said. "It was family-oriented, all the guys pull for each other, and I like that. And then on the developmental side of it, they talked about not only making me a better baseball player but also making me a better person.

"They said, 'We're going to raise husbands here and develop them to be good men.' That was all genuine to me."

He agreed to terms with the team later that day and eventually signed his free-agent deal June 23 in Kansas City. He went through orientation during the week, too, a process that included getting up at 7 a.m. and heading to the team's ballpark, Kauffman Stadium, for meetings and individual conferences with Royals' officials that lasted throughout the day.

Emshoff also admitted that MLB's decision to have a 2020 season strengthened his excitement, although minor-league seasons were ultimately canceled.

Still, he's determined to remain focused on the things he can control, even if that means taking an alternate route back to Kansas City.

"Just got to keep moving forward and stay confident and positive about things," he said. "At the end of the day, we're playing baseball as a job. Even while in school, it should be a privilege to step on that field every time. There shouldn't be a feeling of like 'I have to go play baseball.'

"It's an opportunity where you should want to go do it because you were a student athlete. Right now, because I was a student- athlete, I'm now doing this for a living. I'm so happy it turned out the way I wanted to, but I've still got a long way to go."