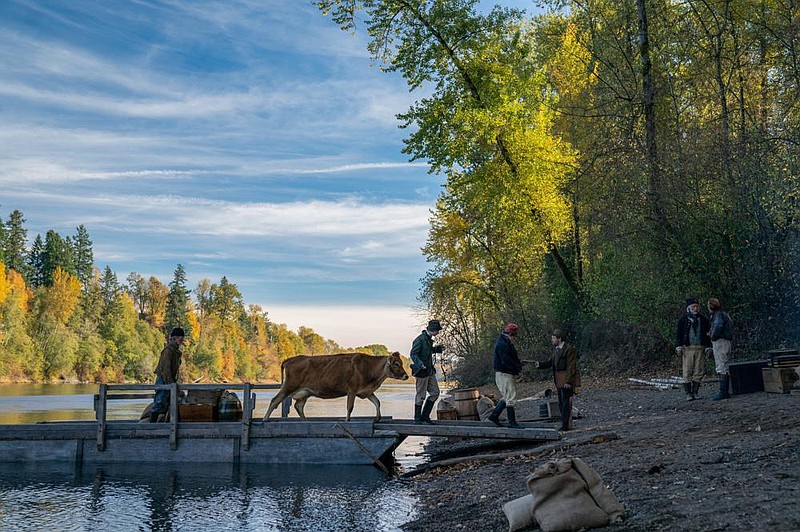 Kelly Reichardt’s “First Cow” follows a pair of impoverished fortune seekers as they wander the Oregon Territory of the 1820s, in search of their fortunes, human kindness and baked goods.

Outside a ramshackle cabin, on the edge of a fur-trappers settlement somewhere in the northwestern territories in the 19th century, a couple of friends are talking about the strange land they have found themselves in. "Pretty much everywhere has been touched by now, but this is still new," King Lu (Orion Lee), a Chinese man come to the territory after crossing the globe and far distant ports, tells his friend, Cookie (John Magaro), a gentle soul, who has been serving unhappily as the cook for groups of fur-trapping brigands. "More nameless things around here," King continues, "History isn't here yet."

Kelly Reichardt, the film's highly accomplished writer/director, is in familiar territory. In a career that has now gone two and a half decades, she has amassed a fascinating catalog -- including "Old Joy," "Meek's Crossing," and "Night Moves" -- the dominant themes of which are often tied to our natural habitat, pitiless as it might be, and the horror humankind brings upon itself in an attempt to gain control of the environment they find themselves in.

King and Cookie, reunited after first meeting under adverse circumstances -- King, naked and starving, begged Cookie for some food in the middle of the unsparing woods -- end up settling in together, enjoying each other's company and discussing possible plans for their future. When the sole member of the transplanted gentry, Chief Factor (Toby Jones), has a cow brought in so he can enjoy a proper British cup of tea in the morning, the friends hatch a scheme whereby they steal milk from the cow in the late evening and have Cookie mix it into a batter the pair can sell at the local market, fried up into what they call "oily cakes."

Meeting with significant demand, they are able to jack up their prices, soon storing enough money to contemplate moving to San Francisco, and opening a bakery/hotel together, Cookie's fondest dream. The acclaim eventually catches the ear of Chief Factor, though, who enjoys the cakes enough to hire Cookie to create a special Clafouti for an incoming guest whom he wants to impress. Suspicions begin to arise, but King waves off Cookie's hesitancy to continue ("Men like us," he says, "we have to make our own way... we have to take what we can while the taking is good.") Naturally, things turn south for the friends, and they have to go on the lam to avoid further trouble.

Reichardt, a naturalist at heart, is not known much as a humorist, but there is a lightness to her screenplay -- co-written by Jonathan Raymond, her frequent collaborator, who wrote the original novel upon which its based -- that keeps it as sweetly airy as one of Cookie's fried confections. The two friends are so out of step with their surroundings -- the party of men Cookie initially travels with are little more than brutish thugs, and the fort upon which they end up is no better -- they almost had to find each other. They are reunited in the local bar of the fort only because literally every other patron runs out to egg on a brawl between two loutish combatants.

Still, for a film largely concerned with the creation of early doughnuts, it maintains a certain stirring melancholy -- begun with a simple coda, Reichardt sets the story in historic relief in a way that thrums with reverberations by the final shot.

The irony with King's early observation about the land, of course, becomes increasingly obvious, even with such relatively obscure men, who have larger dreams they aren't afforded opportunity to accomplish. It is precisely these sorts of stories that build and accumulate like the floating debris of leaves and twigs caught in floodwaters and bunching up together at the river mouth that gives us our history, the triumphs and tragedies, the sublime achievements and horrible twists of ill fate that name everything we touch. It's equal parts our curse and our blessing that we are never able to leave well enough alone. 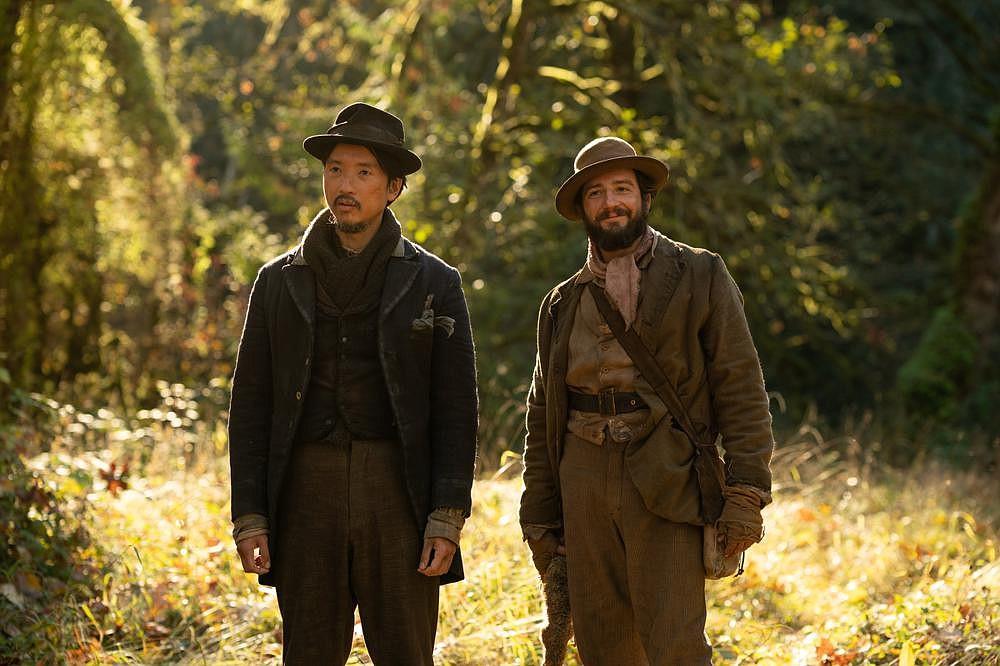 Chinese immigrant King Lu (Orion Lee, left) teams up with a hapless loner Cookie Figowitz (John Magaro) — who happens to also be an excellent cook — on an entrepreneurial venture that requires the clandestine participation of a wealthy landowner’s prized milking cow in “First Cow.”
ADVERTISEMENT