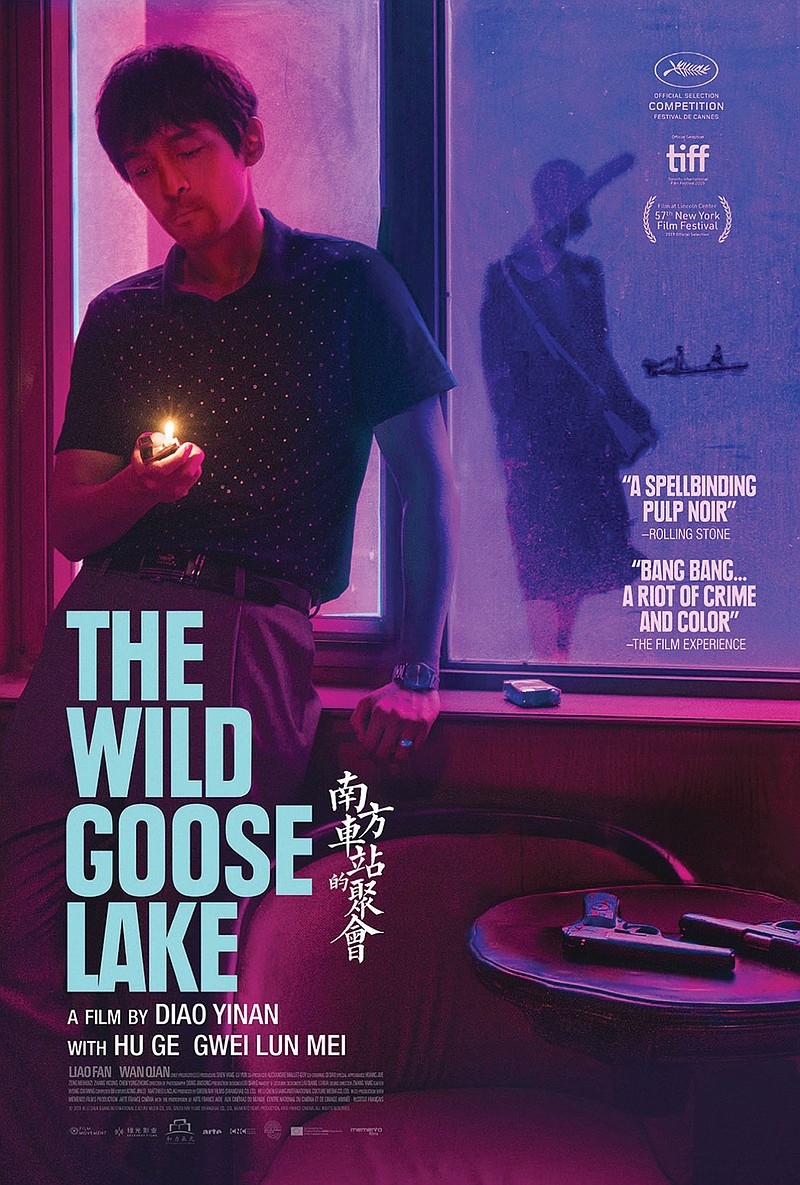 Not for the lazy summer-sliding seeker of predictable story-telling. This is a tough, tense and darkly funny Chinese crime story, beautifully photographed and tautly told, about a gangster who has abandoned his family and, while on the run, encounters a seemingly mild-mannered woman who harbors a relevant secret.

It's ironic that the film's opening scene is a station on the outskirts of Wuhan, where the coronavirus made its first strides in capturing the world's attention.

"Mighty Oak," (PG-13, 1 hour, 42 minutes) This extraordinarily odd little movie got a sort-of theatrical release earlier this year; it might have been the last movie to open in Arkansas theaters before covid-19 shut everything down. It presents as an innocent sacrificed to the inscrutable gods of pandemic marketing -- it's a children's movie that posits a 12-year-old as the re-incarnation of Bob Dylan's grandson (or at least a character played by Bob Dylan's grandson) that also has something of the flavor of an underfunded faith-based film.

That said, there are worse choices, though the movie is largely an infomercial for the pleasant, but by no means stunningly impressive musical chops of young Tommy Ragen, who we might indeed hear from someday. If we do, he'll probably regard this mild and morbid curiosity as a youthful indiscretion. With Janel Parrish, Carlos PenaVega, Alexa PenaVega; directed by Sean McNamara.

"Belzebuth," (Not rated, 1 hour 54 minutes) Mexican horror film by Emilio Portes, who's known for injecting his horror movies with a dose of skewed comedy. But he plays this story of a detective who loses his newborn child to a massacre in the maternity ward relatively straight. The detective and his partner embark on an investigation into attacks on both sides of the U.S./Mexican border on young children, possibly sponsored by terrorists. Along the way, they pick up an excommunicated priest with some out-there ideas about the paranormal aspects of the case. With Tobin Bell, Tate Ellington, Joaquín Cosio, José Sefami.

"Blood and Money," (Not rated, 1 hour, 29 minutes) Fans of the chronically under-used Tom Berenger might like this "geri-action" film ("don't slip, you'll break your hip") about an aging and ailing hunter (Tom B.) who finds a bag of money in the woods and has to escape the bank robbers who want it back. As B movies go, this is another one.

"The Lost Husband," (PG-13, 1 hour, 49 minutes) After Libby's husband dies, she loses her house and must move herself and her two kids in with her hypercritical mother, a fate she's delivered from when her long-estranged aunt offers them sanctuary on her goat farm in the Texas Hill Country. Extra bonus, gruff but lovable farm manager James O'Connor (Josh Duhamel) puts her to work. And romance ensues. But despite the rather standard narrative, the performances and permeating sense of hurt that hangs over the proceedings elevate the film over the usual Hallmark Channel offering. With Leslie Bibb, Kevin Alejandro, Sharon Lawrence.

"Proximity" (not rated, 1 hour, 59 minutes) A handsomely photographed low-budget alien thriller with a decent cast and serviceable special effects follows a NASA scientist who is perplexed that nobody believes his story of being abducted by extraterrestrials. So he becomes determined to prove it. With Ryan Masson, Christian Prentice; directed by Eric Demeusy.

"Sorry We Missed You" (not rated, 1 hour, 41 minutes) Like most Ken Loach films, this is skillfully rendered yet difficult to watch as it depicts the disasters that can affect everyday people trying to hold their lives together when faced with adversity. A desperately under-employed UK driver and his wife, struggling to beat back debt and keep their family intact after the 2008 financial crash, pin their hopes on running a delivery franchise, which turns out to be a modern form of labor exploitation. With Kris Hitchen, Debbie Honeywood, Rhys Stone; directed by Ken Loach.

"The Other Lamb" (not rated, 1 hour, 37 minutes) An obvious yet artfully crafted allegory concerning the oppressive nature of a peculiar patriarchal system, this drama centers on teenager Selah (Raffey Cassidy), who's born and raised in a cloistered all-female cult led by a controlling messiah-like figure. Her curiosity leads her to question his teachings and the unreal environment in which she lives, with undesirable results. With Raffey Cassidy, Michiel Huisman; directed by Malgorzata Szumowska.

"Sweetness in the Belly" (not rated, 1 hour, 50 minutes) This earnest, emotion-laden but overly complicated drama follows an orphan named Lilly (Dakota Fanning) who, abandoned in Ethiopia when she was small, makes her way as a refugee to England where she works to aid other immigrants and refugees in reuniting with their families. With Kunal Nayyar, Wunmi Mosaku; directed by Zeresenay Mehari.