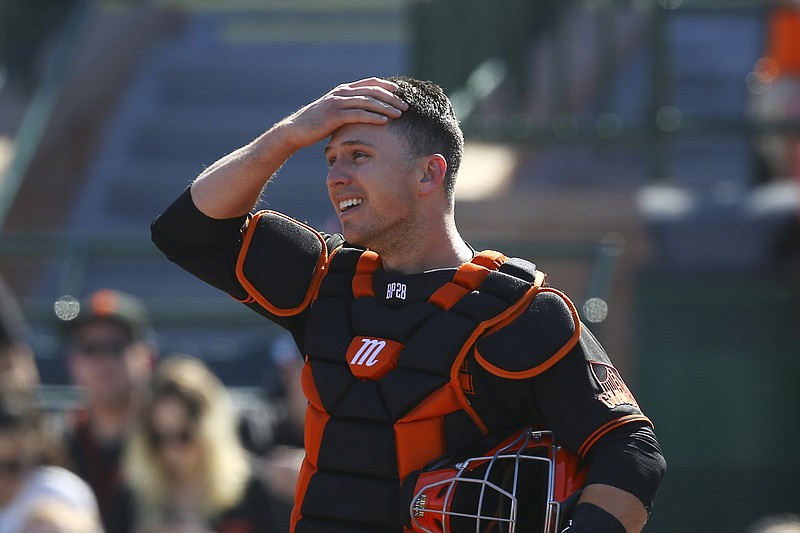 FILE - In this Monday, Feb. 24, 2020, file photo, San Francisco Giants catcher Buster Posey wipes sweat from his forehead during the first inning of a spring training baseball game against the Arizona Diamondbacks in Scottsdale, Ariz. Posey is the latest big-name player to skip this season because of concerns over the coronavirus pandemic. Posey announced his decision on Friday, July 10, 2020. He says his family finalized the adoption of identical twin girls this week. The babies were born prematurely and Posey said after consultations with his wife and doctor he decided to opt out of the season. (AP Photo/Ross D. Franklin, File)

Later Friday, the Chicago White Sox said prized pitching prospect Michael Kopech wouldn't play this year. No reason was given for his decision.

Others like Texas slugger Joey Gallo and San Diego outfielder Tommy Pham provided good news: They can get back on the field after previously testing positive for the virus.

One week into Major League Baseball's strange summer camp, the constant churn of rosters is one of the few constants.

Posey -- a six-time All-Star and the 2012 National League MVP -- said his family finalized the adoption of identical twin girls this week. The babies were born prematurely and Posey said after consultations with his wife and doctor he decided skipping the season was in his family's best interest.

"These babies, being as fragile as they are for the next four months minimum, this wasn't ultimately that difficult a decision for me," he said.

Arizona Manager Torey Lovullo has developed a straightforward strategy to deal with his changing situation in the middle of a stress-filled pandemic. The Diamondbacks have had multiple players test positive for covid-19, including pitcher Junior Guerra, outfielder Kole Calhoun and young prospect Seth Beer. All three have already been allowed to return.

"I get something at the beginning of the day or at the end of the day that says 'This is who's available, and this is who's not available,' " Lovullo said. "So it's kind of a boring answer."

But trying to keep things simple has been paramount as MLB continues its cautious journey to a 60-game regular season that's scheduled to begin on July 23. The first seven days of camp were anything but dull: Several players across the sport tested positive for covid-19, results for some tests were delayed and a slow trickle of players have decided to opt out of the season, citing personal, health or family reasons.

While some have opted out of the season, others have carefully weighed the risks and decided to play. Baltimore pitcher Alex Cobb has a young family to care for, including a newborn, so he wasn't so sure about participating in the delayed season.

But after consulting with his wife, pediatricians and doctors, Cobb joined the rebuilding Orioles.

"There's just no guarantee that if I opted out and stayed home that we wouldn't get it," he said this week, wearing a mask during a Zoom call from Camden Yards. "This is a great opportunity for me personally -- especially since I missed all last year -- to go out and get a season in."

In the middle of the uncertainty there have occasionally been rays of hope: Gallo returned to camp after missing the first week following a positive covid-19 test. Padres Manager Jayce Tingler said Pham has also been cleared through MLB. Pham tested positive during intake and was asymptomatic.

"After a week, we're a little farther along to where I probably thought we would be when we started," Snitker said Friday.

There is no update as to when Freeman and the other three will rejoin the team.

Similar to the sounds being used by leagues in Taiwan and Korea since they returned to play during the pandemic, the tracks included the constant, running chatter of fans talking in the stands that is typically heard during a game -- though at a subdued level. The Texas Rangers are also experimenting with a similar plan.

The sounds also featured fan reactions, such as when Andrew Benintendi (Arkansas Razorbacks) sliced a double into right field to lead off the game. There were also applause-backed cheers of fans, like when Martin Perez walked in a run with the bases loaded.

Baltimore announced that left-hander John Means will start for the Orioles in their July 24 opener in Boston. Means went 12-11 with a 3.60 ERA for Baltimore last season, accounting for nearly a quarter of the last-place team's 54 victories. He was the Orioles' lone representative in the All-Star Game and finished second in American League Rookie of the Year balloting.

VLAD JR. ON THE MOVE

The Toronto Blue Jays said they're moving young slugger Vladimir Guerrero Jr. across the diamond from third base to first base.

Toronto Manager Charlie Montoyo said Guerrero feels comfortable at first and the team has Travis Shaw ready to play third. The 21-year-old hit .272 with 15 home runs and 69 RBI as a rookie. He's the son of Hall of Fame outfielder Vladimir Guerrero.

The Chicago Cubs pushed back some of their schedule on Friday because of delays in getting the results of the tests taken on Tuesday. But president of baseball operations Theo Epstein praised the "big strides" in a program beset by hiccups in the early going.

"Hiccups were to be expected," he said. "Major League Baseball had not previously tested for viruses like this before. So to go from zero to 17,000 a week, I think it would have been naive to expect there would be no learning curve whatsoever."

He added no players have come up positive during the intake or monitoring phase. 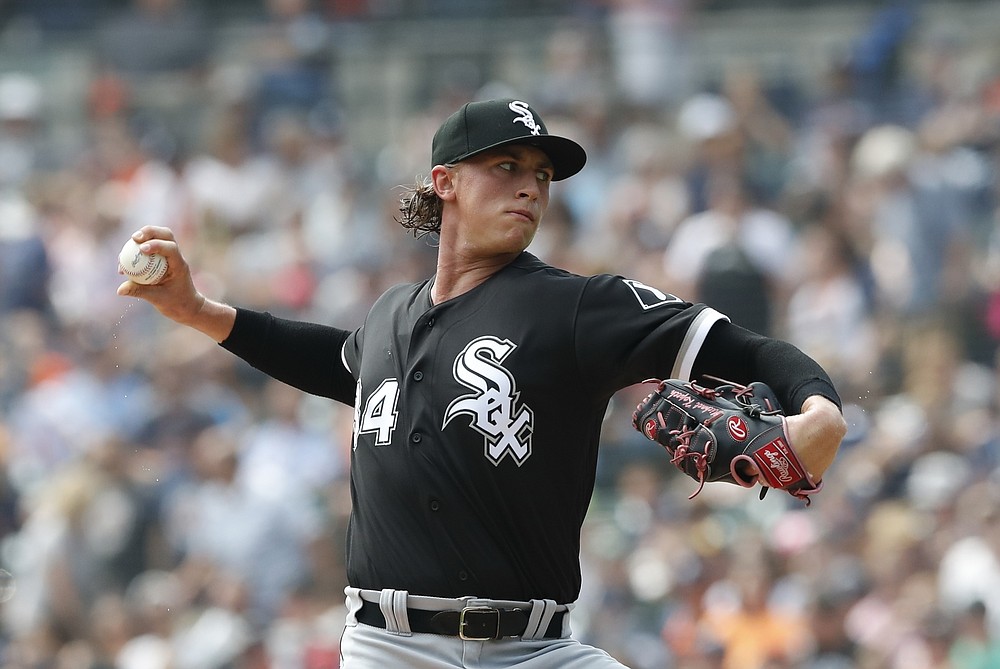 FILE - In this Aug. 26, 2018, file photo, Chicago White Sox starting pitcher Michael Kopech throws during the first inning of a baseball game against the Detroit Tigers, in Detroit. White Sox prospect Michael Kopech missed the start of summer camp Frida, Ju;y 3, 2020, due to a personal matter. General manager Rick Hahn said he doesn't have a timeline for the return of the 24-year-old right-hander. “Given the time we're living through together I will try to answer the question that's probably now at the top of everybody's mind and just share the fact that currently Michael is healthy,” Hahn said on a video conference call.(AP Photo/Carlos Osorio, File) 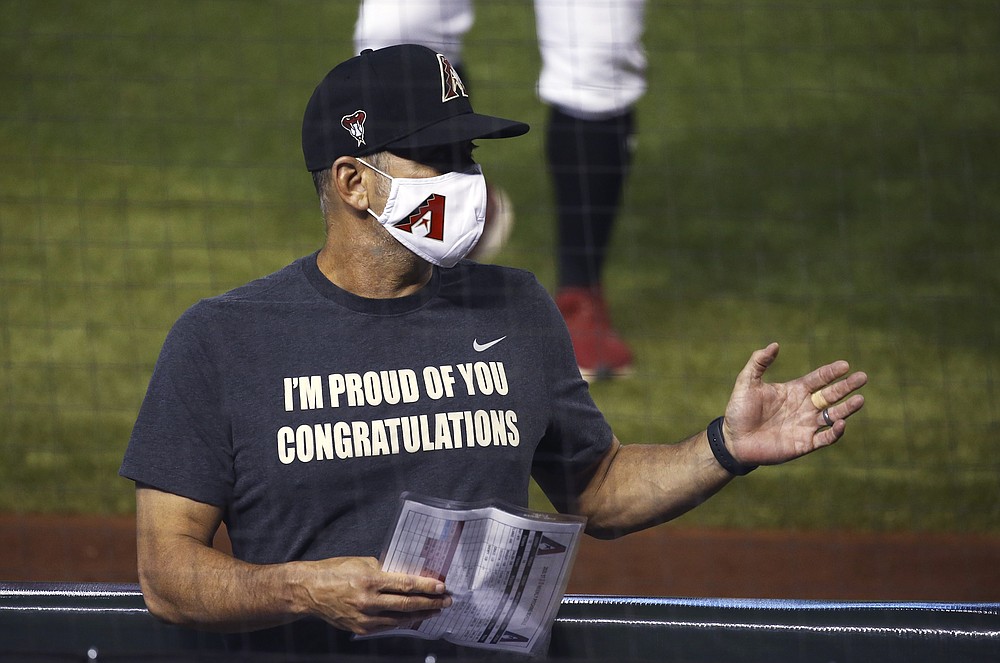